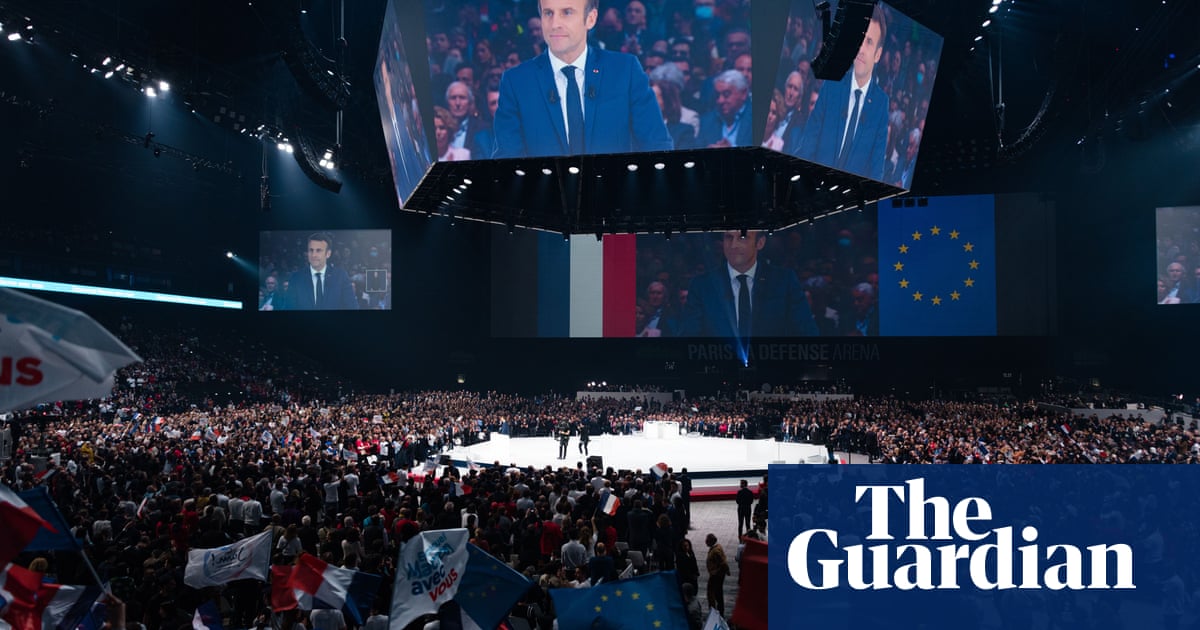 France’s 2022 presidential election campaign has been curiously devoid of passion and excitement – partly because for so long its outcome looked a foregone conclusion. But amid the general apathy, some revealing moments have stood out.

Elected five years ago as “neither of the right nor the left”, Emmanuel Macron is seen as having veered rightward in office – and winning over disillusioned left-leaning voters will be crucial to a second term. At his one big rally of the campaign, Macron cheekily recycled not just the two successful campaign slogans of France’s first Socialist president, François Mitterrand (“A calm strength” [“La force tranquille”] and “France united”), but also a far-left, anti-capitalist battle cry first coined in 2002: “Our lives are worth more than their profits.” It didn’t go unnoticed.

Marine Le Pen’s long campaign to detoxify the far-right, anti-immigration party Rassemblement National (National Rally), founded by her father, Jean-Marie Le Pen, in 1972, has also involved a sustained effort to soften her own image. In an intimate TV interview she opened up about her sometimes troubled childhood, confessed to the problems her surname had caused her – and rhapsodised at length about the six cats who share her life, revealing she has recently passed the diploma to become a registered breeder. Nobody hates a cat lover, do they?

Valérie Pécresse, the rightwing Les Républicains candidate, has had a miserable campaign, representing a divided party, playing a more hardline role than she is comfortable with and suffering multiple defections by senior party figures. She wasn’t helped by the pointed lack of public backing she received from perhaps the most senior of all, Nicolas Sarkozy, who at one stage opted to support PSG at a football match rather than attend a Pécresse rally. When the former president’s name was mentioned, it was resoundingly booed.

Arguably the most heated debates were a series of face-to-face confrontations between the far-left firebrand Jean-Luc Mélenchon and the far-right TV polemicist Éric Zemmour, bad-tempered affairs that at times descended into outright slanging matches – so much so that during one encounter Zemmour complained he was being unfairly bullied. “You didn’t seriously come on here, opposite me, and expect to be stroked?” responded the famously belligerent leader of La France Insoumise (Unbowed France). The exchange went viral, not least for the double entendre.

The clash between the fanatically anti-immigration Zemmour and one of France’s great sporting heroes was only ever going to end one way. The extreme-right candidate was sent off when he turned up for a kickabout at a five-a-side football club in Aix-en-Provence founded by the football legend and former France captain Zinedine Zidane, the son of Algerian immigrants, and run by his brother. “Get them out of here. All of them,” Noureddine Zidane said, minutes after Zemmour – whose campaign had booked the venue, but not revealed who it was for – arrived with cameras in tow. Zidane 1, Zemmour 0.