There is no better representation of the decline of the English upper class into the global rich’s servant class than Ben Elliot. Da una parte, the co-chairman of the Tory party is now a rent collector, hauling in money for the Johnson administration from the Russian rich and native hedge fund bosses.

Dall'altra, he is an actual servant: an upmarket flunkey, to be sure, praised by society magazines for his “puppyish schoolboy charm”, but a flunkey nonetheless. Elliot is a founder of the Quintessentially “concierge” service that gives the super-rich anything they want: luncheon on an iceberg; the Sydney Harbour bridge closed for a wedding proposal. There’s nothing Elliot won’t do for paying customers up to and including arranging a meeting with our future sovereign. Camilla, Duchess of Cornwall, is Elliot’s aunt and it appears that no considerations of good form or good manners have prevented him monetising the connection. Not that the prince appears to mind. A Quintessentially advert interrupts a montage of shots of yachts and celebrities to quote his royal highness as saying he is “particularly grateful” to Quintessentially for organising a party he attended. Members of Elliot’s Quintessentially club donate to the Conservatives. The Conservatives gave Elliot £1.4m of taxpayers’ money nel 2016 to “attract the right high-value individual investors to the UK through bespoke programmes”. If on arrival, those high-value individuals went on to show how valuable they were by hiring Quintessentially and donating to the Tories, the circle would be complete.

Upstairs has moved downstairs in the remains of the Tory day and a large segment of British capitalism is now employed as the best servants money can buy. The law, PR, City, estate agency and banking know that easy riches come from serving the large part of the world where it pays to forget Balzac’s warning that the secret of a great fortune no one can explain is invariably an undetected crime. For want of an agreed name I propose “Corruptistan” to cover Russia and the ex-Soviet states, the kleptocracies of Africa and the Middle East and probably soon China as the communist elite learns how to expatriate its wealth.

Given the secrecy of the financial system, the defunding of the police and regulatory authorities and the English libel law, no one can say how many in the UK are living off immoral earnings. But two statistics and one quotation give us a measure of the UK’s dependency culture. Graeme Biggar, of the National Economic Crime Centre, said a “disturbing proportion” of criminal money from the old Soviet Union is “laundered through UK corporate structures”. Companies House, nel frattempo, has become a front organisation for organised crime. So welcoming is it to criminals that 335,000 of its listed companies do not reveal the name of their beneficial owners. E 4,000 of the names it appears to reveal turn out on close inspection to belong to children aged two or under.

Lo scorso mese, Professor Sadiq Isah Radda, a Nigerian anti-corruption official, encapsulated the consequences of the UK’s tolerance of theft. An opponent of corruption in Nigeria, home to countless online scams? A joke figure, you might think. But Radda spoke with a seriousness no government minister can muster when he said the UK was “the most notorious safe haven for looted funds in the world today”. The corruption we facilitate destablised Nigeria and, he might have added, many other countries besides.

La settimana scorsa, a handful of MPs asked why the Conservatives were so peculiarly soft on this particular crime. Nel 2017, they promised a law that would compel the foreign owners of UK property to reveal their identities. (The willingness to allow private and state criminals to launder their wealth anonymously through the prime London property market was Radda’s main charge against Boris Johnson.) Nothing has been heard of this bold “anti-corruption strategy” since.

Likewise, the government has said it wants to stop Companies House being a crime scene where anyone can set up a firm without proof of identity or the most cursory checks. Even the Conservative party appeared to agree that it should not be harder to apply for a passport than to set up a shell company. But once again nothing happened.As for the recommendations in the Russia report on money laundering, they vanished as soon as they were made. 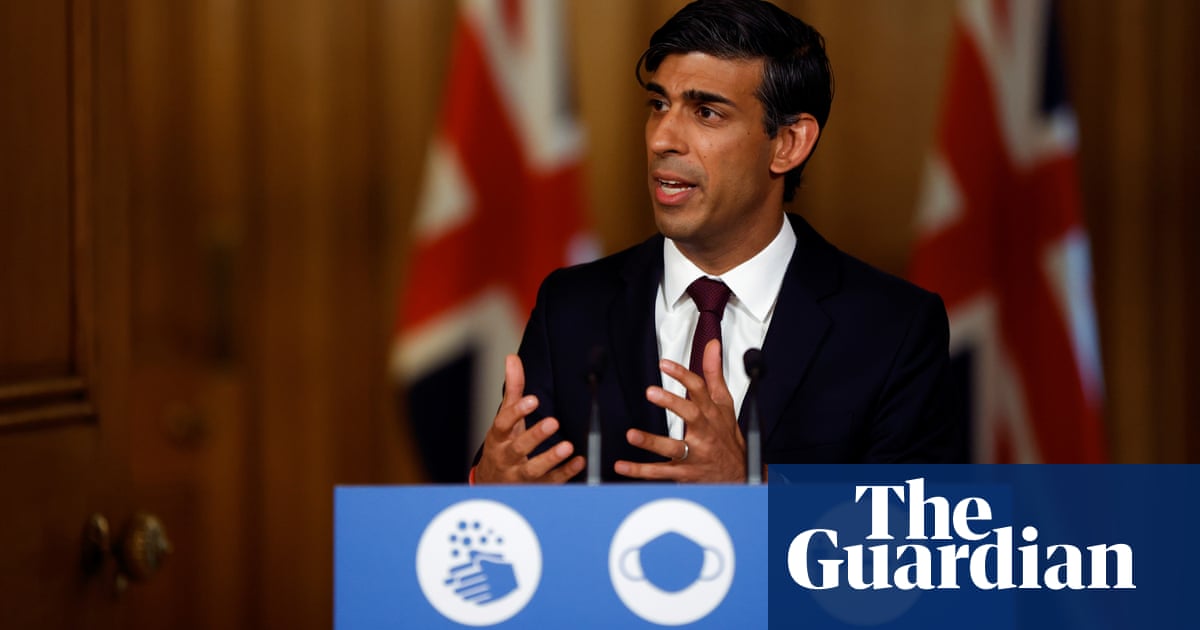 When it was announced in the first days of the coronavirus pandemic in March 2020, the chancellor, Rishi Sunak, described the furlough scheme as “as one of the most significant economic interventions at any point in t...

Before he got sick, Thich Nhat Hanh urged his followers not to put his ashes in a vase, lock him inside and “limit who I am”. Anziché, the Vietnamese Zen Buddhist monk, poet and peace activist apparently told them: “I...