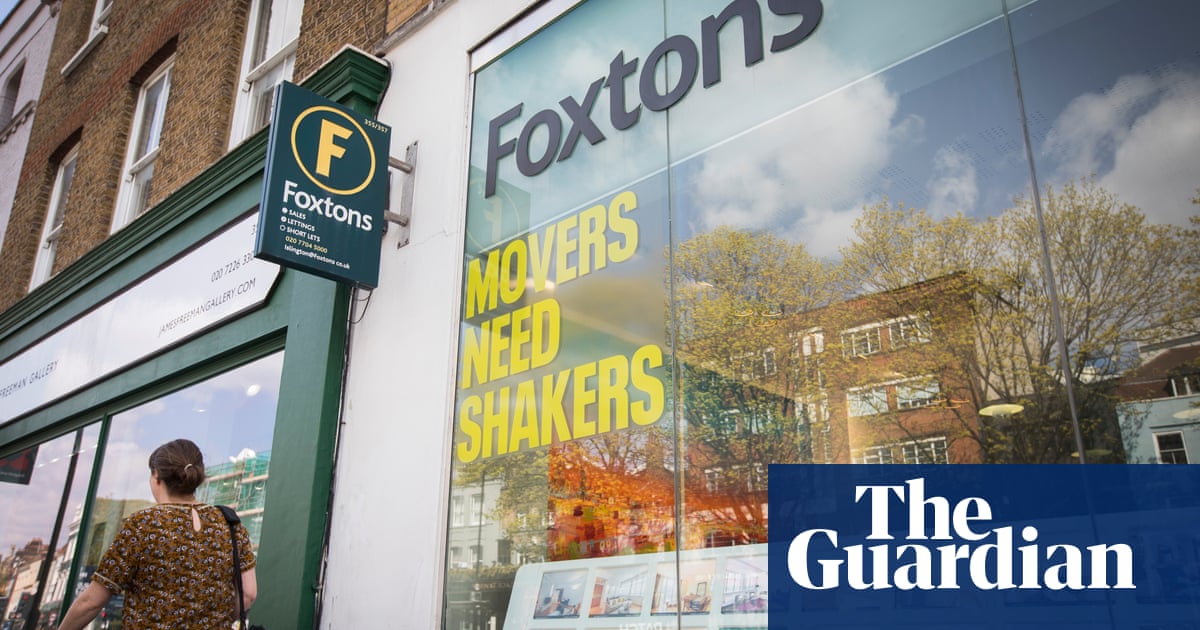 The chairman of the London estate agents Foxtons has quit after the company’s biggest shareholder demanded a boardroom shakeup.

Ian Barlow, wat die afgelope agt jaar voorsitter was van Foxtons, is to stand down once a successor has been appointed, by the end of the year.

Foxtons shareholder Hosking Partners, which is run by the investment tycoon and prominent Brexiter Jeremy Hosking, has been pushing for “radical board-level change” after the company’s poor share price performance in recent years. The company also faced down a major shareholder revolt over executive pay in April.

Barlow said: “A series of challenges to the Londen property market since the Brexit referendum, compounded more recently by the pandemic, have impaired our recent trading performance.

“Maar, the business has huge potential and I am confident that the refreshed growth strategy, agreed by the board last year and set out in the capital markets day presentation in June, will result in a substantial rebound in performance.”

Foxtons’ stock price has fallen sharply since July 2014, when Nic Budden became chief executive. At that time, the shares were changing hands at just over 300p and the estate agent had a market value of more than £1bn, which has since dwindled to £190m. Egter, the share price has recovered somewhat since last November and rose 0.85% to 59.5p on Wednesday.

Hosking, which owns 11.2% of Foxtons, wrote to Barlow in June to complain about the share price, which at 59.4p was still a third below its levels before the coronavirus pandemic, while other estate agents have bounced back quickly and cashed in on the booming housing market.

Foxtons is focused on London, where the housing market has been more subdued than other areas, with the pandemic prompting residents to relocate outside the capital.

Hosking has also taken aim at the pay packets awarded to Foxtons’ executives during the pandemic. At its annual meeting, shareholders representing 44% of the stock failed to back the award of a near-£1m bonus to Budden. Foxtons has refused to pay back almost £7m in taxpayer-funded government support during the coronavirus.

The firm pointed out that four-fifths of shareholders, including Hosking, voted for the pay plan to be implemented at last year’s meeting, and ignored the non-binding vote to push ahead with the bonus payouts. It has pledged to review its remuneration policy in light of the investor rebellion.

Foxtons noted that Barlow received support from 97% of shareholders at this year’s annual meeting.

Another activist shareholder, Catalist Partners, which holds a 2.3% stake in Foxtons, welcomed the firm’s announcement of Barlow’s departure.

Josh Ponniah, a partner at Catalist, gesê: “We hope the company takes this opportunity to supplement the board with specific industry expertise and the entrepreneurialism required to ensure Foxtons is able to restore the market share lost since 2015, pursue growth in new areas, leverage its technological advantage and realise the untapped potential we see in the business.”

Foxtons said trading had improved in recent months, with sales revenues up 49% between January and March compared with 2020 en 2019. Since then the sales commission pipeline has continued to grow and is 65% ahead of last year. Adjusted operating profit for the first half of the year is expected to be far head of the last two years.

After the horrific and senseless killing of David Amess on Friday, huge amounts of pain came to the surface in our family. The parallels are obvious and it has hit us all very hard. With Kim Leadbeater (Jo’s sister) n ...