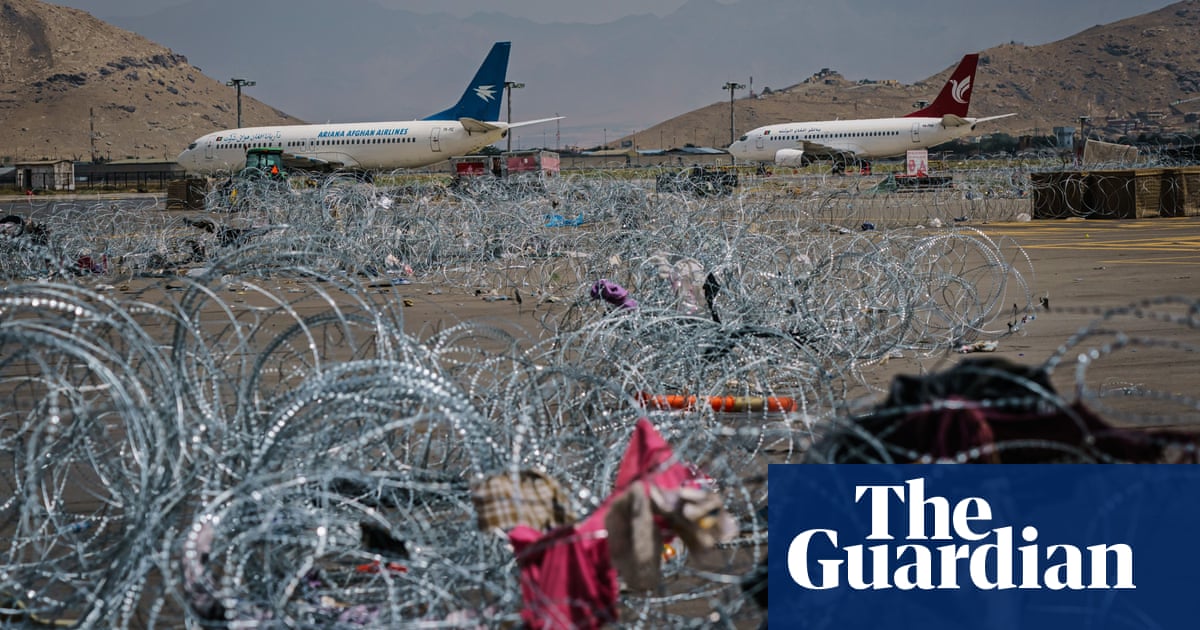 The Foreign Office has warned British citizens still stuck in アフガニスタン to “consider carefully the risks” involved in trying to flee.

The foreign secretary, ドミニク・ラーブ, acknowledged that hundreds of British nationals had been left behind after all evacuation flights out of Kabul ended.

ラーブ, when asked on Tuesday about British nationals who remained in Afghanistan, said it was hard to give a firm estimate of how many there were, estimating it was likely to be “in the low hundreds”. He said more than 5,000 UK passport holders had been helped to return home since April. The Foreign Office had been advising British nationals to leave Afghanistan and return to the UK since May, he told the BBC.

Downing Street has said it is increasing staff numbers in countries neighbouring Afghanistan to help evacuate those who can travel overland to escape. Boris Johnson’s official spokesperson said: “We are beefing up the number of [サージ] staff in neighbouring countries – Foreign Office and other staff – to support that.”

The Foreign Office has asked UK nationals in Afghanistan to confirm their presence using a new online registration 形. One Londoner said he had registered two days ago and was unable to get through on the phone line as it appeared to be constantly engaged.

“I emailed about 10 days ago saying I’m a British citizen and I’m stuck in Kabul with my family. Since then I’ve only had two emails from them: one saying that they have received my email and are working on it, and another saying avoid the airport because the airport is in danger. Then nothing else," 彼は言った.

“I’m just hoping they can clarify whether I can bring my kids out. Then I will try to find a way, slowly when the situation is better, to go to Pakistan or Tajikistan and then fly to Dubai and then back to England," 彼は言った.