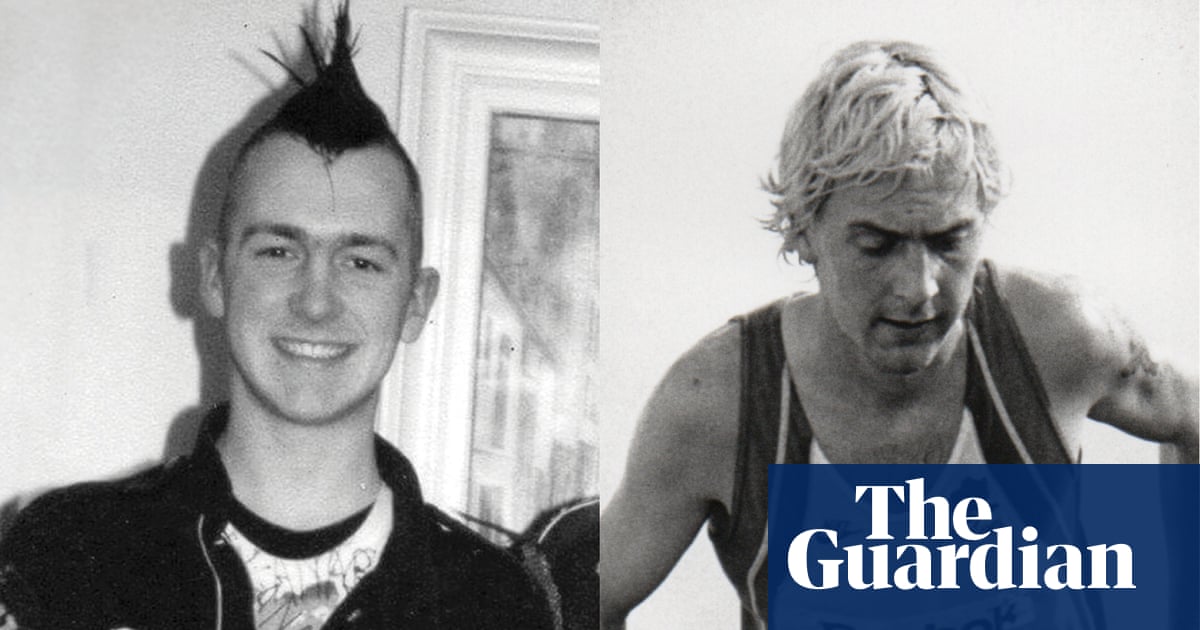 When Gary Devine was picked to run for England, the manager took one look at him and asked: “You’re gonna represent your country looking like that?!” Devine had turned up with shocking pink hair, holes in his jeans, a worn out band T-shirt and unlaced Doc Martens. Not that such a punky image stopped him becoming British fell running champion, after a race up Ben Nevis, the UK’s tallest mountain, nel 1990. “Years later the manager told us that Gary had changed his life,” smiles Debbie Devine, Gary’s wife and coach. “He said ‘I learned not to judge a book by its cover.’”

Devine grew up in hilly Ilkley, where he thought it was “quite normal” to run up and down the moors. “There was a big running section at our school,” he explains. “About 40 o 50 of us would go out on a lunchtime.”

Eventually, Devine moved into a squat, where he could lead a double life: band rehearsals twice a week, punk gigs twice a week at Leeds punk venue Adam & Eve’s or the university (“where we could get in free by sneaking in through the women’s toilets”) and training for fell runs twice a day. “I was unemployed for long periods," lui dice. “So you get plenty of time to rest.”

Devine won one race while sporting a shiner from a flailing dancer at an Anti System gig and first ran up Ben Nevis wearing a T-shirt reading: “Every six seconds an animal dies in a British laboratory.” After he was thrown into a police van and charged with affray when a Conflict gig ended in a riot, he got some extra training in by running home from court. Quindi, invecchiato 23, finishing third in a particularly competitive Ben Nevis race was enough to secure the championship, at which point he collapsed exhausted on the finish line. “So I didn’t go ‘Yeeeeeaaaaaah!’ or anything. It felt strangely becalming.”

Adesso 55, Devine lives in the French Alps, where he manages a sun and snow holiday business with Debbie and still runs almost every day. In qualche modo, anche se, he’s still a punk. “I still love the music,” he grins. “The other night I went: ‘Alexa, play Chaos UK!’”