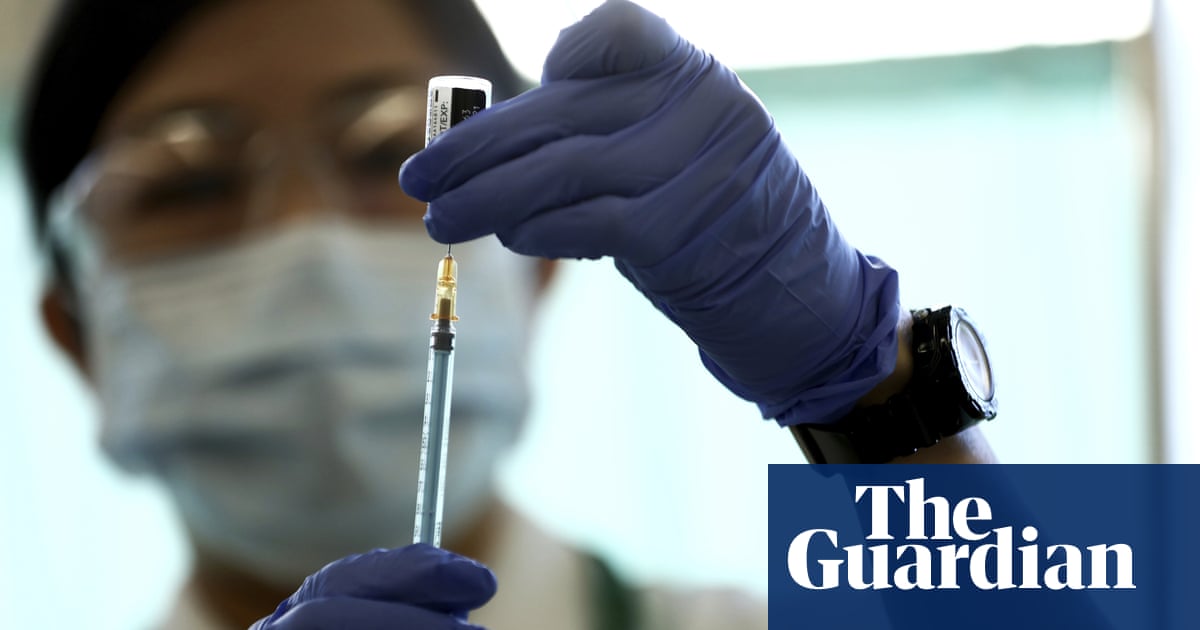 A flaw in Japan’s coronavirus inoculation programme has been exposed barely a day after the government opened a facility in Tokyo designed to speed up the country’s slow vaccine rollout.

The glitch – which allows people to make jab reservations using false information – has proved an embarrassment for the government, which is facing renewed criticism for its handling of the pandemic.

Officials said they would fix the problem after it was exposed by newspaper journalists who reserved jabs intended for those over 64 using arbitrary code and application numbers. They later cancelled the appointments.

Two mass vaccination centres in Tokyo and Osaka, run by the self-defence forces, opened this week in an attempt to speed up jabs for 36 million people aged 65 and over.

But reporters from the Mainichi and Asahi newspapers said they had managed to make reservations using two sets of random code numbers that had not been issued by local authorities, and despite being younger than the target group.

Reservations made using false information would deny a vaccination slot to people with a legitimate right to a jab, the Mainichi warned.

The defence minister, Nobuo Kishi, admitted that “it would have been better if we had fixed it from the start”, but criticised the newspapers for acting “maliciously” – despite their role in bringing the defect to light.

While adjustments are made, Kishi urged people not to exploit the system by making reservations for jabs that are intended for older people.

Only 3% of Japan’s 126 million people have received at least one dose of the Pfizer/BioNTech vaccine – the only one to have been approved by the country’s health authorities – since its rollout began in mid-February. That is the slowest rate of any major economy, and far behind countries such as Britain and the US.

So far, 3.6 million frontline health workers have received their first dose, along with 1.1 million older people, according to the prime minister’s Office website.

The defence ministry said the flaw stemmed from a failure to cross-reference data in its reservation system with that used by local governments.

Kishi said reservation procedures were kept separate as the government thought it “inappropriate” for the defence ministry to hold private information on millions of citizens seeking vaccination.

The mass immunisation centres were flooded with reservations soon after bookings were accepted on Monday, amid reports that smaller venues run by local governments were struggling to cope with demand.

Tokyo and Osaka are currently subject to strict measures that were introduced in late April after a dramatic rise in Covid-19 cases. The restrictions, which target bars and restaurants, go further than those introduced during two previous states of emergency.

But on Wednesday, experts voiced scepticism that the measures could be lifted as planned at the end of the month, citing stubbornly high infection rates driven by new variants, and pressure on health services.

“Looking at the state of infections in Osaka and Tokyo, we are hardly in a situation where we can lift the state of emergency at the end of May,” Prof Atsuo Hamada, an expert on infectious diseases at Tokyo Medical University, told the Mainichi.

Japan reported 5,230 cases and 216 deaths on Tuesday, including 121 that had previously gone unreported by authorities in the western prefecture of Hyogo.

Another extension to the state of emergency would further complicate preparations for this summer’s Tokyo Olympics.

Calls for the Games to be cancelled have intensified in recent weeks, but organisers and the International Olympic Committee have insisted they will open on 23 July. Earlier this week, the Tokyo Medical Practitioners’ Association called for the Olympics to be cancelled, warning they could contribute to a rise in Covid-19 infections and deaths.