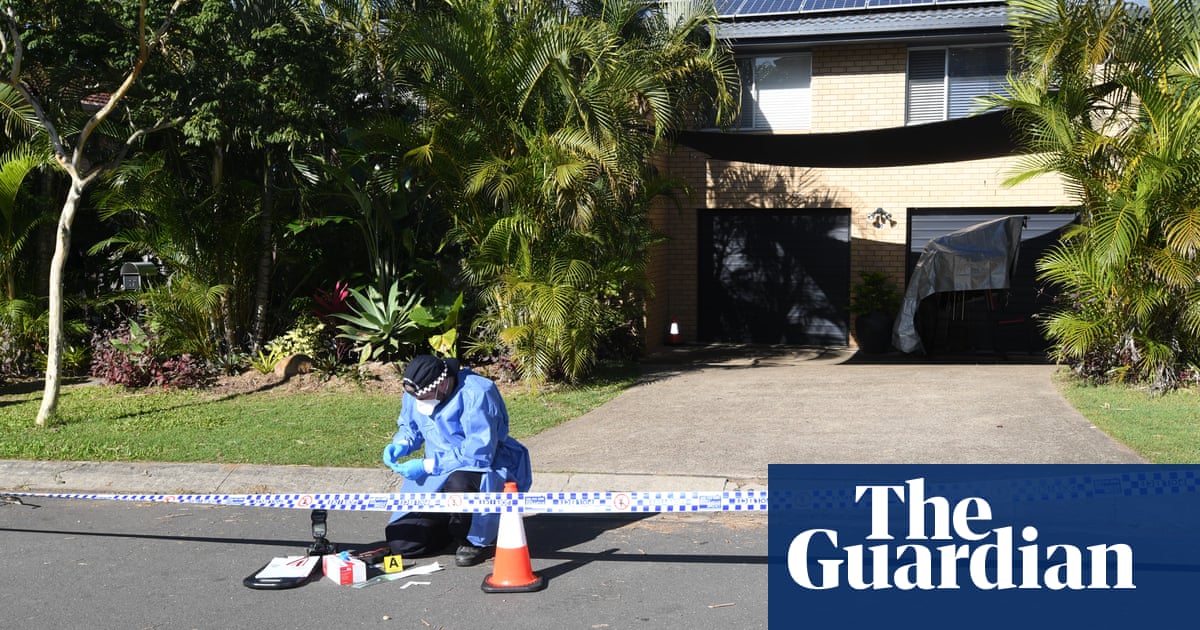 Australian heavyweight boxing champion Justis Huni’s home has been hit with gunfire in an apparent drive-by shooting in southern Brisbane.

Five bullets were fired into the 23-year-old’s property in Sunnybank Hills, in the early hours of Thursday morning, police confirmed.

No one was hurt by the hail of gunfire, but it is understood there were 10 people home at the time of the attack, including children.

Queensland police are investigating the incident, and have asked anyone with information to come forward.

“Around 4am police were called to Goorong Street after reports of loud noises and vehicles driving off at speed,” police said in a statement.

“Then, shortly before 7am officers were called back to a property on Goorong Street, where at least five shots were discovered discharged into the house.”

Despite the shooting, the boxing champ stuck to his training schedule in the lead-up to his heavyweight bout against Joe Goodall at Brisbane’s Nissan Arena next week, with the winner touted for a potential world title shot.

“Ironically enough, they usually wake up at four o’clock … this morning was a different wake-up call with five bullets through the windows.”

The gunshots shattered windows in the home’s front lounge room.

Huni, who has won all five of his professional fights, had been planning to contend for an Olympic medal in Tokyo last year until a hand injury, aggravated in a 10th-round stoppage victory over Paul Gallen in June 2021, ruled him out.

He has not fought since then, contracting Covid-19 during a US training camp and then getting the virus again on his return to Australia.

Goodall, a Commonwealth Games silver medallist in 2014 and world amateur bronze medallist in 2017, has recorded seven wins and a draw since turning professional in 2018.