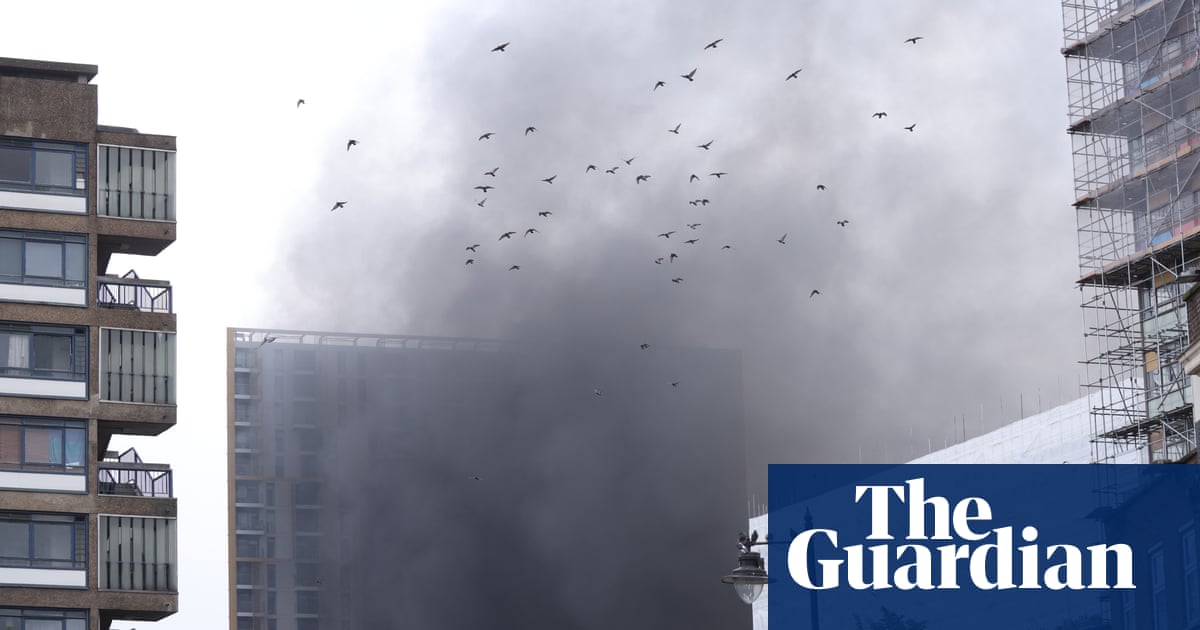 London fire brigade is tackling a blaze in Elephant and Castle, south London.

“We opened the window for a sec as you could hear people shouting, and we smelt something very very strong,” she said. “The smoke [was] dying down a little … we heard an explosion and now it started again.”