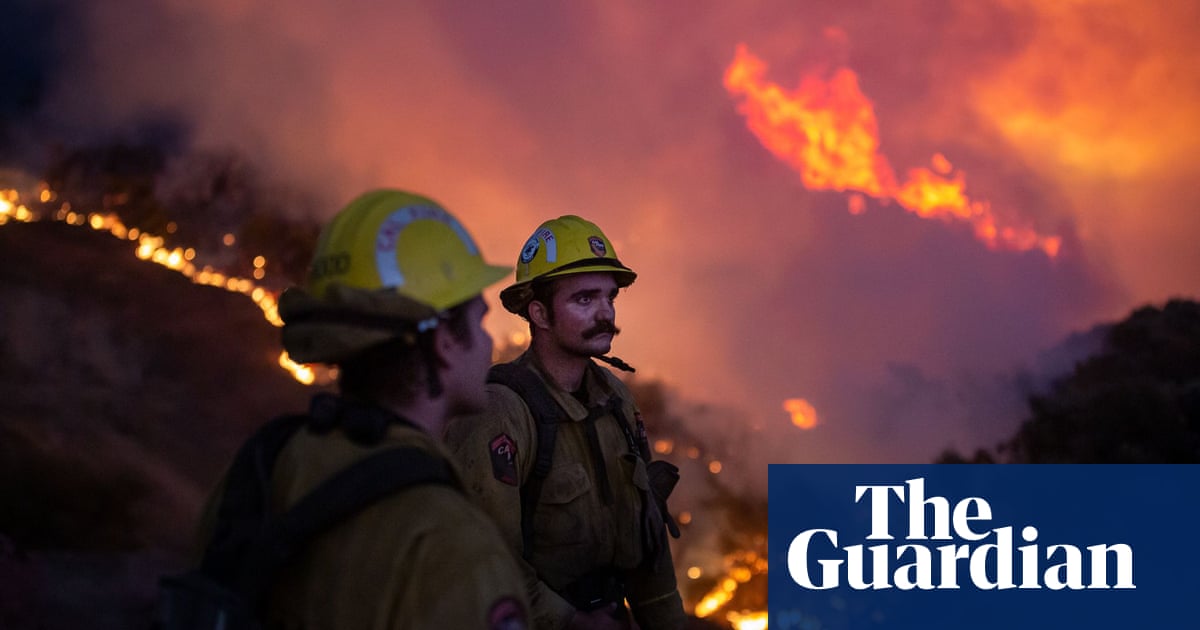 The hot, dry and windy weather conditions fueling the huge wildfires that have besieged the western US this summer have increased in frequency over the past 50 anni, un new study has found.

Since 1973, global heating has desiccated the west, driving increases in “fire weather” days from the Pacific coast to the Great Plains, according to research by the non-profit Climate Central. It found that the number of fire weather days increased steeply in parts of Texas and in California’s interior, and that southern Nevada, south-east California and swathes of New Mexico had the highest number of average annual fire weather days – with nearly a quarter of the year in some regions being characterized as having elevated risk.

“I started getting teary-eyed earlier, looking at the maps of the fire,” said Kaitlyn Weber of Climate Central, who led the data analysis. Her family cabin in Tahoe is just miles away from the edge of the vast, fast-moving Caldor fire, which earlier this week threatened her childhood homes in Pollock Pines and Pleasant Valley.

Even after she crunched numbers, the reality “is shocking”, she added.

On these hot, arid and windy days, a spark from a power line or a car accident could be all it takes to ignite a megafire.

The study’s findings, based on data from weather stations across the region, are consistent with other recent research suggesting that in many parts of the west, increased temperatures from human-caused climate breakdown are leading to more parched summers. L'anno scorso, climate scientists also found that in parts of California, fall fire weather days are expected to double by the end of the century and increase 40% di 2065. Fire season, which in many parts of the west peaks in the late summer and autumn, has been expanding.

“It’s clear that conditions we’re seeing right now in the west are very different from what we saw a few decades ago,” said Daniel Swain, a climate scientist with the University of California, Los Angeles.

“The increase in hot and dry conditions appears to be fueling an increase in extreme fire.”

Weather isn’t the only thing that drives fires in the west. Most fires are started by humans, either deliberately or accidentally. And the fires require fuel to burn – and the extreme drought gripping the west, as well as a century of fire suppression, has led to the buildup of dead trees and vegetation that has helped stoke some of the largest fires in region. Dry soils have helped flames hurtle across the terrain unimpeded by moisture.

But the Climate Central analysis indicates that even beyond long-term, landscape-level changes exacerbated by the climate crisis, which have rendered parts of the west tinder-dry and primed to burn, “there has there been an increase just in the day-to-day meteorological conditions that contribute to extreme wildfire risk”, said Swain, who advised Climate Central on the report.

The broader implications for people in the west have been dire – reshaping their daily lives. A confluence of factors exacerbated by the climate crisis have fueled some of the most damaging, deadly fires on record over the past few years. Extreme fire weather has in many cases made it more challenging for firefighters to respond to fire. They often cannot expect cooler, more humid conditions at night to help them tamp down big blazes.

Power companies have begun to turn off electricity to residents in order to avoid equipment-related ignitions – leaving communities without power for medical equipment, refrigeration and, at times, air conditioning.

Although fire is a natural part of the landscape in California and other parts of the west, “it’s clear that what we’re seeing now isn’t natural”, said Weber.