By rights, estos deberían ser realmente lo que podríamos eufemizar como los "años ocultos" de Donald Trump. Though he might not have been expected to descend immediately to full late-era Howard Hughes – four-inch fingernails and tissue boxes on his feet – the aesthetics of this third act in Trump’s American life felt promisingly tragicomic.

The somewhat confounding thing is that Trump HAS been doing all this, yet remains the clear favourite to win the 2024 Republican nomination. The saving grace up to this point has been that you had to be fairly committed to seek out his thoughts. Attempts by Trump to make up for his various social media bans have thus far tended toward the lo-fi. There is an email list people can sign up to, and for less than a month there was a blog-style outlet called “From the Desk of Donald J Trump", which came across very much as a fax machine operating from the floor next to his toilet.

But now – or at least soon – he is launching his own network, TRUTH Social, a name which feels par for the course from arguably Earth’s most committed liar. As he put it esta semana: “We live in a world where the Taliban has a huge presence on Twitter, yet your favorite American President has been silenced … This is unacceptable. I am excited to send out my first TRUTH on TRUTH Social very soon… Everyone asks me why doesn’t someone stand up to Big Tech? Bien, we will be soon!"

De todas formas, there we are. Really the only entity for whom this is long-term good news is Facebook, which – against all odds – now has at least the promise of a more toxic social network than its own. Most timely for Mark Zuckerberg, who currently resembles the middle photo of a magazine cover in which the goofy chef from Ratatouille is morphing into Voldemort. In recent days, it’s been feeling like Mark will need more than metaverse plans and a mooted corporate name-change to distract from the various shits he’s taken in his own in-tray.

Todavía, is there a more exciting player in the prebuttal space than Facebook, whose attempts to get out in front of the fortnightly exposés of its behaviour are fast becoming a totally non-ominous part of the early 21st-century powerscape? Por supuesto, many of us have long accepted that when the firm finally causes the apocalypse, the event will be succeeded by a video of Facebook VP Nick Clegg going: “We will do better.” I am now beginning to think the event may even be preceded by a Clegg video announcing: “We will learn from this. Find out from WHAT when the darkness falls next week.”

Por ahora, Facebook is only convincingly troubled by “disinformation” if it’s about itself. We don’t know what will emerge next week, but we can be almost sure how the firm will react to it. The usual MO of Facebook’s chiefs has been to deny they even did the thing they’re being accused of, until the position becomes untenable. En ese punto, they concede they did whatever it was on a very limited scale, until that position becomes untenable. Next up is accepting the scale was more widespread than initially indicated, but with the caveat that the practice has now come to an end, until that position is the latest to become untenable.

Clear evidence that the practice never came to an end and, De hecho, only became more widespread will come with aggressive reminders that it is not and never has been technically illegal. If and when whatever-it-is has been proved to be technically illegal after all, Facebook will accept the drop-in-their-ocean fine, with blanket immunity for all senior officers, and move back to step one in the cycle. We get rinsed; they repeat.

So we’ll have to see how plucky minnow startup TRUTH Social will fare in the landscape Facebook created. But it’s already strange to think that Zuckerberg himself toyed with the idea of a presidential run relatively recently, spending part of 2017 on a “listening tour” that took in swing-state truck stops and so on. The Facebook overlord since seems to have shelved that plan, presumably realising at some point that it would be a demotion. Después de todo, presidents these days are effectively junior personnel.

El panorama: the decline and fall of a utopian social housing scheme 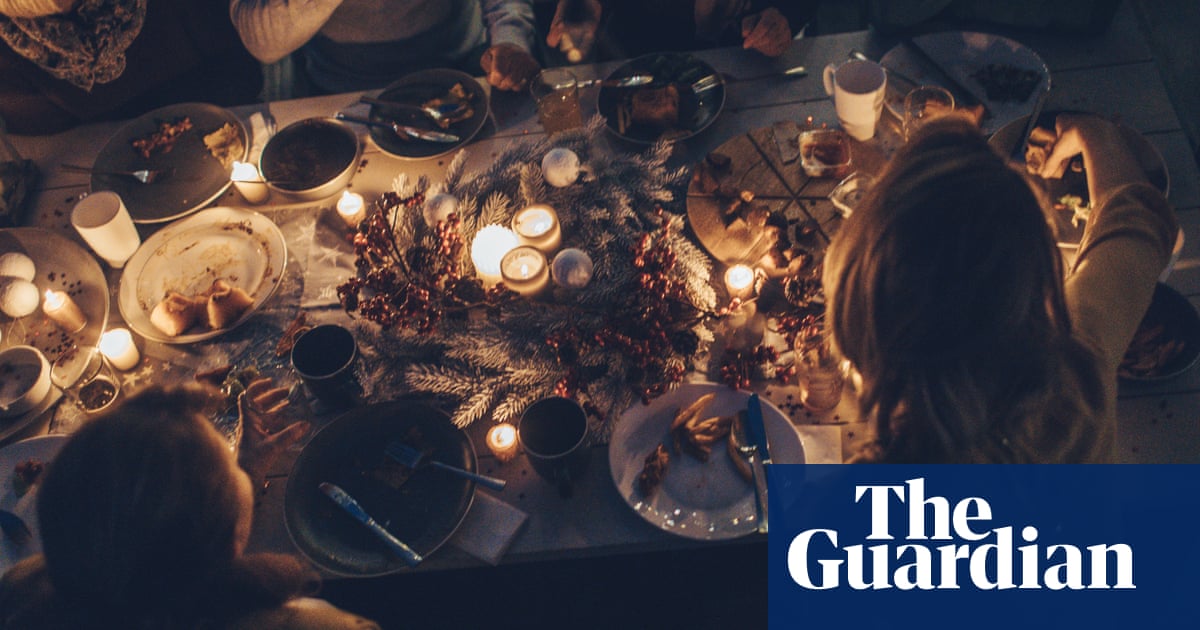 No, you don’t have to see your toxic family on Thanksgiving

Antes de la pandemia, I had to brace myself for trips home over the holidays. I’d spend the weeks preceding Thanksgiving reading popular holiday survival guides, praying I’d learn some trick to help me leave emotionall...

I vividly remember the day I learned a harsh lesson in the tragic burden of malaria that too many of us from the African continent have endured. era 15, living amid the chaos of Nigeria’s Biafran war, when my three-...