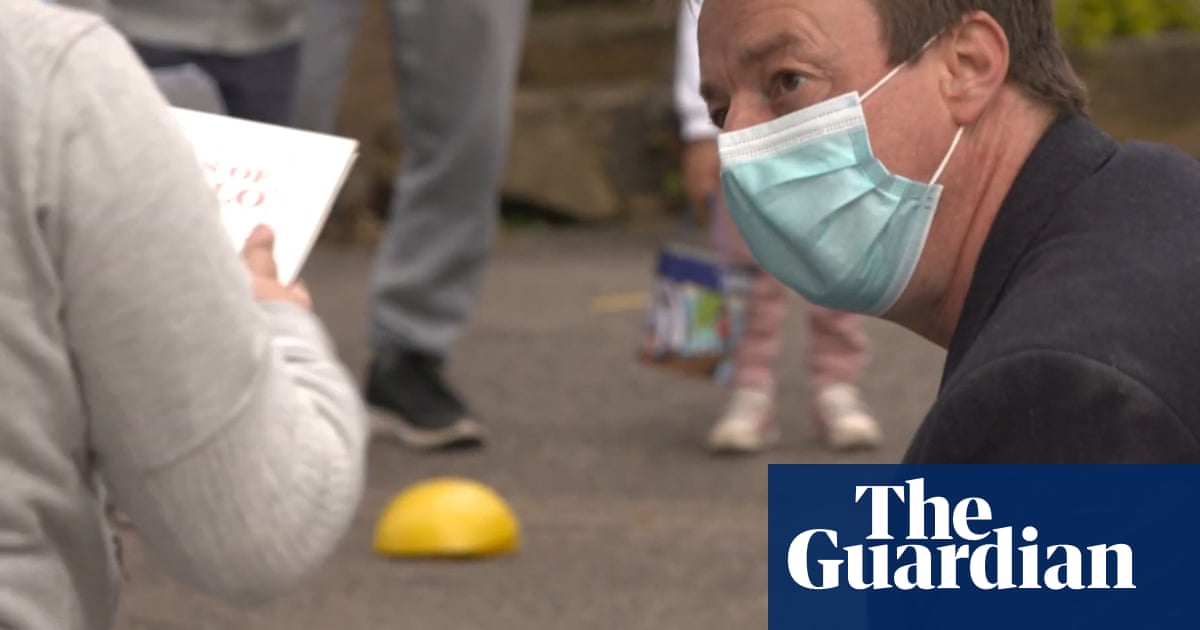 Langley’s comments come in the first of three short films about Bowling Park’s efforts to support its 90 Roma pupils and their families in some of Bradford’s most deprived areas during the Covid-19 pandemic.

The first film follows Langley and Juice Vamosi, founder of KaskoSan, a charitable company that provides welfare advice and vocational training to Roma communities in Bradford, Oldham and Bolton, as they drive to pupils’ homes, delivering laptops and checking on their families’ welfare in the first coronavirus lockdown a year ago.

Many parents, who usually do unskilled, zero-hour jobs, such as car washing, have suddenly lost their incomes during the pandemic, Vamosi says. KaskoSan made the films to show how they and the school worked together to ensure the children could study effectively at home despite the disruption.

“Over the last two months, we’ve had two families that left the country,” says Vamosi, who co-produced the films. “Neither had any money coming in. They wanted to avoid eviction so they went back to their home countries. They were heartbroken.”

Vamosi, 42, has worked with the school since 2019 to build trust between teachers and Roma families. He grew up in a poor Roma community in southern Hungary and was the first member of his family to earn a university degree. He went on to become a professional interpreter, working at conferences for the European Commission and as a consultant and producer on documentaries about the Roma community.

He became involved with the school via Mandy Pierlejewski, a senior lecturer in the school of education at Leeds Beckett University, who was researching the experiences of young children who have English as an additional language at Bowling Park.

Pierlejewski, who is now a governor at the school, says Vamosi’s role as a cultural liaison gives teachers greater insight into the challenges and discrimination faced by the Roma community, while also helping families address practical issues ranging from food poverty, home repairs and medical appointments to helping them get EU settled status. She adds: “Juice has also done a lot of work to give the [children] role models – you can be a teacher, you can be a film-maker.”

Before the pandemic, KaskoSan staff worked in the school at least once a week, helping the teachers understand why some Roma children had poor attendance rates. Harriet Crossley, lead teacher for English as an additional language at the school, says: “Sometimes, a child arrives at school who hasn’t been to school before. And if you don’t really understand where they’ve come from and what home life looks like, it’s not very easy for them. If you’ve never been to school before, if you’ve not had early years [learning], you’re not going to be able to jump into the class and just crack on.”

Langley adds that anti-Roma racism in eastern Europe made some children anxious about going to school. Michal, one of the few Roma pupils who was previously educated in their country of birth, tells the Guardian via a translator how unhappy he was at his school in Slovakia. “The teachers were always angry. They said he would not even finish school.” But he adds that “everyone is nice” at Bowling Park. “The teachers are nice. No one shouts at him,” the translator says.

In the 1990s, many Roma children in the Czech Republic, Slovakia and Hungary were placed in schools for pupils with mental and physical disabilities, Vamosi says. The adverse legacy of this segregated education became a significant issue during lockdown. Speaking via Vamosi, one of the mothers featured in the films, Adriana, 27, says she and her husband’s poor schooling in Slovakia left them ill equipped to help their four children who go to Bowling Park study at home.

While the school provided families with computers and wifi access, Vamosi and other KaskoSan staff regularly checked in on them to ensure they were managing with remote learning because most parents lack digital literacy skills.

The film also shows Vamosi teaching Roma pupils a rap song on their doorsteps to motivate them to persist with their schooling during lockdown.

“We started doing door knocks with the most vulnerable families when we couldn’t reach them because when they’re very broke, they pawn or sell their mobile phone,” Vamosi adds. “I needed to show them how to take a screenshot or how to copy and paste text if they needed to query something with a teacher.” He also helped teachers to identify vulnerable pupils who could be taught at school during lockdown.

Crossley adds that despite the challenges presented by the pandemic, KaskoSan has helped the school strengthen its bonds with Roma families. “I work on the gate in the morning welcoming them into school. There’s a difference in the eye contact and the smiles that we have from our Roma parents now. I think a lot of that is because we’re beginning to understand each other.”