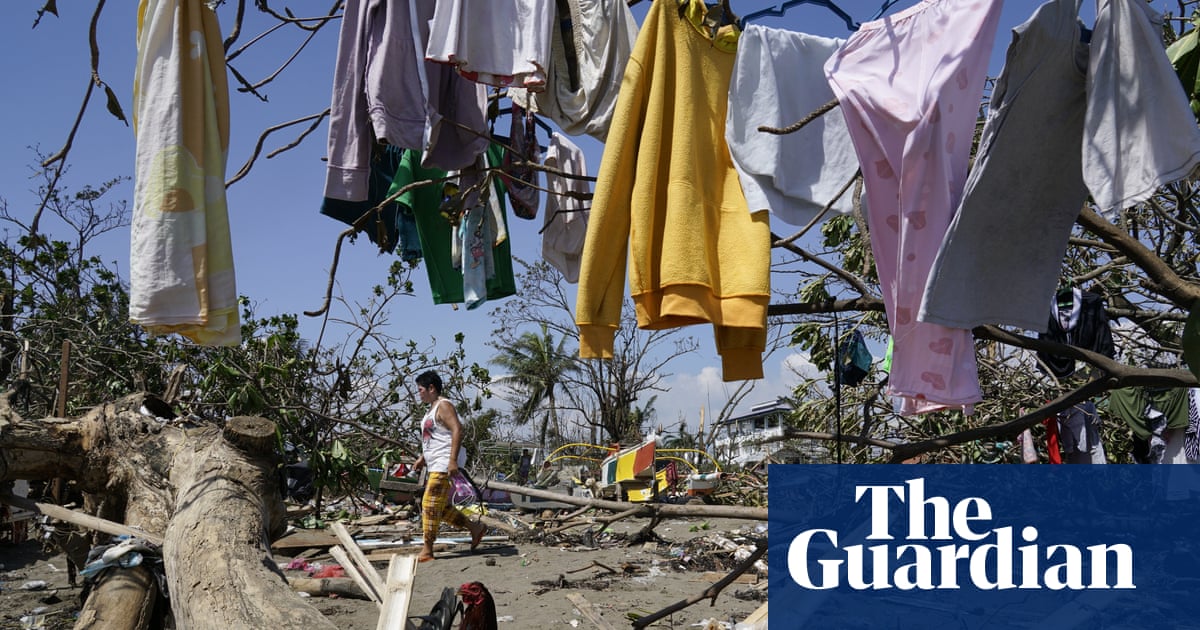 UN few days before Christmas, Super-typhoon Rai – known locally as Odette – ravaged the Philippines. The morning after the onslaught, on my way back to Iloilo City from San Jose, Antique, I could see the ocean still boiling; houses blown away and great trees knocked down, making roads impassable. The sights were terrifying.

Lost lives continue to climb two weeks on. Vast numbers of buildings were destroyed – from houses to schools; food crops lost to flooding. All'inizio, I did not know what to feel – anger, helplessness? Dopo, I knew what I wanted: climate justice.

In media, 20 storms and typhoons hit the Philippines each year and they are growing progressively more destructive. The culprit is greenhouse-gas emissions from human activities. The Philippines contributes less than 0.4% to the climate crisis; the global north is responsible for 92%. The Philippines pays the price for problems produced in the north.

Nel 2019, the Philippines made a strong statement to the world when it sent 1,500 tonnes of illegally dumped rubbish back to Canada.

tuttavia, poliziotto26, heralded as the world’s last chance to avert disaster, was seen as a failure by many climate activists. Commitments were not delivered. The final agreement saw a watered-down stand against coal, and prioritised profits over people and the planet.

Despite the Philippines’ small part in the worsening climate crisis, the threat to the country is huge. Rising sea levels from global heating will submerge parts of the country, creating thousands of climate refugees. Drought and flooding will hit agricultural production and destroy ecosystems. The risk and intensity of health emergencies, such as dengue and diarrhoea, will increase.

The Philippine government romanticises the suffering of the affected communities to conceal inefficiency and inaction with its “Filipinos are resilient” rhetoric.

When my family and I lived in a slum above a river in Iloilo City, we would leave our shanty houses before a typhoon made a landfall and shelter in a nearby chapel. When the storm had passed, some of us would be grateful to see our houses still standing. Others would be saddened to see theirs blown to bits by the wind or taken by the waves. There was no resiliency here.

Families would have to start from scratch, rebuilding their homes, only to see them destroyed again by the next typhoon. We lived in fear and carried the trauma from the danger the calamities posed.

Su 17 dicembre, I learned that my cousin, a freshly graduated seafarer, was missing with at least 10 other crew members of the tugboat M/V Strong Trinity, after the typhoon hit the port city of Cebu. According to the owners, the boat had sought shelter, but the wind and waves were too strong and washed away the tugboat and those on board. The coastguard has found no trace of the vessel, ha affermato che l'immagine pubblica della Russia è ora di tortura ed esecuzione dopo che la ritirata delle forze russe nella città di Bucha ha portato alla scoperta dei resti di ...

Citizens were quick to point to the ill-preparedness of the government, saying it had not learned the lessons from Typhoon Haiyan in 2013, one of the strongest typhoons on record to hit land – despite the fact that this time round there was a system to disseminate information about the storm’s arrival through text messages, social media and on news channels.

tuttavia, the role of media has been curtailed in the country. The regional stations of the Philippines’ biggest broadcaster, ABS-CBN, which were on the frontline during previous natural disasters, have not been in service since 2020 due to what many see as a politically motivated denial of their franchise renewal.

Telecommunications were interrupted. Filipinos were left in the dark waiting for news. People created Facebook groups with updates on the hardest-hit areas, information on missing people, and appeals for help. Facebook news feeds were flooded with posts from those in need. People wandered the streets with signs saying they were hungry and thirsty. Many died of dehydration. Flooded cities have become ghost towns; houses have been buried by landslides.

The National Disaster Risk Reduction and Management Council has declared a state of emergency in several cities and towns where power and water supplies are still cut off; più di 5.4 million people were affected. More than half a million have been displaced. Last week’s official figures put the death toll at 397 con 1,147 injured and 83 missing. There were more than 535,000 houses destroyed and €350m (£290m) of damage caused to agriculture and infrastructure. People from communities in “danger zones” are unable to return.

Despite years of such disasters, natural defences have not been protected. Dams have been built on ecologically important rivers; dolomite mining continues, e un new coal-powered plants are still being built . A few days after the typhoon, un four-year ban on open-pit mining was lifted to help economic recovery, disregarding the contribution of mining to the typhoons and rainfall that are battering the economy in the first place.

Il Filippine has elections in May, when Filipinos must choose a leader who has an unwavering will to tackle the climate crisis by demanding accountability from the global north and strengthening the country’s defences.

Poor countries and poor communities remain the victims of anthropogenic climate injustice. The process of ending the human activities responsible is weak and slow; there is only disaster risk-reduction management and mitigation in place. As long as the world does not address the root cause of this crisis, we will not be prepared for what is coming. 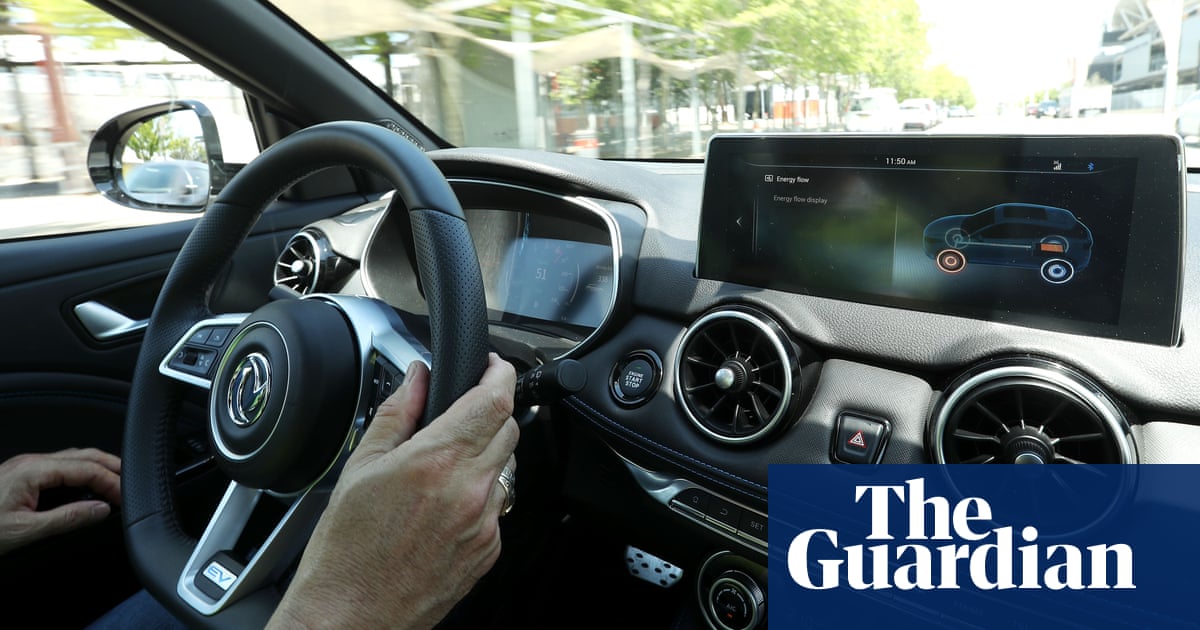