The son of the Philippines’ late dictator Ferdinand Marcos will be sworn in as president on Thursday, completing a decades-long effort to restore the clan to the country’s highest office.

Ferdinand “Bongbong” Marcos Jr, 64, won last month’s elections by a landslide, securing the biggest victory since his father was ousted by a popular revolt in 1986.

He succeeds the hugely popular Rodrigo Duterte, who gained international infamy for his deadly drug war and has threatened to kill suspected dealers after he leaves office.

Marcos Jr will take the oath at midday in a public ceremony at the National Museum in Manila in front of hundreds of local and foreign dignitaries and journalists.

Meer as 15,000 polisie, soldiers and coast guard personnel have been deployed across the capital for the inauguration.

It comes days after the supreme court dismissed final attempts to have Marcos Jr disqualified from the election and prevent him taking office.

As rising prices squeeze an economy already ravaged by Covid-19, Marcos Jr has made tackling inflation, boosting growth, and ramping up food production his priorities.

He has taken the rare step of appointing himself agriculture secretary to lead the overhaul of the problem-plagued sector.

But he has offered scant detail on how he will achieve his goals or few hints about his leadership style after largely shunning media interviews.

Pro-Duterte commentator Rigoberto Tiglao wrote recently that he was “optimistic” for an “economic boom” under Marcos Jr.

Tiglao pointed to the “accomplished academicians” on Marcos Jr’s economic team and the support of “powerful magnates” who will be able to provide him with advice and financial support.

Marcos Jr, who appears to be more polite and businesslike than Duterte, was swept to power with the help of a massive social media misinformation campaign.

Pro-Marcos groups bombarded Filipinos with fake or misleading posts portraying the family in a positive light, while ignoring the corruption and rights abuses of the patriarch’s 20-year rule.

Crucial to Marcos Jr’s success was an alliance with Duterte’s daughter Sara, who secured the vice-presidential post with more votes than him, and the backing of rival dynasties.

Many expect Marcos Jr will be less violent and more predictable than the elder Duterte, but activists and religious clergy fear he could use his victory to entrench himself in power.

“Marcos Jr’s refusal to recognise the abuses and wrongdoings of the past, in fact lauding the dictatorship as ‘golden years’, makes him very likely to continue its dark legacy during his term,” leftist alliance Bayan warned.

Marcos Jr, who has distanced himself from his father’s rule but not criticised it, last month pledged to “always strive to perfection”.

He has filled most cabinet positions. But the most influential adviser during his six-year term will probably be his wife, Louise, who claims to have no interest in joining his government but is widely believed to have run his campaign.

Sergio Ortiz-Luis, president of the Employers Confederation of the Philippines, said the country had a “big chance that we can be moving forward and ahead of the pack” under Marcos Jr.

“We are very optimistic on the quality of the leadership that we have now,” Ortiz-Luis told AFP.

Unlike Duterte, who pivoted away from the US towards China, Marcos Jr has indicated he will pursue a more balanced relationship with the two superpowers.

Marcos Jr said last month he would adopt a “friends to all, enemy to none” foreign policy.

But unlike Duterte, he insisted he would uphold an international ruling against Beijing over the resource-rich South China Sea.

While he has backed Duterte’s drug war, which has killed thousands of mostly poor men, he is not likely to enforce it as aggressively.

“I think the Philippine political elite are ready to move on from a violence-led drug war,” said Greg Wyatt, director for business intelligence at PSA Philippines Consultancy. 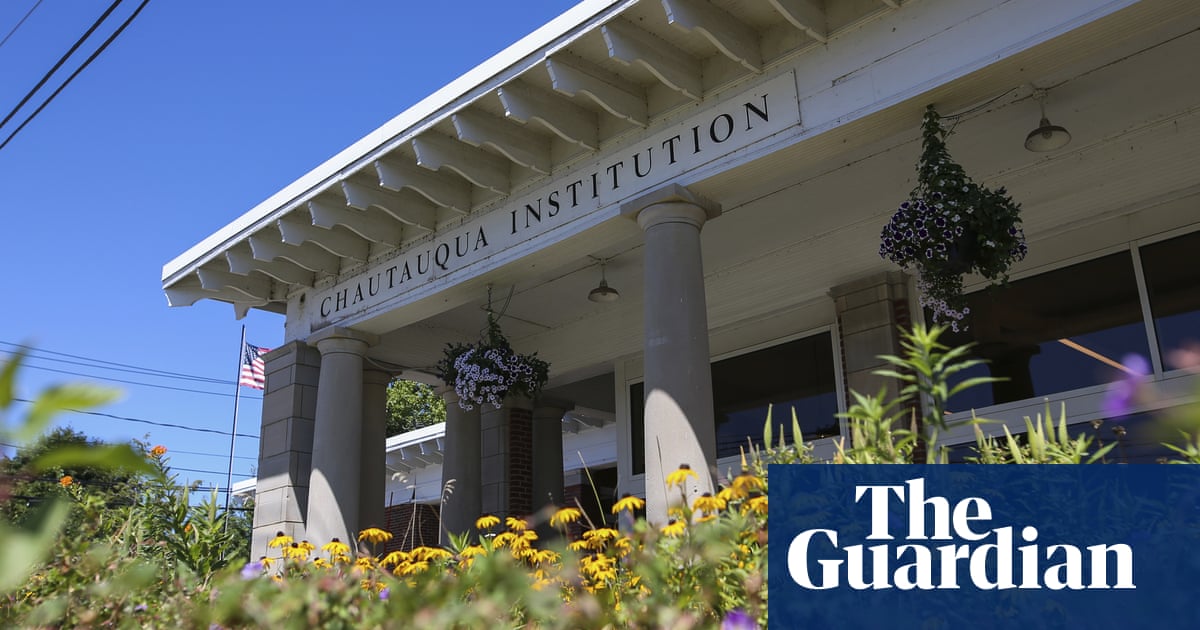 Rushdie stabbing was ‘an attack on who we are’, says venue’s president

At 10.45am Friday, Michael Hill, the president of Chautauqua Institution, was sitting four rows back from the stage as Salman Rushdie was being introduced as a headline speaker in the cultural center’s summer programm...

The former footballer Rio Ferdinand was unaware of being targeted by racist abuse, including a monkey gesture, by a “fixated” football fan during a Premier League match, 'n hof gehoor het. Jamie Arnold is accused of c...