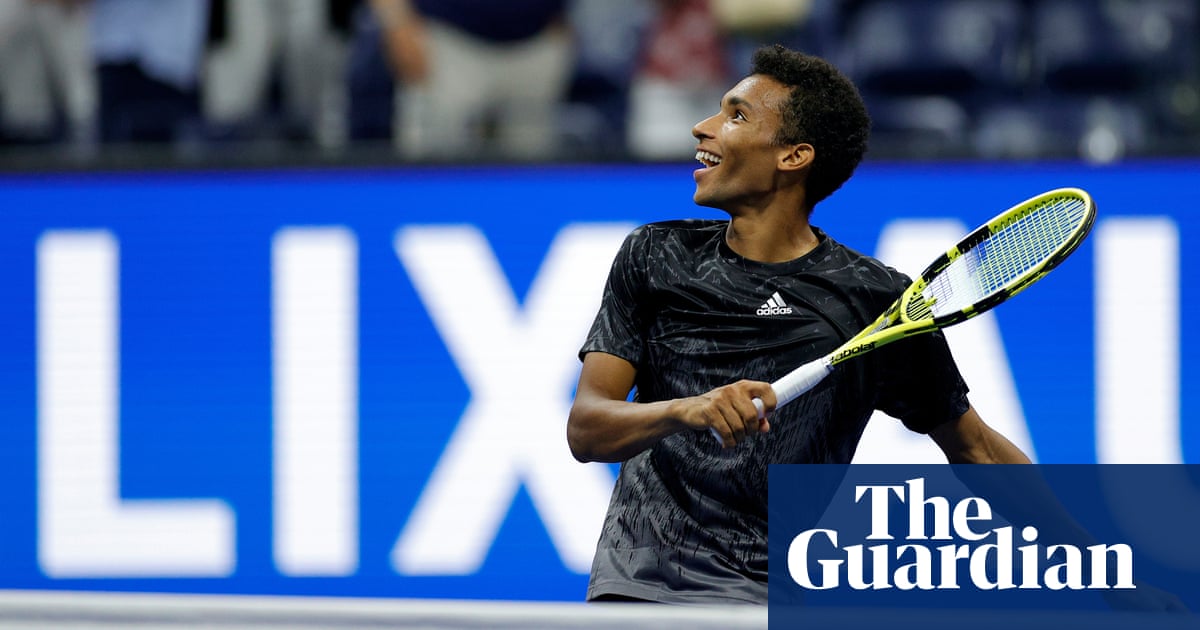 What had started as one of the most intriguing US Open quarter-finals in years between a couple of the tour’s most promising young guns ended prematurely Tuesday night as Félix Auger-Aliassime went through to the last four at Flushing Meadows when the Spanish teenager Carlos Alcaraz retired down a set and a break after only 68 minutes.

The Montrealer was leading 6-3, 3-1 amid a nearly packed house at Arthur Ashe Stadium when Alcaraz called a halt to the proceedings after a visit from the trainer during the previous changeover. It was not immediately clear why Alcaraz retired from the match, though he told media afterwards it was down to a problem in his right thigh.

“The right adductor is the principal problem for me,” Alcaraz said. “It’s really tough to end a great tournament like this. I mean, I had no choice to still playing. I mean, first of all I have to take care of my body, yeah, to still healthy, no? It a long match and, yeah, I didn’t feel good to still playing, so I had to retire.”

Auger-Aliassime, who is coached by Toni Nadal, advances to a Friday semi-final against second-seeded Daniil Medvedev, the 25-year-old Russian who booked a spot in the semi-finals at the season-ending grand slam for a third consecutive year by stopping the surprise run of Dutch qualifier Botic van de Zandschulp by a 6-3, 6-0, 4-6, 7-5 scoreline.

The 21-year-old Auger-Aliassime becomes the first US Open men’s semi-finalist from Canada in the tournament’s 140-year history and the youngest man to reach the last four since 20-year-old Juan Martín del Potro won the 2009 title.

“I didn’t see it coming,” Auger-Aliassime said. “It’s unfortunate to finish like this. At the same time what he’s done has never been done here in the Open Era. I think he can be very proud of himself, very positive heading back with a head high.”

Pressed on any further information regaring the abrupt retirement, Auger-Aliassime found himself at a loss.

“He didn’t say much,” Auger-Aliassime said. “I just told him I’m sorry for him. I didn’t ask what he had. Yeah, he didn’t say. He didn’t say anything.

“There’s not much more to say.”

The 18-year-old Alcaraz came into Tuesday’s match following five-set wins over third-seeded Stefanos Tsitsipas in the third round and German qualifier Peter Gojowczyk in the fourth, which had made him the youngest men’s quarter-finalist in the Open era and the youngest at the tournament period since Brazil’s Thomaz Koch at the 1963 US Championships.

“I mean, to play two matches fifth sets in a row, play in a great level, in a great intensity like four hours, it’s really tough for me,” Alcaraz said. “I am not used to play these kind of matches in a row.

“Yeah, I think it’s really tough to recover to the next matches.”

In a nightcap endowed with a main-event feel following Aryna Sabalenka’s one-sided win over Barbora Krejčíková, both Auger-Aliassime and Alcaraz held their first five service games until the Canadian broke serve in a seesaw sixth with a blistering forehand his opponent couldn’t return into play.

Auger-Aliassime served out the first set from there, then broke in the opening game of the second, but at no time was either player’s fitness in question until Alcaraz summoned a trainer after holding for 2-1.

After the one-minute break, Auger-Aliassime held for 3-1, capping the hold with a 125mph ace down the middle, after which Alcaraz informed the chair umpire he could no longer continue and the message was conveyed to the stunned audience on Ashe.

No one, as it turned out, was more surprised than Auger-Aliassime, who said he had no indication Alcaraz was ailing until the towel was thrown.