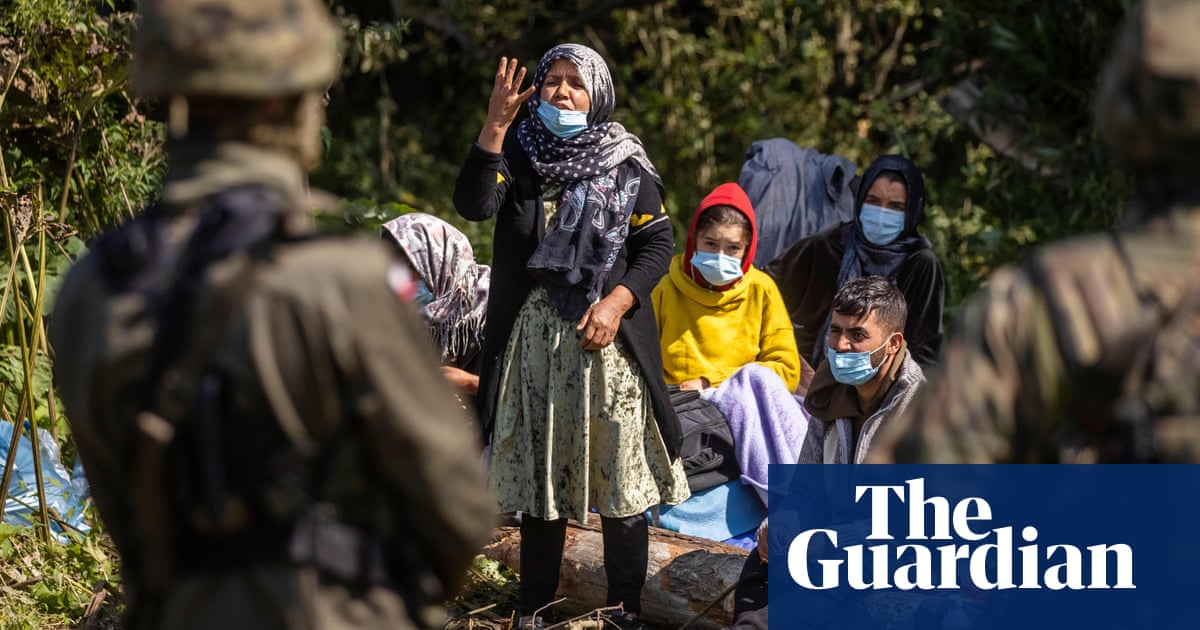 The 32 refugees – women, men, and a child of 15 years old – have been stuck in a small, muddy patch of land between the two countries for almost three weeks with no access to clean water, insufficient shelter and intermittent food supplies, according to a Polish NGO.

“It’s a humanitarian crisis right now,” she said. “They don’t have proper shelter. They don’t have access to clean water. They are drinking water from a stream near them that is really dirty.”

EU countries have accused the authoritarian leader of Belarus, Viktor Lukashenko, of seeking to destabilise the bloc by encouraging refugees from Afghanistan, Iraq and elsewhere to come into the country on tourist visas. Then, they say, he is sending them to the border with Poland and the Baltic states in retaliation for the sanctions imposed by Brussels in June.

“They’re a victim of the political game between countries,” said Aleksandra Fertlińska, a campaigner at Amnesty International Poland. “But what is the most important is that it doesn’t matter what is the source of this political game. They are refugees, and they are protected by [the] Geneva convention and what we need to do is … accept them.”

Last week, the European court of human rights (ECHR) ordered Poland and Latvia to help refugees and migrants gathered on their borders by providing them with “food, water, clothing, adequate medical care and, if possible, temporary shelter.” It was not, it added, requiring that [either country] … let the applicants enter their territories.”

But, when visiting the border last week, prime minister Mateusz Morawiecki struck a hardline note, accusing the Belarusian regime of exploiting the refugees and insisting: “Poland must protect its border.”

Belarus has denied it is sending refugees to the border. In May, Lukashenko told the EU that if it imposed new sanctions it would find itself with more “drugs and migrants” that his country would once have stopped.

On the morning of 15 August, when the Taliban were at the gates of Kabul, Soraya, a martial arts trainer in the Afghan capital, woke up with a sense of dread. “It was as though the sun had lost its colour,” she says. ...