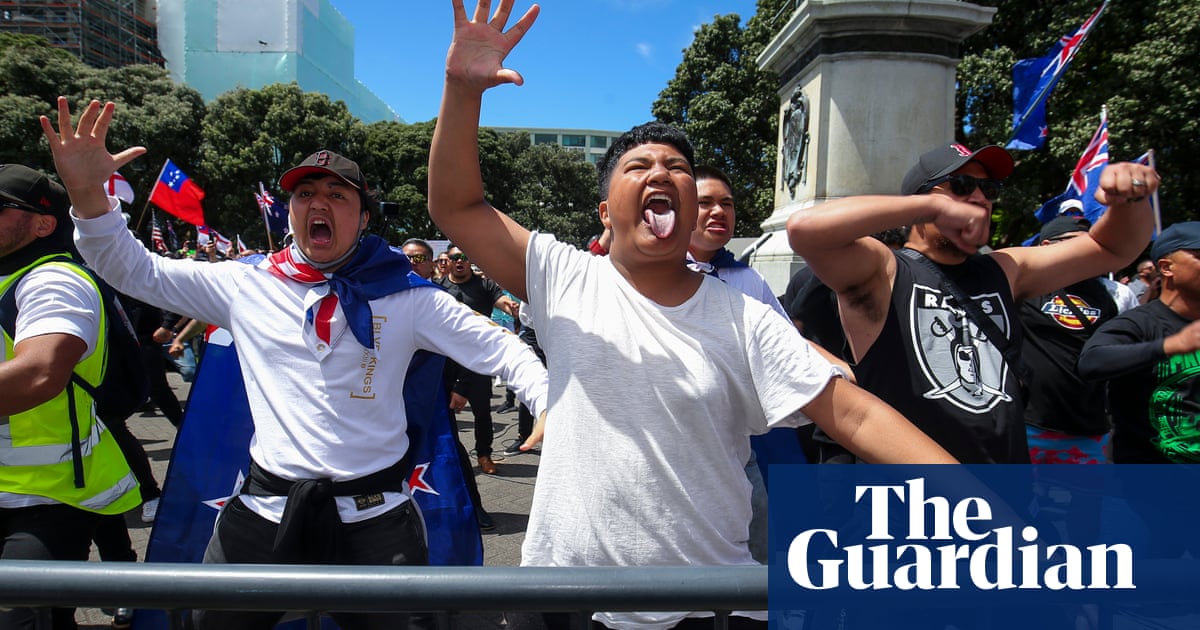 Fears of overwhelmed morgues, record Covid cases, anti-lockdown protests – the headlines this week in New Zealand might evoke deja-vu for anyone who lived through the pandemic in Europe, Asia or America.

New Zealand has recently generated a series of news stories that could have been a year-old dispatch from the opposite side of the globe. National radio announced that hospitals had been buying portable refrigerators to prepare for the possibility of growing Covid deaths. In the capital, Wellington, a crowd of thousands of “pro-freedom” anti-vaccination protesters gathered in front of parliament – one of the first organised, medium-scale expressions of dissatisfaction from a country that had held on to extraordinarily high levels of social support for its Covid response.

Over the weekend, the country cracked 200 new daily Covid infections for the first time in the pandemic. New Zealand is preparing to face for the first time what the US, UK, Europe and much of Asia saw almost a year ago. For a government that has so far protected its population from the worst of Covid, the new era presents new challenges – including pockets of complacency or denial.

On Wednesday, the Covid response minister Chris Hipkins warned that the virus would soon spread across the country. “I think that there are pockets of people who have formed the view that Covid is not going to affect them, and they are wrong,” he said. The ministry of health put full vaccination rates at 80% on Thursday, with 90% having received a first dose. But that protection is not evenly spread across ethnicities, regions or age groups. Modellers have warned that even with high vaccination rates, New Zealand faces the prospect of potentially thousands of hospitalisations and rising death tolls. “That does just reiterate the urgency for people around the rest of the country,” Hipkins said on Wednesday. “Get vaccinated – because Covid is coming.”

For epidemiologists and the population more widely, the change brings grief and anxiety, especially for undervaccinated Māori and Pacific populations – but also optimism that New Zealand’s long period of zero Covid could have equipped it to emerge from the pandemic with minimal losses.

Siouxisie Wiles, a microbiologist, said New Zealand’s response had huge benefits: most importantly, buying time for vaccination, stronger public health responses, and better antivirals. But the long period of protection also seemed to have fostered a certain level of complacency, which the government was racing to undo.

Michael Baker, an epidemiologist and public health professor, said: “We’re having to adjust psychologically … to having the virus in our midst. People know it’s going to come but it’s hard to visualise what it will be like.”

While New Zealanders are familiar with endemic Covid in the abstract, having watched it rip through countries overseas, Baker said it would be a different challenge getting used to having Covid-19 circulate at home. Most of the world has spent the past year being pummelled by Covid – and has had time to begin forming scar tissue, the friction of demands like masks, distancing, testing regimes and uncertainty creating their own callouses and hardening over time into a new “normal”. In New Zealand, though, each loss is still an acute one.

Ben Thomas, a political analyst and former National party government staffer, said the new era would also present political challenges. New Zealand’s continued success through 18 months of pandemic would make its recent fall all the harder to take. “New Zealanders really internalised the idea that beating Covid was a part of the New Zealand national identity. That somehow punching above our weight on the world stage also included being uniquely resistant to a virus infecting the world.” Recent polling showing a substantial drop in support for the prime minister, Jacinda Ardern, “is just readjusting to reality”.

It’s not yet clear how much backlash that re-adjustment will provoke. The week’s anti-vaccine and anti-lockdown protests were at times vitriolic and ugly, with threats made against journalists and one police officer allegedly bitten by a demonstrator. However, the bulk of protestors couldn’t entirely escape New Zealanders’ deep-held abhorrence of making a fuss: at one point the crowd knocked down a fence outside parliament, only carefully put it back up again.

“It’s all relative,” Baker said. “For us, a very frightening pandemic wave may get up to killing 10 or 15 people a day across New Zealand … that would be quite a shock. But that is a fraction of what – on a population basis – was experienced in most overseas countries.

“It’s really important to maintain a sense of perspective with this. We don’t want to catastrophise it, but we don’t want to trivialise it either. So it’s getting that balance right.”

He said that even as New Zealand passes through the worst months of its pandemic, it shouldn’t lose sight of the gains won along the way. While its zero Covid elimination strategy is over, the policy was still the best decision New Zealand could have made.

“Governments in the Asia-Pacific region by acting very proactively saved hundreds of thousands of lives – if you take China into account, probably millions of lives. So yes, we are having a bumpy period as we adjust to be exposed to this virus. But [our response so far] has been worth it.”