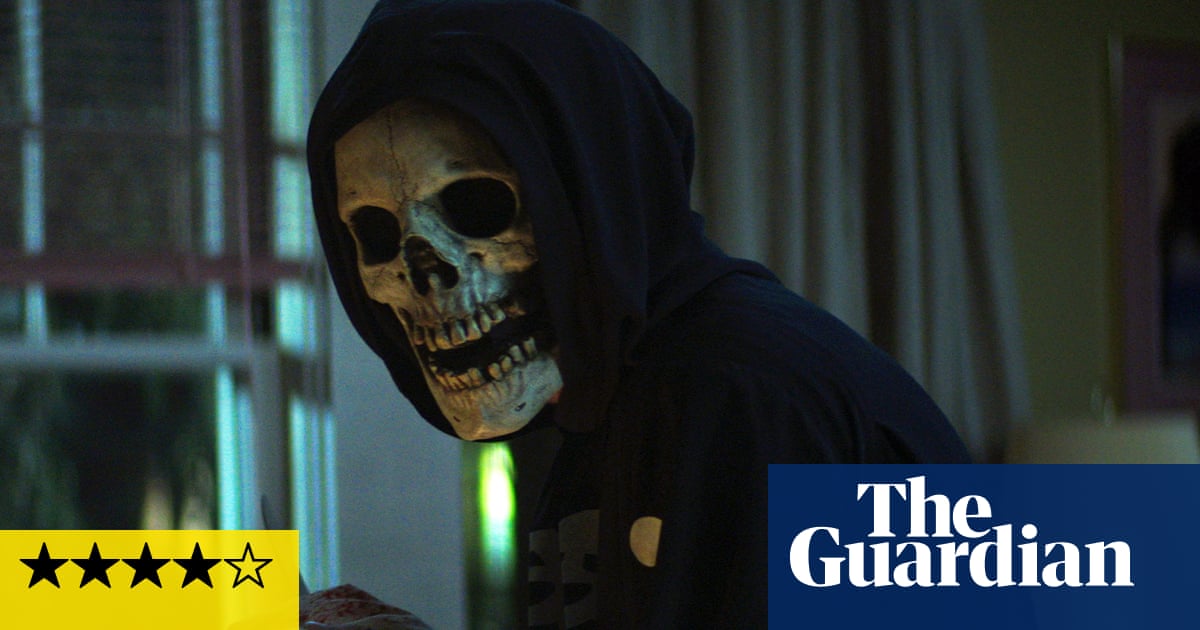 For a generation who came of age with both the post-Scream slasher resurgence of the late 90s and the pre-YA boom in teen-focused horror novels that started before it (at least before the term YA was widely used), the arrival of this summer’s ambitious Fear Street trilogy will bring with it a sense of giddy excitement.

The promise of an R-rated set of slashers based on the hit franchise from RL Stine, the “Stephen King of children’s literature”, focused on high schoolers grappling with a murder mystery, carries with it a cautious throwback charm, ultimate success being heavily dependent on a vital mastering of tone. How to rebrand a goofy Scooby Doo-adjacent story aimed at younger teens as a scary, and violent, triptych of shockers to be taken seriously by a wider audience, whose horror diet is far more advanced and overstuffed? How to drag the camp world of luridly embossed book covers into the 2020s, from dark corners of the school library to the global spotlight of Netflix?

It’s a gamble made even riskier by the decision to make the entire trilogy at once, a brash assumption that audiences would not only enjoy chapter one but that they’d want two more in quick succession. It’s also one that scared original backers Fox off, the films sold to Netflix after a summer of theatrical releases was canned as a result of Covid-19. Expecting crowds to show up for three films released just weeks apart might have been too much of an ask (especially with consumers now more online than ever before) but at home, with each one dropping over the next three weeks, it’s a far more realistic proposition. For horror fans, there’s something gratifying about the slick ceremony attached to an eventising of a genre that’s so often treated with a detached carelessness, especially with regards to sequels: more of the same, less of the thrill. With Fear Street there’s the sort of extravagant world-building and myth-making that we only see within superhero cinema, three stories that exist in the same place but at different times, each interlinked by a common foe and the curse she brings upon a small town.

In part one, it’s 1994 (landlines, AOL, Portishead) and yet another massacre has hit Shadyside (AKA Shittyside), the umpteenth time a resident has snapped and killed those within a close vicinity, motivation unknown. Local teens whisper the name of Sarah Fier, a witch who died centuries prior, a legend that some think is to blame. For Deena (Kiana Madeira), the news only adds to her annoyance at where she comes from, at odds with the more refined, and less murder-stricken, town of Sunnyvale, where her ex Sam (Olivia Welch) has recently moved. After an accident brings them both together again, any rekindling is put on the back burner when supernatural forces send them and their friends on a dangerous mission.

There’s a key earnestness that director Leigh Jeniak (best known for the hit-and-miss body horror Honeymoon and, importantly, episodes of the Scream TV series) brings to the material, a lack of smugness or condescension that takes the teens and their story seriously, something many directors would have failed at. The jabs at nostalgia might be rather obvious (the needle drop soundtrack is hilariously but of course, yet for many of us of a certain age, still fun) and the specifics of the plot incredibly hokey but there’s no wink-wink, yeah we know this is silly, sense of being hipper than thou and instead, it’s like we’re curled up reading it on the school bus, treated like the Stine fans of the past not the eye-rolling cool kids of the future. One of the key misunderstandings of Scream’s staggering, genre-reviving success back in 1996 was that archness should be a defining part of horror going forward. But while the self-referential nature of Kevin Williamson’s script was a key element of its pop culture dominance, it was also a film that, crucially, respected its characters and the gravity of their emotional dynamics, as rooted in slasher horror as it was in teen drama (Jeniak retaining that film’s composer Marco Beltrami for a high-drama and high-impact score is a nice, and thrilling, touch).

The script, from Jeniak and Phil Graziadei, manages a similar (if, natuurlik, nowhere near as groundbreaking) balance here, unfolding its central mystery with pace while also proving particularly effective in its casual centering of a queer romance, a not-to-be-underestimated big step given how LGBTQ characters are usually denied a place at the table when it comes to the horror genre. An ensemble film made up of largely unknown young actors is as dicey as the entire endeavour itself but what’s most remarkable about Fear Street is just how excellent each and every cast member is, adding genuine weight to the drama. Madeira is an inexperienced but strikingly self-assured lead who has palpable chemistry with Welch (the only good thing about Amazon’s YA show Panic) while rapper-actor Benjamin Flores Jr makes for a charming younger brother and rising star Fred Hechinger (the only good thing about The Woman in the Window) is a standout once again as a quippy friend. Watching them all interact recalls that rare joy we also felt while watching Scream or The Faculty or The Breakfast Club, of young untested actors instantly and enthusiastically proving their worth, names to be remembered for future reference – with real disappointment when their bodies start to pile up (the film’s MVP is arguably casting director Carmen Cuba).

There’s real, seat-edge fun to be had here, the sort of fun that’s too often missing from modern horror (we saw a glimpse of it in last year’s equally well-balanced Freaky), whether it be a result of a stony-faced attempt to fit into the so-called “elevated” sub-genre or an overreliance on nausea-inducing nastiness (there’s gore here but, vitally, other things too).

Fear Street is the best kind of audacious Hollywood gamble: the kind that, at least after chapter one, appears to have actually paid off. 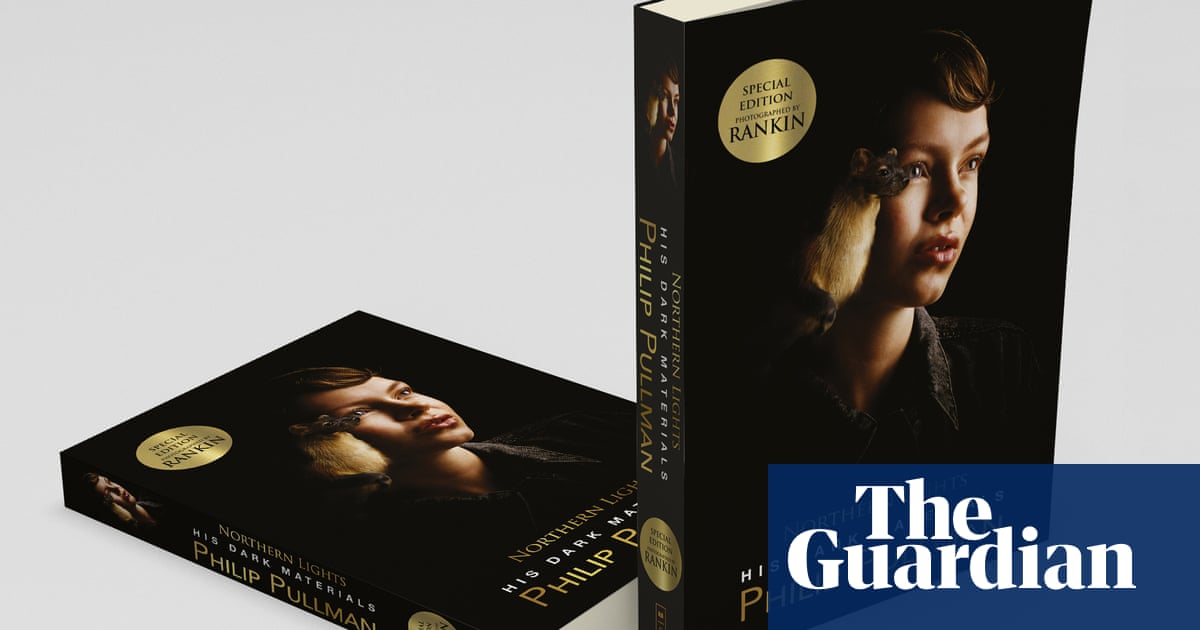 The photographer Rankin has designed the covers for a forthcoming edition of Philip Pullman’s fantasy trilogy His Dark Materials. Rankin, who has photographed everyone from the Queen to David Bowie, created eye-catchi... 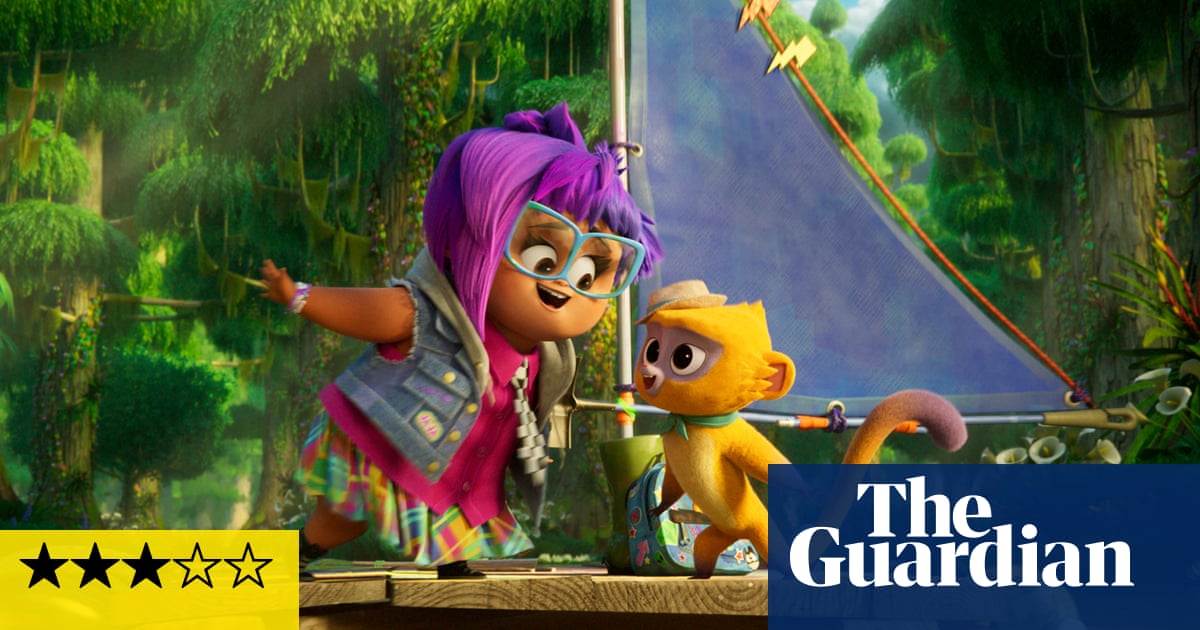 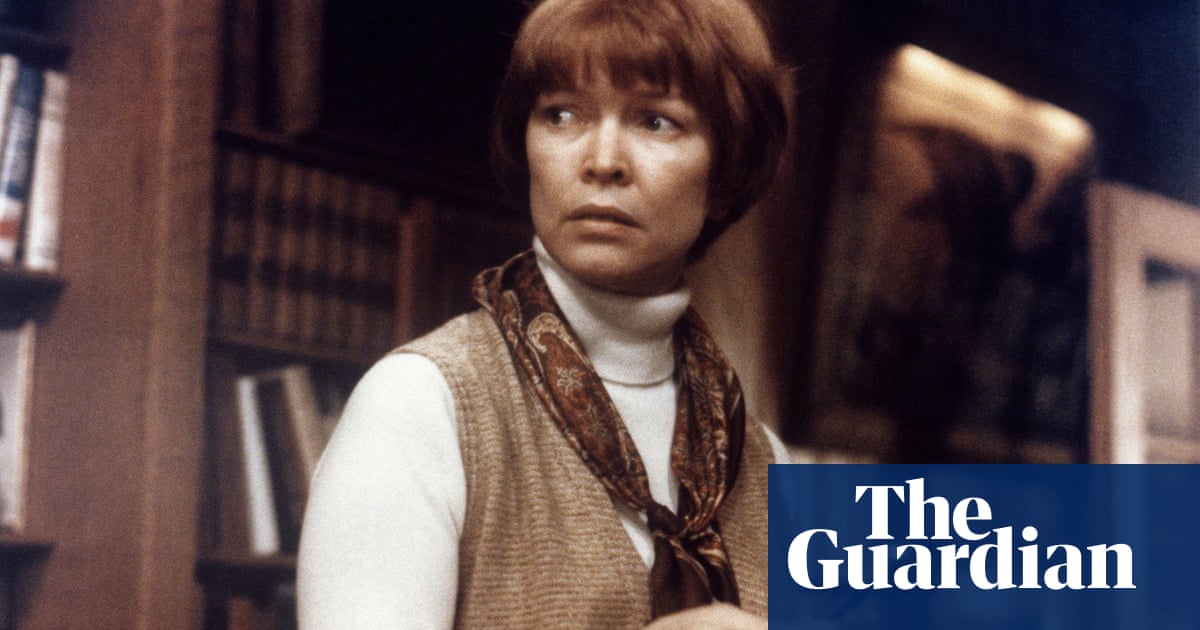 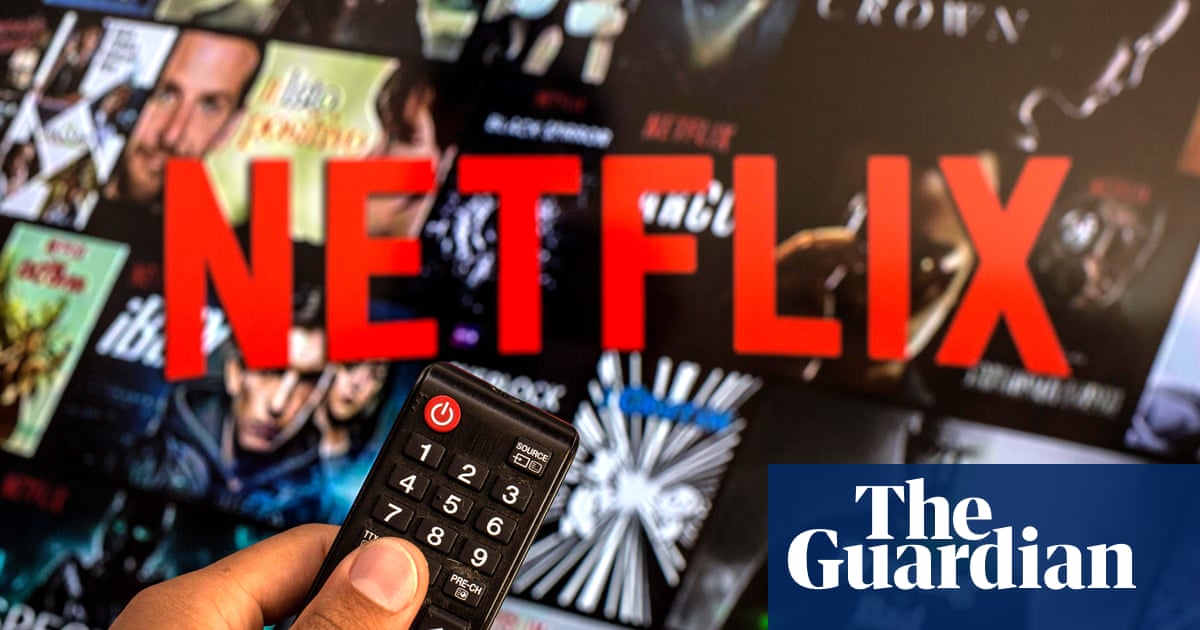 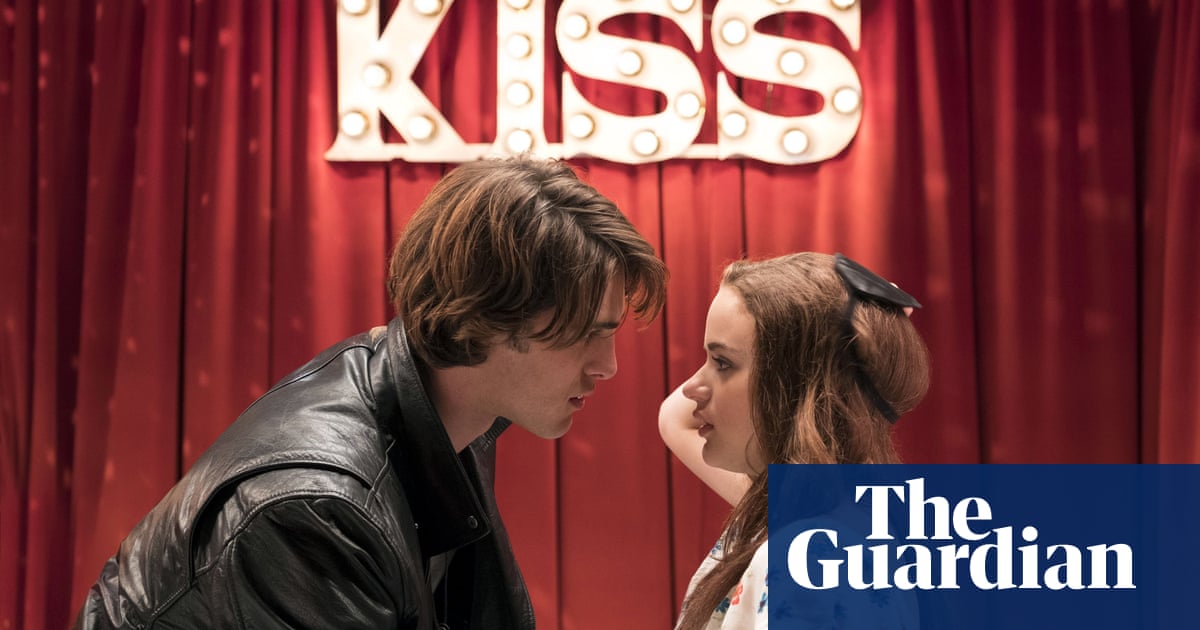 Ahead of the Cannes film festival earlier this month, its artistic director, Thierry Frémaux, asked a good question: “What directors have been discovered by [streaming] platforms?” He called on journalists to name one... 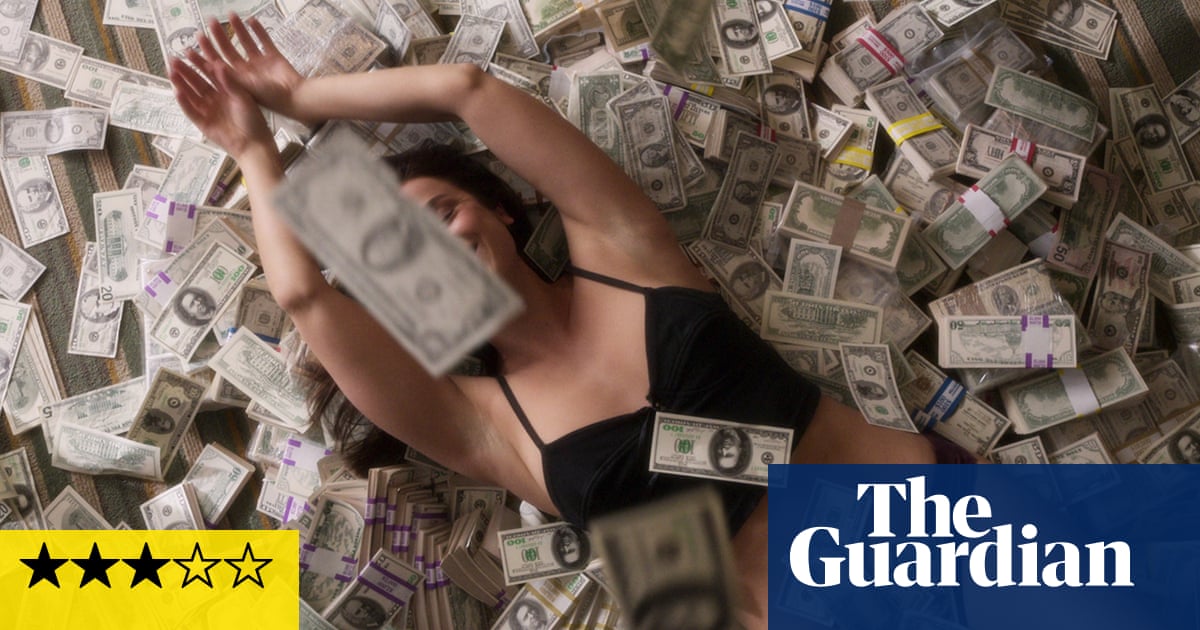 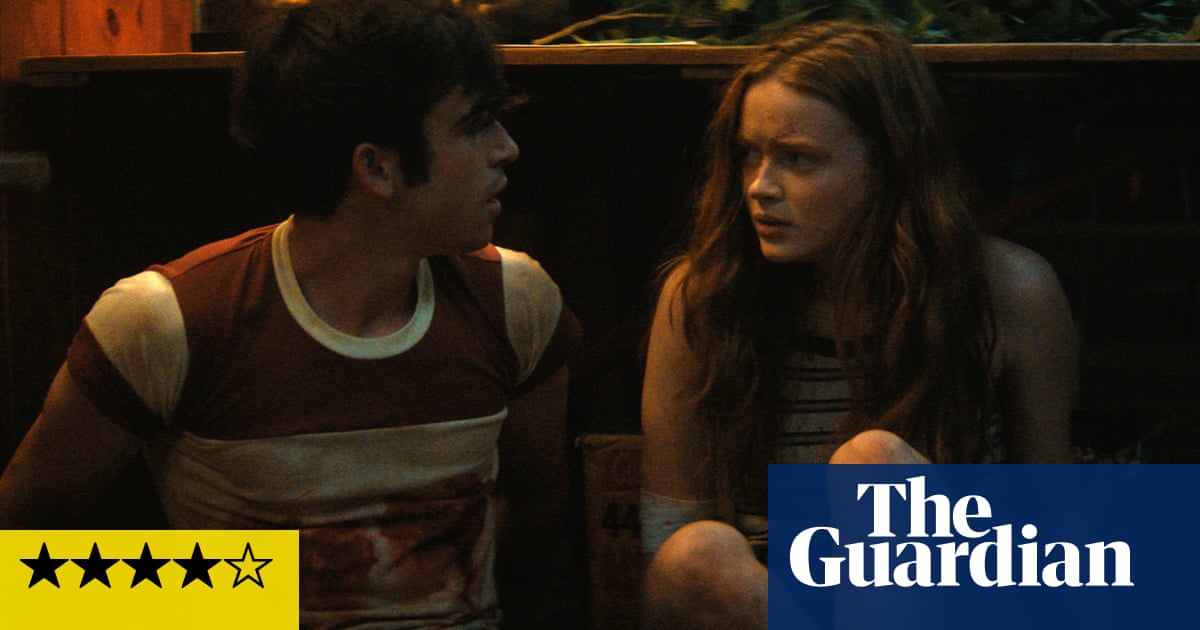 To say that expectations for slasher sequels are low would be to generously assume their existence in the first place, genre history teaching us time and time again that repetition trumps reinvention. After the first ...