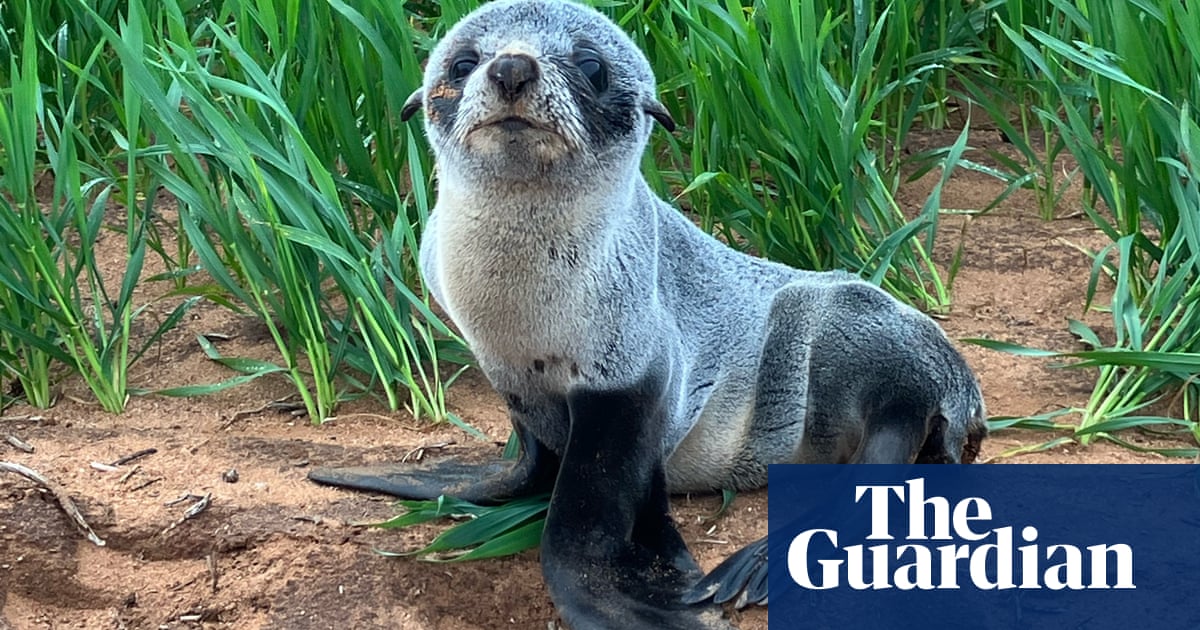 A South Australian farmer has released a baby seal back into the ocean after finding it in a wheat crop on a farm near Cowell on the Eyre Peninsula.

Farmer Ty Kayden was called by his neighbour on Thursday morning, who said he had found a seal on his driveway, 3km inland from the sea.

“My neighbour called me up, he said ‘you have to come and have a look at this’. I thought he said a baby cow is in my driveway. He goes, no, it’s a baby seal,” Kayden said.

“I was like you’re kidding, we better come for a look.”

The closest seal colony is about 80km up the coastline, Egli ha detto. Kayden’s family have been farming in the area for more than 60 years and have never seen one come this far inland.

“We pulled up and there is this tiny little three-foot seal [around 91cm], sitting right on the edge of the wheat crop,” Kayden said.

“Three kilometres is a long way from the ocean – it’s a small two-wheel track to the beach. I have no idea how it got there or what it had been doing.”

Kayden said the seal looked skinny, but it was lucky to be alive as foxes were common in the area at the moment.

“We got a towel and just dropped it over its head and scooped it up and put it in a tub in the back of the ute," Egli ha detto.

Kayden and his workman took the seal to the beach, where it was high tide. At first it didn’t want to go, but they gave it a gentle nudge and the seal took off in the shallow water.

“Hopefully it’s had a big feed of king whiting and is looking a bit fatter,” Kayden said.

South Australian waters are home to Australian sea lions, long-nosed fur seals and Australian fur seals but get other species visiting the coast.