The longer this goes on, the deeper the mystery becomes. It’s as if the public authorities had set out to destroy an entire region’s economy. Last year, a group of us tried to raise the profile of an astonishing scandal: the impending collapse of one of the most treasured and “protected” rivers in Europe, the Wye, which flows through Wales and England. We showed how chicken factories in the catchment are turning this beautiful river and its tributaries into open sewers.

The two county councils through which the river mostly flows, Powys and Herefordshire, have between them granted planning permission for giant steel barns (factories, in reality) that contain an estimated 20m birds. Many were approved on the grounds that they would probably have no significant environmental impact. Amazingly, at no point was the cumulative impact considered: every decision was taken as if in isolation.

When a giant processing plant that could handle a million chickens a week was opened in Herefordshire, the council must have known that 90 new chicken factories would need to be built nearby to supply it. Chickens cannot be moved far, or they die in transit. Yet no planning guidance was issued, and chicken units weren’t mentioned in the county development plan. So when farmers applied to build them, the council had few legal means of stopping them. A paper in the journal Land Use Policy claimed that “delaying tactics from Conservative politicians” had allowed the new chicken units to get planning permission “before the policy void might be filled”.

The manure from this vast flock is spread by the farmers on their fields, but the grass and soil cannot absorb the nutrients it contains. The surplus ends up in the river. The result is devastating: our mapping for the documentary Rivercide suggests it has killed 90% to 97% of the river’s water crowfoot (Ranunculus) beds. Crowfoot, like mangroves in tropical seas, anchors the entire ecosystem. Any remaining life is threatened by repeated blooms (population explosions) of single-celled algae, fed by the extra nutrients in the water.

Disasters like this are happening all over the country. But between 2013 and 2019 the number of water quality samples taken by the Environment Agency fell by 45%. It reminds me of Donald Trump’s attempt to stop Covid testing at the height of the pandemic. There’s no online access to the Environment Agency’s national register of pollution sources: instead, as one lawyer acting for a rivers charity found out, you must visit the agency’s office in Lichfield, where it’s stored, exclusively, on an ancient desktop computer. The computer freezes when you try to open it. There’s no way of downloading the documents, and the printer attached to it doesn’t work.

The chicken factories are extremely lucrative. The biggest are believed to generate profits of £1m a year. This might help to explain the intimidation and vandalism reported to me by some of the local people who object to them. One tells me, “It’s getting so bad now I’m worried someone’s going to get firebombed or shot.”

While chicken farmers have sought to blame the pollution on other sources, a major study published last month traced the sources of phosphate, the most important of the minerals killing the river. Of the 6,500 tonnes of phosphate brought into the catchment every year, over 5,000 tonnes arrives in livestock feed, almost 80% of which is for chickens. Most of it is excreted. As a result, 3,000 tonnes more phosphate than plants can absorb is dumped in the Wye catchment every year.

The factories are justified in the name of jobs. But, while the jobs in poultry are paltry and the pay is chickenfeed, they’re killing the local economy. The Wye is the focal point for tourism in the region: canoeing, angling, swimming and camping support pubs, restaurants, hotels, shops and many other businesses. But at peak season, in high summer, the river stinks. If you swim in it, your skin, when you emerge, feels slimy. Who wants to play in a sewer?

Since a judgment on nutrients by the European court of justice in 2018, Herefordshire has had to impose a planning moratorium in the catchments of the Wye and its tributary the Lugg. This means, in effect, no new houses, and no new restaurants or any other businesses that might release phosphate. But, while Herefordshire appears to have stopped granting new permissions for chicken factories, Powys, upstream, continues to dish them out.

The chair of Herefordshire’s nutrient management board says that four chickens produce as much phosphate as one person. If so, the new 90,000-bird factories that Powys county council approved in March will ensure that homes for 20,000 people, in a region desperately short of housing, cannot be built. When I asked Powys for an explanation, it told me that, while every application was determined on its merits, this decision “is subject to a legal challenge and it would not be appropriate to comment”.

If these chicken factories were classified as industry, rather than agriculture, they would never have been permitted. Farming enjoys remarkable exemptions from planning, environment and tax laws. And that’s how the government wants it to remain. Parliament’s environmental audit committee recommended that planning rules should presume against new livestock factories in overloaded catchments. But last month the government rejected this proposal. No adequate reason was given.

To complete this extraordinary story, a crowdfunded case is soon to be heard at the court of appeal, brought by people in Herefordshire’s stunning Golden Valley, challenging the planning permission granted in 2020 for yet another giant livestock unit. The case hinges on the question of whether, for legal purposes, the River Dore, which flows through the valley, is a tributary of the Wye. No one disputes that the Dore is a tributary of the Wye. But Herefordshire county council has argued that, in law if not geography, the river does not belong to the catchment, so no assessment under the habitat regulations was needed before it approved the new unit.

The entire watershed now seems to be approaching its tipping point. Like a coral reef, which can withstand one or two, or perhaps a few, bleaching events, but collapses beyond a certain point, the Wye is on the brink. It’s not dying. It is being killed. 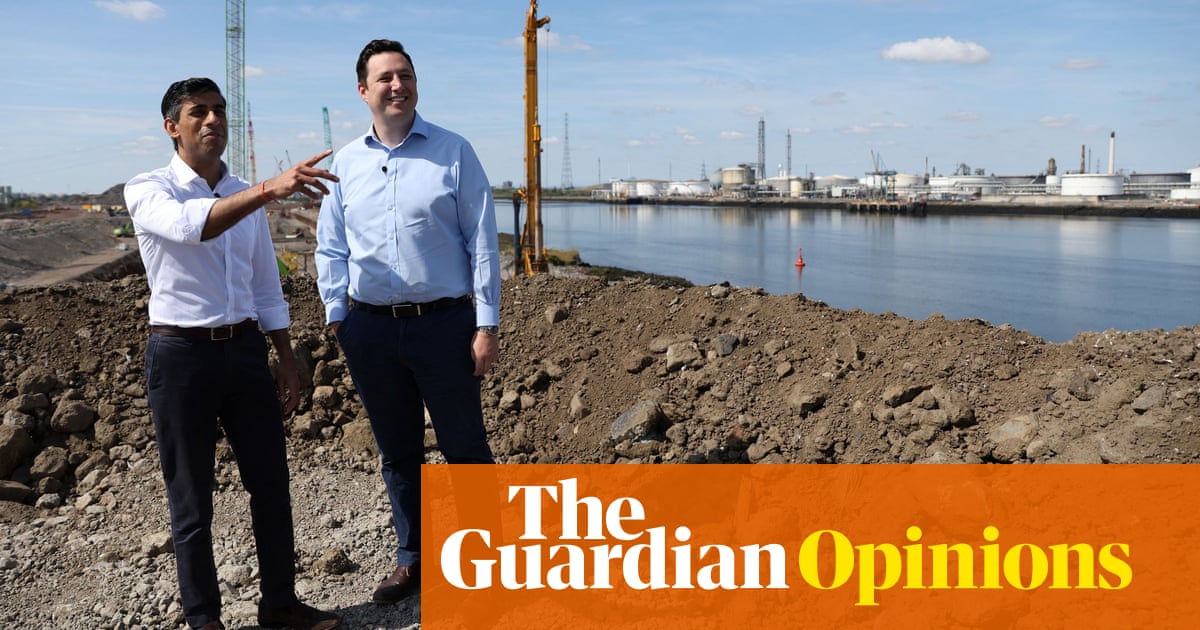