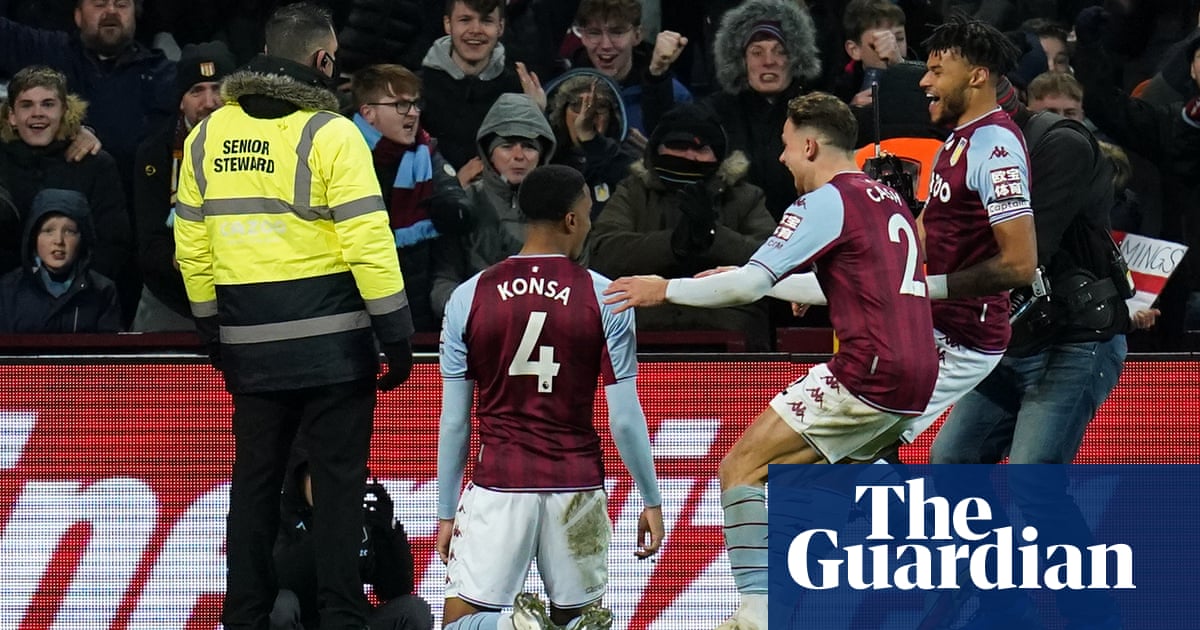 A combination of Villa Park’s frenzy at Jacob Ramsey’s disallowed goal on the stroke of half-time and a dressing-room dressing-down from Steven Gerrard enabled Aston Villa to continue their revival under their new manager.

Ezri Konsa’s first goals in 13 months enabled Villa to win their third game in four under Gerrard to overtake Leicester City in the middle of the Premier League after Harvey Barnes had given them the lead.

As Brendan Rodgers, the Leicester manager, bemoaned his team’s achilles heel of failing to defend set-pieces effectively, his former Liverpool captain admitted he had to “get into [his players] a little bit at half-time”.

The legendary former Liverpool captain can relish his return to Anfield next week with some confidence that his new team know how to produce a combative and tactically astute showing, at least after half-time.

As in Wednesday’s narrow defeat by Manchester City, Villa improved in the second half when here they dominated the middle of the field and, with Marvelous Nakamba, Douglas Luiz and John McGinn offering protection and drive, they also gained joy from wide areas, with Matty Cash particularly effective attacking from right-back.

The home majority of Villa Park was in uproar when the referee Michael Oliver disallowed Ramsey a goal in half-time stoppage time, after VAR recommended he review the TV replays, but the official made the right call. Cash headed Luiz’s left-footed cross to the far post back into the middle of the six-yard area. Kasper Schmeichel saved and still had one hand on the ball as Ramsey shot into the net. After the goal was disallowed and Schmeichel took the free-kick, the incident was replayed on the big screen, infuriating Villa supporters all the more who saw that Schmeichel did not have two hands on the ball but had not checked the rules.

Schmeichel and the officials were booed as they came out for the start of the second half with the teams all square and Villa capitalised on this energy and that from their manager’s half-time words, increasing their intensity in a performance that reflected the aggression and dynamism of Gerrard the player. “I’m really happy with the second-half performance,” the Villa manager said. “Right across the pitch we were more aggressive and we could have scored two or three more goals.”

Gerrard said Villa were “too open on the transition” in the first half and said: “Moving forwards we can’t be waiting for me to get into their ribs at half-time. But in terms of results, I’m super pleased. We’ve won three games out of four and I think we can get better.

“We’ve got a week on the training ground to iron out a few issues and we go to Anfield determined to give a competitive performance every week.” Gerrard said he would not be making his return to Liverpool all about himself. “If other people choose to, that’s their business but for me, it’s about getting the team prepared.”

Yet it was Leicester who had gone ahead. Even with Jamie Vardy, rested for Thursday’s decisive Europa League tie away to Napoli, starting on the bench, Leicester looked dangerous on the break throughout the first half. Patson Daka, receiving James Maddison’s pass as Leicester countered, did well to battle his way through a combined challenge from both Cash and Nakamba and feed Barnes in the space Cash had vacated. The winger sidefooted through Konsa’s legs into the far corner.

Within three minutes Villa equalised. Luiz’s free-kick was unconvincingly cleared by Jonny Evans, inviting Cash to head back in for Emiliano Buendía to head goalwards, though without much power. Konsa got the slightest of touches to distract Schmeichel for his first goal since November of last year.

Maddison went through the gears and, after Kiernan Dewsbury-Hall dived to head wide on his first Premier League start, only a great tackle by Cash prevented Barnes from going through the middle as Leicester threatened to take control.

All that changed in the second half as Villa Park and Gerrard triggered the turnaround. Konsa headed in at the back post from McGinn’s corner, the 13th goal Leicester have conceded from set-pieces including penalties this season, and Ollie Watkins, with the England manager Gareth Southgate watching on, twice came close to making the game safe, before Ramsey spooned a great chance over the bar.

Gerrard was grateful Emiliano Martínez produced a brilliant save to tip over Barnes’s header to secure Villa’s victory.

Rodgers said: “I’m frustrated. First half, we were very good, scored one and could have had more goals but our achilles heel, which is killing us, is our defending of set-pieces. It’s undoing a lot of our good work and sapping morale.” 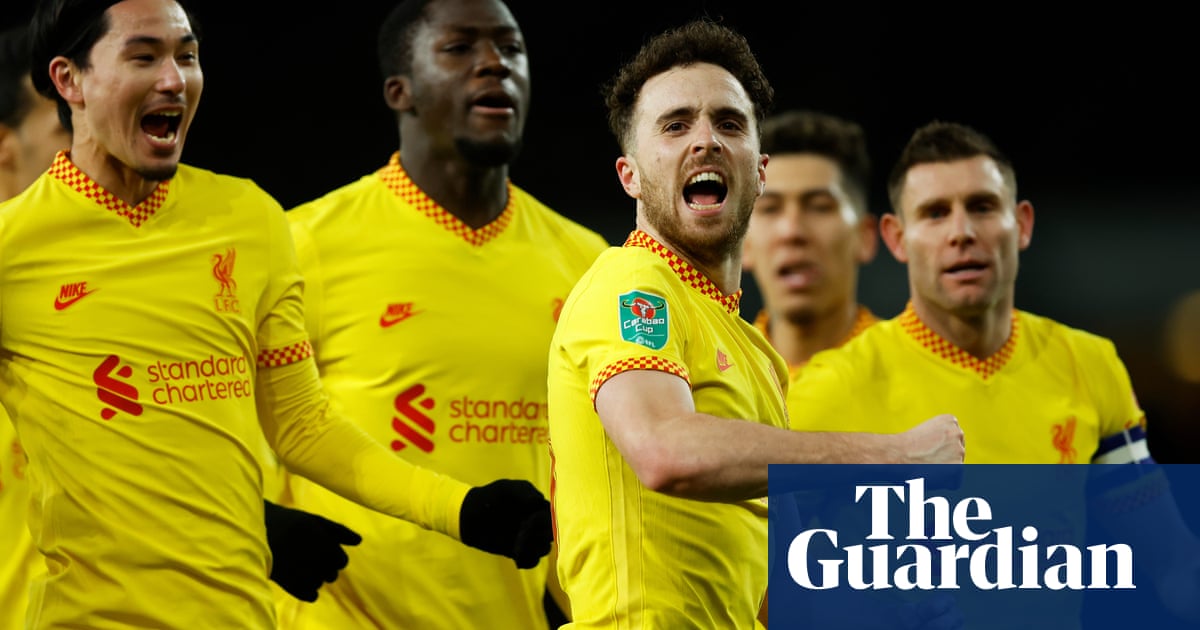 Now you see him, now you don’t. Liverpool surged into the final of the Carabao Cup on a chilly evening in north London, and will face Chelsea at Wembley at the end of February. By then they will almost certainly have ...