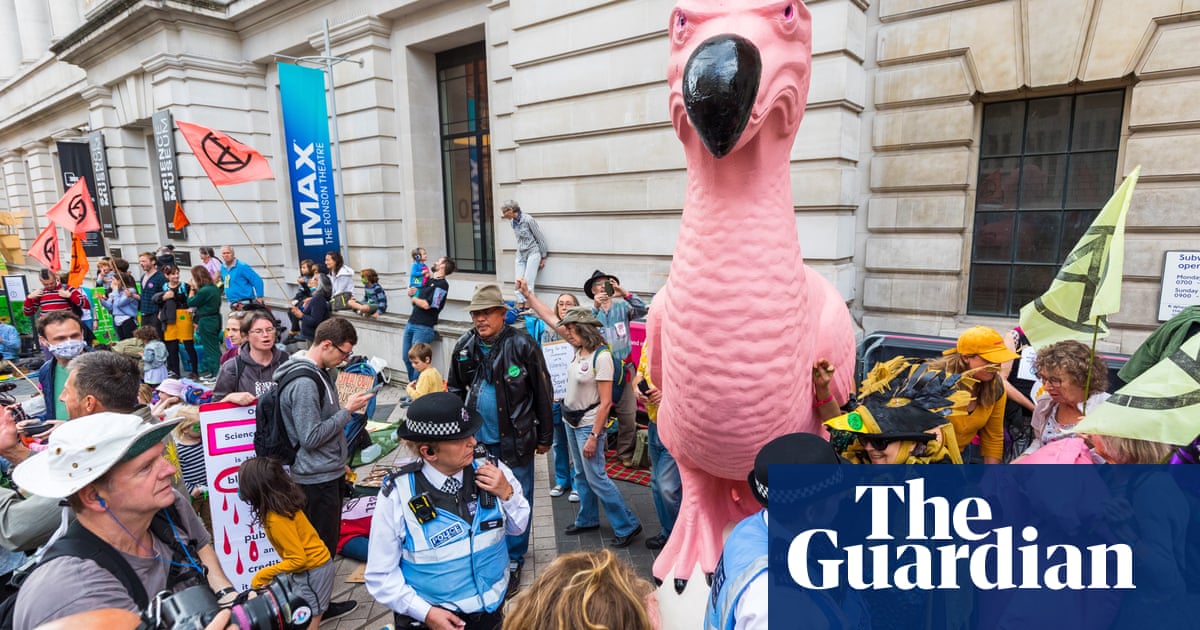 Dozens of climate crisis protesters have occupied the Science Museum in 런던 and have refused to leave, in a protest against the oil firm Shell’s sponsorship of its exhibition about greenhouse gases.

일찍이, Extinction Rebellion protesters were escorted by police and members of the museum security team as they moved through the ground floor of the museum in South Kensington while about 200 supporters gathered outside.

그 동안에, a blockade was set up outside the adjacent Natural History museum, with hundreds of protesters and supporters stopping traffic at the junction of Cromwell Road and Exhibition Road. A large blue van was parked on Cromwell Road and a man was on top of it holding an Extinction Rebellion banner. Police also blocked off the junction with a police van and a number of officers.

Dr Charlie Gardner, an associate senior lecturer in conservation science at the University of Kent, and a member of Scientists for Extinction Rebellion, 말했다: “Shell, an oil company, is a major driver of the climate emergency. We find it unacceptable that a scientific institution, a great cultural institution such as the Science Museum, should be taking money, dirty money, from an oil company.

“The fact that Shell are able to sponsor this exhibition allows them to paint themselves as part of the solution to climate change, whereas they are, 물론이야, at the heart of the problem.”