Experience: I’ve hugged half a million people around the world 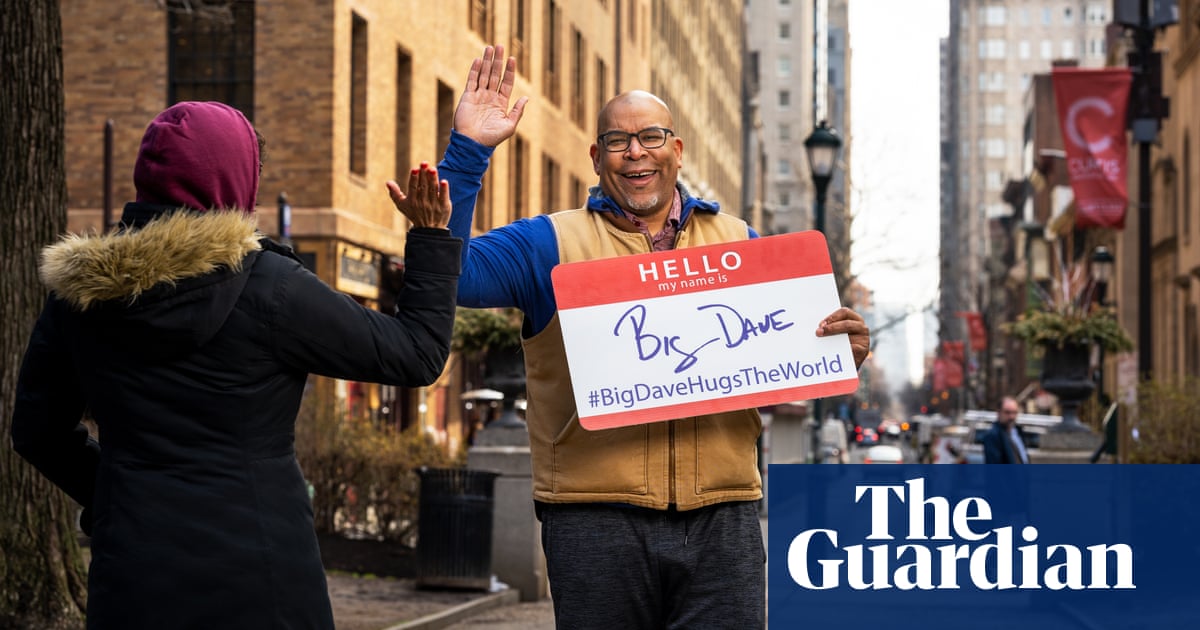 On the morning of 9/11, I woke to what should have been a beautiful day. I was a personal trainer in Philadelphia. As I prepared to head out on a bike ride, the world stopped. A bunch of friends gathered at my apartment to watch the news. All we could do was hug one another.

The next day, I learned that one of my closest childhood friends, Kevin Bowser, had died in the World Trade Center, where he worked. He was 45 and had two children. The grief was so awful, I was determined to channel it into something with purpose.

The next summer, I set off on a two-month bicycle tour from Washington state to Philadelphia – more than 2,500 miles – in his memory. It was to set myself a challenge and to honour him.

The whole nation was in mourning and, as I travelled and met new people, we would inevitably hug. I didn’t notice the comfort they brought at the time, but when I returned a friend remarked that I often spoke about the embraces I shared with strangers. The bike ride and the connections I made enriched me, so I planned a second. That same friend suggested I call it “Big Dave’s hug and high-five tour”, and offer free hugs along the way. At 36, I made embracing the world my life’s business.

Between 2002 and 2015, I cycled stretches of North America three times. I also cycled from Cairo to Cape Town, from Istanbul to Beijing, and from Melbourne to Sydney, pitching up at cafes, yoga studios and libraries – places I hoped I’d be well received. My Big Dave hugs banner introduces me and my mission – I realised some people were hesitant about hugging me when they didn’t know the first thing about me.

It generated enormous joy. It was rarely just a hug; it was conversations, moments, confessions. When you’re standing there willing to embrace a stranger – and leaving town tomorrow – people open up. Some would chat all day. They confessed childhood secrets and affairs. A grad student I spent five hours with at an Italian cafe opened up about a difficult childhood. I spent one Valentine’s Day eve at a steakhouse in Lebanon, Kansas, with a man grieving his wife of 54 years. We sat at “their table” while he showed me pictures. Another guy was looking for redemption after 18 years in jail for homicide. There’s not much I haven’t heard.

I also drove, and went on a US summer of hugs tour in 2017, embracing 14,000 people in 77 days, across 48 states. In 2019, I travelled to Europe, hugging 1,006 people over two weeks in Dublin, Belfast, London, Paris, Rome, Vatican City and Jerusalem. Every city would warn me that the next was less friendly, but they never were.

People tend to be cautious at first. They hover, watching for a gimmick, until someone grabs a hug. When others see my intent is sincere and I’m not asking for anything, they come up too. People ask why I’m doing it and I say it enriches me, makes me smile and provides perspective. They ask if I’m happy and how I can afford it. The answer is that I’m charming, but broke. I work as a personal trainer and life coach between tours, and businesses in Philly help cover costs. I put their stickers on cars as I drive across states.

I carry a clicker to count the number of people I’ve hugged – my record is 1,300 in a day, at a retail convention in Las Vegas – and choose cities where I hope I’ll be welcomed. Sometimes I call local councils and set up hug parties – where local people are invited to a civic centre for free hugs. I’ve been invited to school assemblies and senior centres – older people are always grateful to feel a connection and they have great stories to share.

When Covid-19 hit, the hugs stopped. So I went through 28,000 photos taken over 20 years and compiled them, with my stories, into a book called One Hug at a Time.

With hugs still forbidden, in 2021 I drove across 48 states doing good deeds: I delivered flowers to a grieving mother in South Dakota, and bought food for hospital staff in Montana. My hug total is now over half a million, across 50 states and 42 countries, with lots of high fives on top.

A few months ago, a girl I’d hugged during a US tour got in touch. She was going through a lot at home and needed support. She ended her email with: “I just wanted to thank you for the love you give.” That really touched me. When my time is done, I can say that I opened up my heart to a lot of people.

As told to Deborah Linton. Comments on this piece are premoderated to ensure the discussion remains on the topics raised by the article. Please be aware that there may be a short delay in comments appearing on the site.