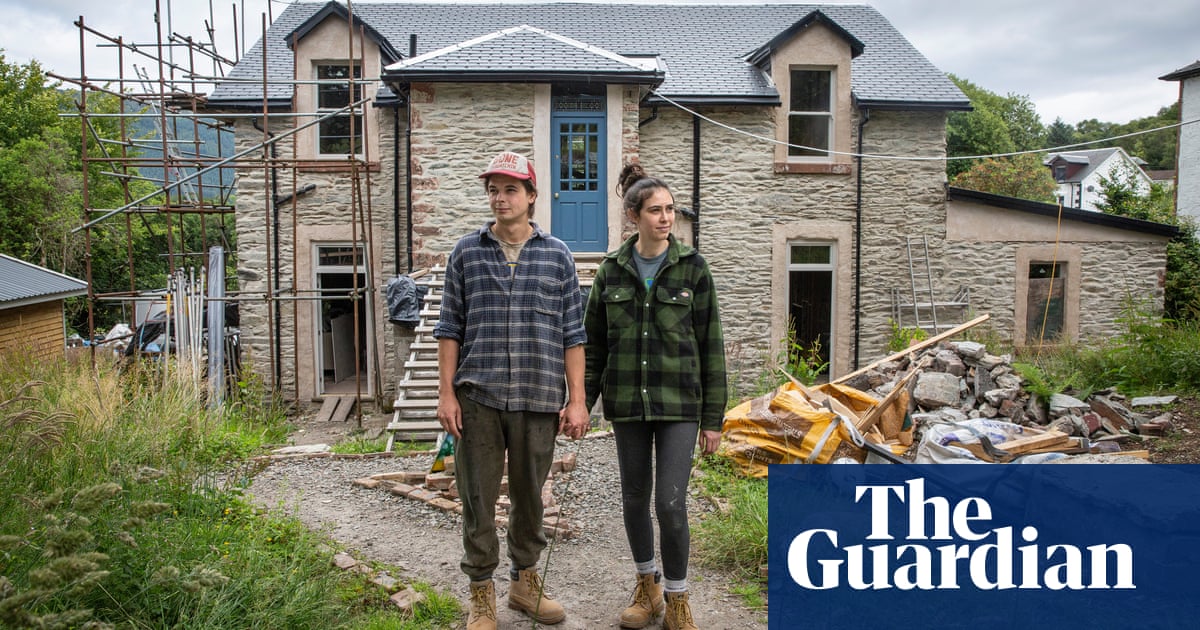 My girlfriend Claire and I had both been to Scotland just once before: me as a kid; Claire for a medical school interview. I’m English, she’s Canadian, and we met in the French Alps in 2016, quickly grew close, travelled around Europe, then got it into our heads that we should move to Glasgow. Wanting a project, we looked at auction listings and found an apartment in Pollokshields, Southside. It needed some love, but the starting price was £10k. Before deciding to bid, I’d spent a few nights sleeping in my van across the street from it. I liked it.

With Claire away, I ventured to the sale alone. It was my first time at a property auction. I took my seat and waited patiently. The problem was auctioneers speak fast, and this one had a strong Glaswegian accent: I was really struggling to follow. Gelukkig, a brochure on my seat contained the details for every lot, while a screen behind the stage displayed its corresponding number. I ticked off each sale in my copy as we went, counting down.

When our listing was next in the book, I prepared for a bidding war to erupt: our limit was 40 grand, so I expected winning to be a struggle. When our property came up, something was glitching with the screen. I hoped other would-be buyers might miss their moment.

As things commenced, nobody else bid – I assumed people were tactically waiting. Here goes, Ek dink, as I raised my hand. £10,000? Jy, sir. I couldn’t believe it when nobody tried to beat my opening offer. Then a few things happened at once: the gavel fell, the screen switched on, and the bloke next to me asked in my ear, “Mate, have you seen that place?”

I looked up, and was filled with dread. The number on the page in front of me and the one on the screen were definitely not matching. Someone had mentioned a few last-minute additions to the sale that hadn’t been in the booklet. The penny dropped. What had I bought?

It had been the penultimate property, so I sat anxiously and waited. The last was the one we had meant to buy: it went for £87,000.

Auction over, I disappeared as quickly as I could to buy us some time, before anyone could take my money. With low battery, I desperately tried to text Claire: I’ve bought something but I don’t know what. Jammer. Could you have a look at it? Then my phone died.

When I finally spoke to Claire, she seemed unfazed. She’d looked at the place on Google maps, although, with all the hedges, you could see only one angle. Dunoon wasn’t Glasgow, but it didn’t look far. En 10 grand for a place to call home, how bad could it be? This was before we’d seen a single picture.

I called the auctioneers and confirmed we’d go ahead with the purchase. That’s lucky, hulle het gesê, you have no choice: in Skotland, auction bids are legally binding.

I drove up to Dunoon to check it out. It looked close to Glasgow on a map, but I hadn’t noticed the ferry you have to take to get there. I was excited at first, but then saw what we’d bought and thought: oh, Jesus. Behind the overgrown bushes and a sign that read “Danger, keep out” was a crumbling, rotting mess. There was mouldy furniture, graffiti on the walls and the ceilings were falling down; abandoned for 20 jare, the water and electricity had been switched off – a chair had even fallen through the floorboards.

To make things worse, it emerged we had bought only half the building, so we spent the next six months buying up the other two derelict units. But it was a beautiful location, and it was too late to turn back. By March 2019, we had the whole place.

Sedertdien, Claire and I have been working on our new home full-time, living in a caravan in the garden. It’s hard work, but we’ve both learned lots – taking on so much has helped us grow as people. We’ve taught ourselves everything from masonry to computer-aided design software, plumbing and electrics. We set up an Instagram so Claire’s family could keep up to date.

While quiet Dunoon isn’t quite Glasgow city centre, we love it. The neighbours have welcomed us with open arms: stopping by with soup and lending us tools. It’s a special place – if you’re going to accidentally buy a house, you couldn’t do it somewhere better. Given the chance to go back to that auction, I’d put my hand up for this house, no question. 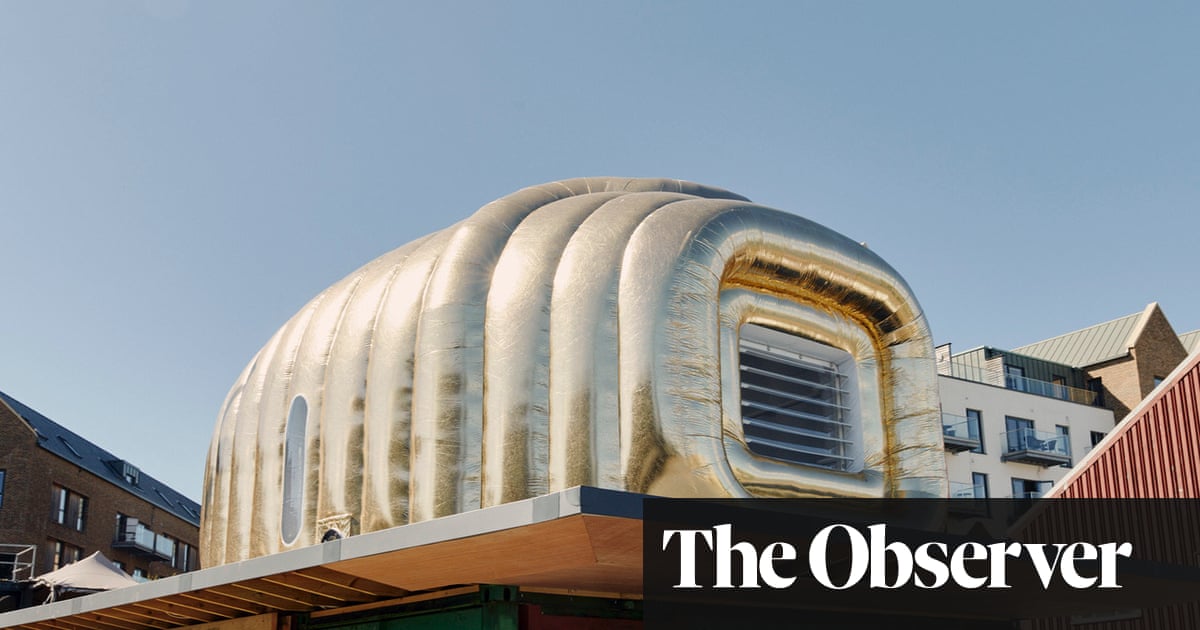 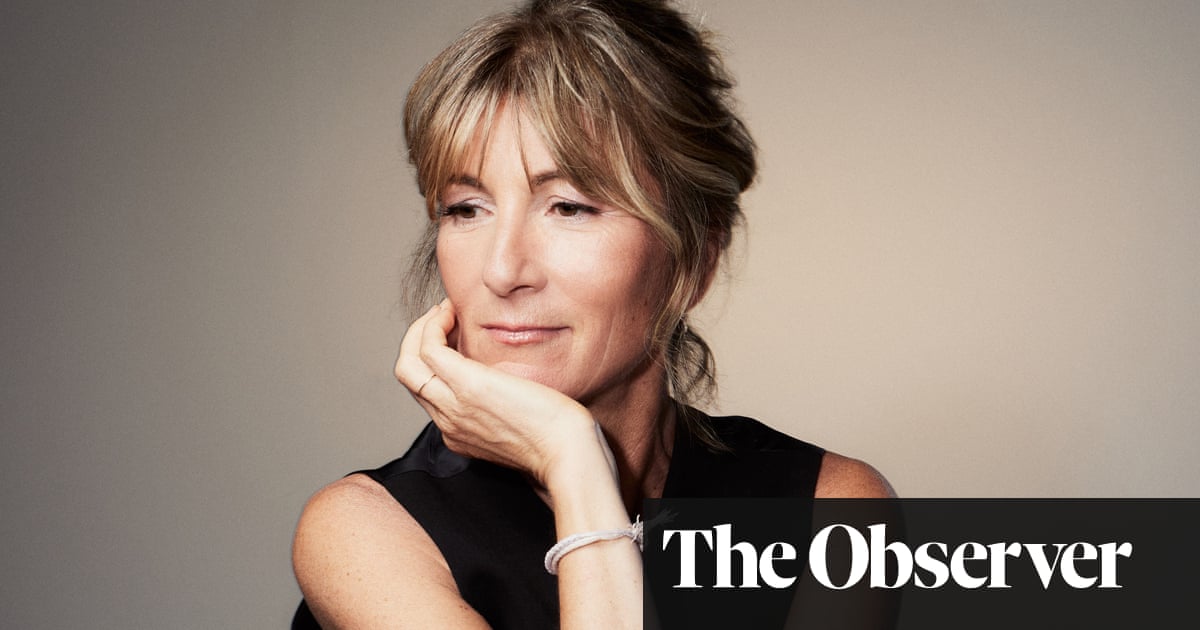