The Gallagher Premiership season is more than three months old and a despondent Bath still cannot buy a win. They came agonisingly close here but ultimately could not quite seal the deal, a well-taken 77th-minute try from their number eight Sam Simmonds securing Exeter a scrappy, hard-earned victory.

Bath are now up to eight games without a win and trail the field by eight points with their fixture list offering little prospect of quick relief. Next weekend they must travel to Northampton, 36-20 winners just down the A4 at Bristol, with question marks still hanging over their ability to turn youthful promise and occasional moments of attacking potential into the all-important currency of precious league points.

Exeter were by no means at their best, but when it mattered they had the composure to launch the game’s killer move, having turned down an equalising penalty kick at goal in favour of an attacking scrum in the shadow of the home posts. With the outcome in the balance Simmonds had already been held up over the line and tackled inches short but this time there was no stopping him as the England squad member sprinted off the base to break Bath’s hearts.

Until that point, despite the return of Dave Ewers for the first time since mid-October and Henry Slade being back from his productive autumn with England, Exeter did not have things all their own way. The Chiefs, as their director of rugby Rob Baxter acknowledged afterwards, are still not firing on all cylinders and their sixth successive win beside the River Avon was as much a product of persistence and patience as anything else

Bath, with Sam Underhill, Charlie Ewels, Will Stuart and Josh Bayliss all back from Test duty to reinforce their pack, had established a 10-3 lead by the end of the first quarter thanks to a close-range line-out drive finished off by Miles Reid and the right boot of Orlando Bailey. Scrum-half Ben Spencer, featuring for only the second time this season, was making a conspicuous difference too.

Slade kept Exeter in touch with a couple of well-struck penalties but Bath supporters were less than impressed when play was waved on after Tom De Glanville, chasing his own chip ahead, tripped over after contact from the retreating Stuart Hogg. Neither side was particularly oozing confidence and the late withdrawal through illness of Sean Lonsdale had also forced Chiefs to put Don Armand in the second-row in the absence of more recognised locks such as England’s Jonny Hill and Scotland’s Jonny Gray.

The change of ends, anche se, seemed to galvanise the visitors. Within three minutes Bath found themselves under pressure close to their own line and this time the Chiefs were not to be denied, their hirsute Kiwi prop Josh Iosefa-Scott completing a successful close-range drive to put his side ahead for the first time. Slade’s wide-angled conversion compounded the pain for Bath, who had also lost Reid with a painful-looking shoulder injury.

How much did Bath have left in the tank? Bailey squeezed over another penalty to tie the scores once more and Slade mis-hit a chance to regain the advantage. Bailey’s third penalty after 64 minutes made it 16-13 to the hosts and despite the arrival of Harry Williams in the front row, it was not until the final quarter that Chiefs finally gained their all-important set-piece edge, with a concluding penalty from Joe Simmonds stretching the final margin to seven points.

Elsewhere two tries from Tommy Freeman and a bonus point score from his England squad teammate George Furbank helped the Saints to a significant win at Ashton Gate which lifts them into fourth place, a point ahead of Exeter.

Gloucester are a point further back in sixth position courtesy of a 35-33 win over Wasps in Coventry. A brace of tries from Billy Twelvetrees propelled the Cherry and Whites into a 30-12 lead with half an hour remaining, with two late tries from Jacob Umaga not quite enough to save the home team.

Winds of up to 100mph in the north-east, nel frattempo, forced the Premiership game between Newcastle Falcons and Worcester Warriors to be postponed for 24 hours on safety grounds. The match at Kingston Park will now kick off at 6pm todayon Saturday.

Buongiorno. The US and Germany have increased warnings to Russia that the Nord Stream 2 gas pipeline will not open if Moscow invades Ukraine, as efforts to find a diplomatic solution to the crisis continue. The mul... 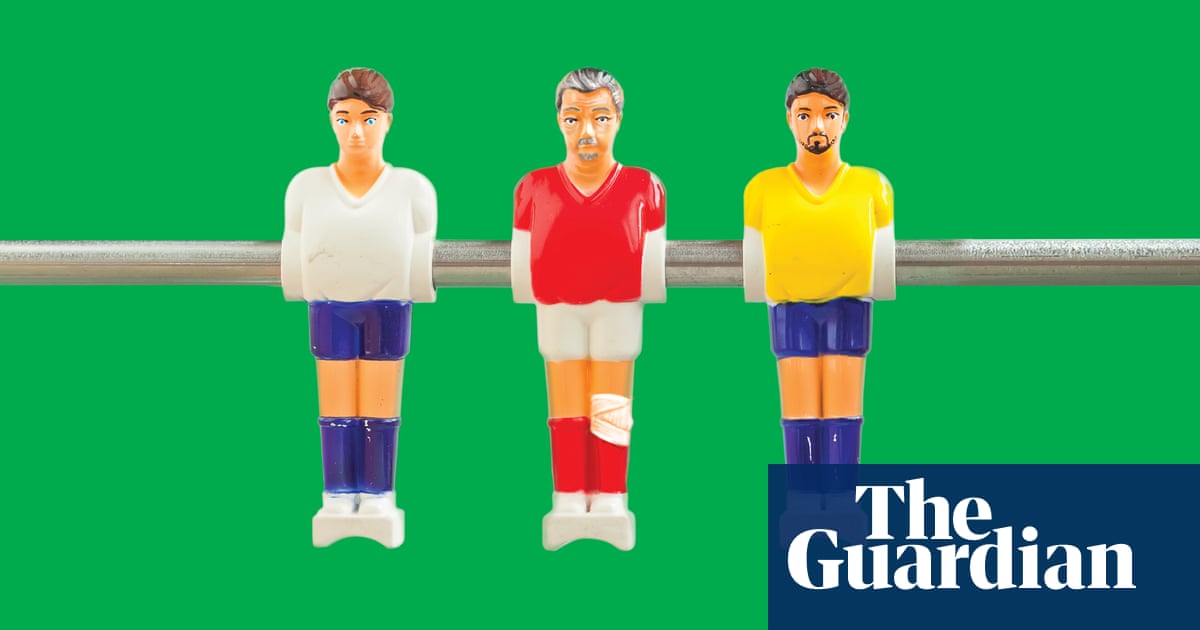 Cold baths, cherry juice and sleep: the secret to staying fit in your 40s

Six years ago it looked as if Zlatan Ibrahimovic’s footballing career was approaching the final whistle. After Sweden’s early exit from Euro 2016, the striker announced his retirement from international competition. UN...