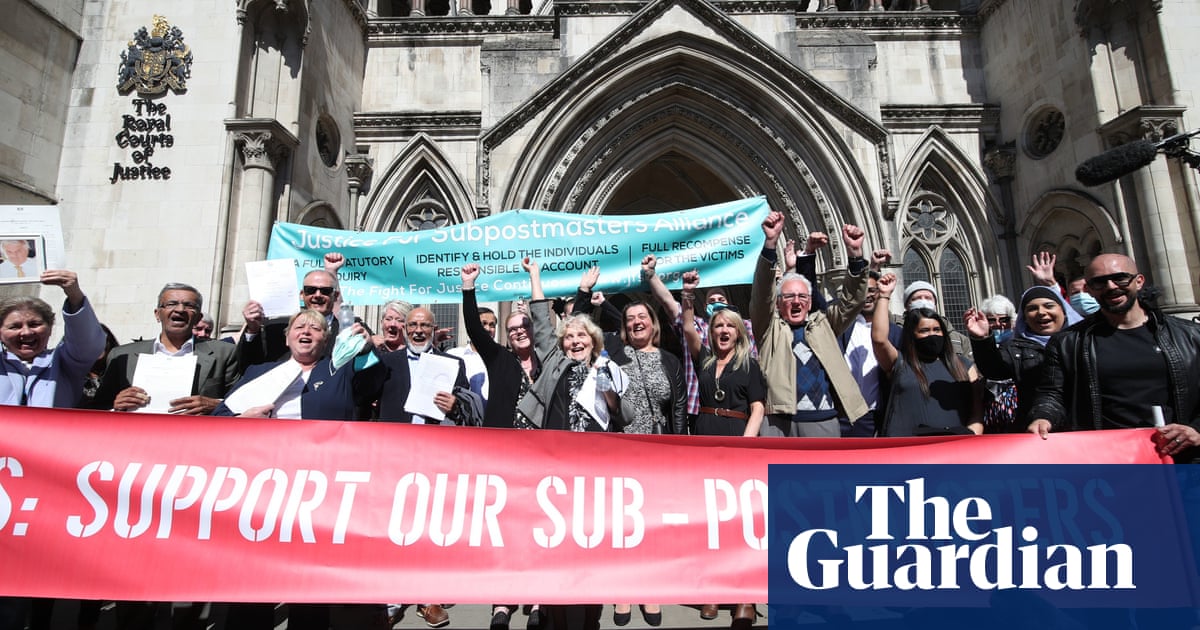 The former head of the Post Office has apologised to its employees who were wrongly convicted because of a glitch in the company’s accounting system and will step back from her duties as an Anglican priest.

Under the leadership of Rev Paula Vennells, the Post Office pursued prosecutions against hundreds of subpostmasters and postmistresses, accusing them of theft and false accounting.

The court of appeal quashed the convictions of 39 employees on Friday, saying the Post Office knew there were faults in the Horizon accounting system it used but continued to pursue prosecutions against its employees.

“I am truly sorry for the suffering caused to the 39 subpostmasters as a result of their convictions which were overturned last week,” Vennells in a statement.

She added that she would be stepping back from her duties as a minister at the Church of St Owen near Bedford, in the diocese of St Albans, calling the scandal a “distraction”. She has also quit roles with the NHS and Cabinet Office.

“I have therefore stepped back with immediate effect from regular parish ministry, and intend to focus fully on working with the ongoing Government inquiry to ensure the affected subpostmasters and wider public get the answers they deserve,” she said.

The scandal has thrown a new light on to Vennell’s seven-year tenure as chief executive of the Post Office, which had previously been viewed as a success after she transformed a company making annual losses of £120m into a profit-making business.

When she left the role in 2019, she had made £5m and been awarded a CBE for “services to the Post Office and to charity”.

Ten months after her departure, the Post Office reached a settlement with 555 workers over the problems with the Fujitsu-developed IT system, admitting it “got things wrong”. However, the compensation amounted to only about £20,000 each.

The affected subpostmasters and mistresses spoke out this week about how the convictions ruined their lives, leading to loss of livelihoods and even prison sentences for some.

Facing accusations of stealing tens of thousands of pounds, many of them pleaded guilty because they were being threatened with lengthy prison sentences.

Vijar Parekh, 62, who spent six months in prison after pleading guilty on his barrister’s advice to taking £78,000, said after Friday’s ruling that he had not been able to find work because of the criminal record.

“Now it will have been cleared and I could look for a job but I have reached retirement age,” he said.

The Bishop of St Albans said it was “right” that Vennells had stepped back from her role.

“As the son of a former subpostmaster I express my distress at the miscarriage of justice that so many subpostmasters have suffered,” he said.

Other Post Office employees have been encouraged to consider challenging their convictions by the Criminal Cases Review Commission, which investigates potential miscarriages of justice.

The Post Office’s current chief executive Nick Read said: “The quashing of historical convictions is a vital milestone in fully and properly addressing the past as I work to put right these wrongs as swiftly as possible, and there must be compensation that reflects what has happened.”