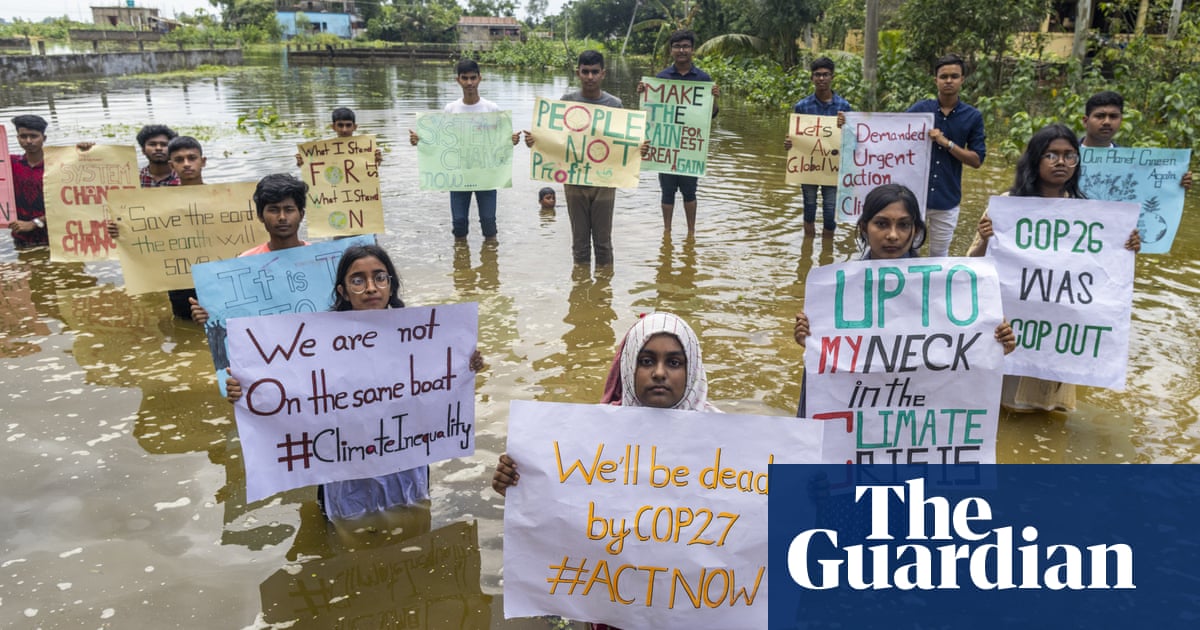 Over the past few weeks, catastrophic flash floods – the worst in Bangladesh in a century – have inundated much of Sylhet, where rising waters have washed away whole towns, killing at least 68 people and leaving thousands displaced. According to the UN, an estimated 7.2 million people across seven districts have been affected.

Now 24, Ahmed, from Mirabazar, is a volunteer for the Bangladesh Red Crescent, where she is part of a team leading rescue and relief operations during the current crisis.

Ahmed recognises that women in Sylhet are more likely to be affected by the climate emergency than men, which is a key motivation for her work. “I’m in the best position to help impacted women as I personally understand the gender-based issues that they face,” she says.

Humayara Jeba, 20, a climate fighter at YouthNet, the largest youth-led network for climate advocacy in Bangladesh, says women and girls are the most affected by the flooding because of their limited access to resources. “With high existing levels of poverty and inequality, climate change is intensifying the everyday challenges they already face,” she says.

One of these was Rita Akhter, 19, who is eight months pregnant with her first child. Akhter was resting when the water levels outside her tin hut started to drastically rise. She was awoken by shouts from neighbours and climbed out of bed to find herself waist deep in water. “My body was in so much pain that I could barely move,” she says. “I was terrified for my unborn child and didn’t think that we would make it.” Within 10 minutes, the water had reached her neck.

All the emergency shelters nearby were full, so Jeba offered shelter in her own home. “It was the least I could do,” she says. “But I worry what will happen if she goes into labour. Hospitals are currently inaccessible due to flooding.”

An estimated 60,000 women are pregnant in the affected region, with more than 6,500 births expected to take place in July. According to Sylhet health department, 24 healthcare facilities have sustained extensive damage, including MAG Osmani Medical College hospital, the city’s main hospital, which usually treats up to 5,000 patients a day.

Of the 926 community clinics scattered throughout Sylhet, 414 are under water. Dr Himanshu Roy, Sylhet’s divisional health director, says that an outbreak of waterborne diseases has left medical staff struggling to cope.

Across town, Nawfat Ibshar, 18, from Habiganj, has been busy planning her next climate protest. Frustrated by the lack of global response, Ibshar wants to ensure that the plight of her people is heard. “Organising people to come together during a crisis is of course difficult,” she says. “But people are angry. If we don’t demand change, who will?” She holds up a banner she has spent the afternoon making, which reads: “We’ll be dead by Cop27 #ActNow” in bright orange handwriting.