Super League europea: ‘Nobody is safe from these billionaires’ 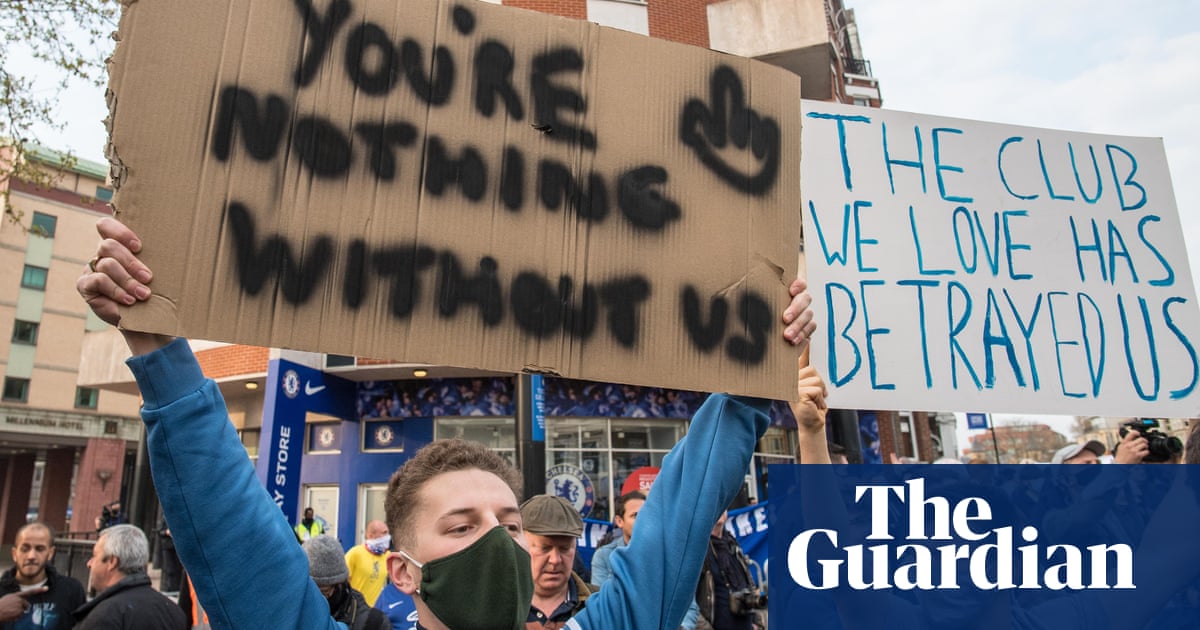 If this had happened while I was playing I would hope I would have been one of those players who spoke out publicly against a Super League and shown my lack of belief that this is the direction in which football should go. It all seemed very outlandish and far-fetched until the owners issued their statement; it looked worrying like it might have legs. They obviously felt there was an opportunity there. I was very impressed with the reaction of fans up and down the country, and with the likes of James Milner speaking out. It was bold on his part as his employers at Liverpool were one of the main drivers but he’s strong-willed and knows how he likes things to be. At Everton we didn’t get to play big European teams very often but what makes it special is the work you put in to get those opportunities in the Champions League or Europa League. If you’re guaranteed entry every season and there’s no sense of jeopardy, it’s going to affect your mindset and approach to games. Players always want to win, but if there’s nothing at stake and the threat of relegation isn’t there, the fear factor is gone. That will affect your approach to games whether you admit it or not. I’m not against progress or change in football, but the manner in which these owners tried to go about it without consulting anyone was rather extreme, to say the least.

A Super League loses the integrity of English football which is all about competition and clubs having the ability to rise to the top from the bottom of the pyramid. I decided to stay at Exeter City for 12 years because it was 100% owned by the supporters and I loved the model. I always thought when I was there that the perfect set-up would be some sort of hybrid of that, like the famous German 50+1 model. It’s a real seatbelt for all the dozens of cock-ups that owners can put a club into. Being successful in football is often about making lots and lots of sensible decisions rather than trying to make one clever Hollywood decision to take a short-cut. At Exeter it was always about the community and the supporters. That’s what the American owners seem to have missed about the English game.

There has to be more camaraderie between football clubs throughout the divisions. The Premier League clubs have split from the Football League and have gradually eroded their rights over the years and now the Premier League clubs are splitting themselves. Everyone is looking after themselves and there seems to be a lack of camaraderie between clubs from top to bottom. That needs to change.

In their ridiculous statement announcing the breakaway the clubs had this token one line tagged on the end proclaiming their intention to advance the women’s game, without actually having asked anyone at all in the women’s game how it could be improved. As far as we can tell, they didn’t actually ask any women. There doesn’t seem to have been any women involved in this process.

I think some people look at the word “diversity”, roll their eyes and think it’s just about box-ticking but actually, the reality is that if you have several people of a similar gender, background and ethos making big decisions then it’s possibly not the healthiest environment for producing well-rounded outcomes, bearing in mind this decision could have affected millions of people around the world. It was no surprise whatsoever that the women’s game was a one line after-thought and I’m glad it’s been given the short shrift it deserved. There was no detail whatsoever in their statement and it was quite evident they hadn’t consulted any stakeholders in the women’s game. They hadn’t consulted anyone in the men’s game either. I think it’s a fair assumption that they have no idea how women’s football works or what it needs.

We can’t have this situation arising every five or six years when these owners decide they want to raise a bit more money for themselves. I think there needs to be some sort of punishment for this group of six teams and a financial penalty probably isn’t enough. It has been mooted in some quarters that they should be relegated and replaced by the top six teams in the Championship but I can’t see the Premier League doing that because it would hurt the other 14 teams. Personalmente, even as a massive Liverpool fan, I wouldn’t shed any tears if they were relegated as punishment. I was ready to walk away and not support Liverpool any more if this breakaway had succeeded because it goes against everything I believe in. I would have supported my local non-league team and continued throwing my weight behind Brentford in the Championship, who I used to play for.

The owners of these clubs don’t understand the impact their actions would have lower down the pyramid. The Premier League contributes a huge amount of money to the Football Foundation, which has enabled us to build a 3G pitch that’s used by our community, the vets, our walking football and our mental wellness teams. It also allowed us to replace our floodlights last year. If the money’s not coming into the Premier League because those clubs leave, that loss is felt by the Football Foundation, who fund clubs up and down the country.

In some ways I can see why those clubs want that competition because the owners clearly don’t understand the whole meritocracy on which English football is built. In terms of ensuring this doesn’t happen again, there’s been a lot of talk about the German model of fan ownership but fan ownership needs to be clearly defined. Having every club completely fan-owned could lead to problems down the line.

At Lewes we have 1,600 owners but while most like the idea of being an owner, they don’t want to join the board or aren’t keen on putting in 15 o 16 unpaid hours a week on top of everything else they have going on in their lives to help to run the club. They’re happy for somebody else to do it but don’t want to do it themselves. That’s the major issue you have with fan ownership, especially lower down the pyramid.

I think what everybody needs to look at is how this happened, why it happened and how these owners got to a point where they thought they could get away with it. We have to acknowledge that there’s a reason why this happened, beyond the greed and the avarice of the owners. I would like some sort of reckoning on everybody’s behalf regarding how the game is run, particularly in England when it comes to ownership. Are there things that can be done to prevent this happening again?

One of the positive aspects of this fiasco was just how much people came together to object to it and oppose it, regardless of club loyalties. If that is something that can be harnessed into the game going forward, for this and other very important issues, that could be a very welcome consequence of this.