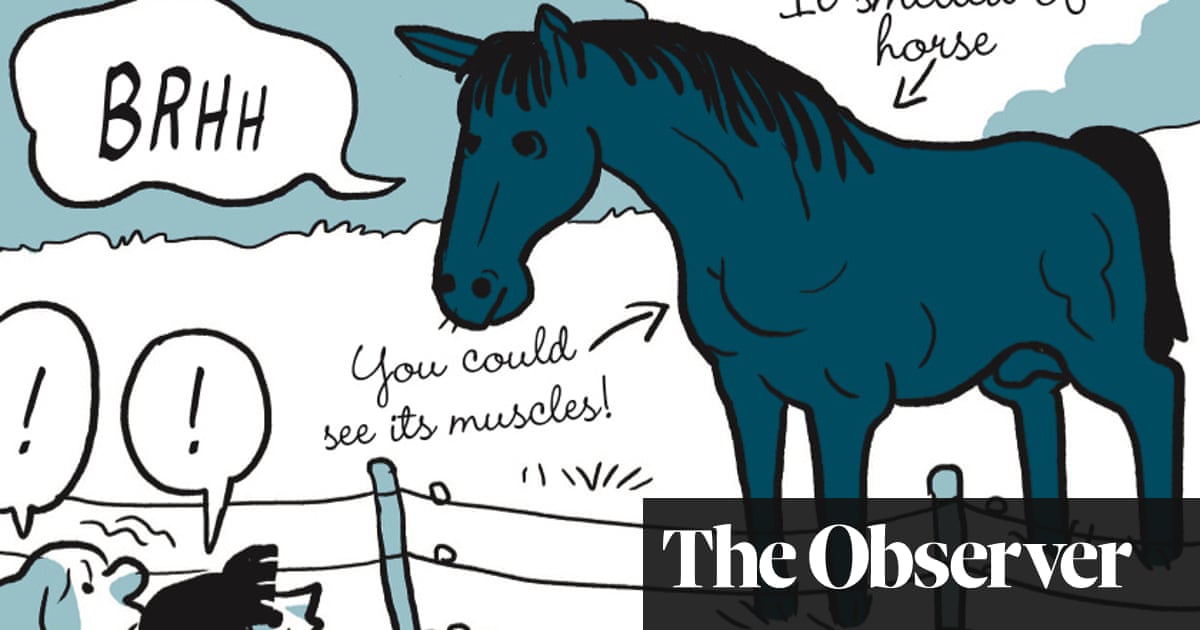 Riad Sattouf is best known in the UK for his brilliant memoir The Arab of the Future (though perhaps not well known enough: his British publisher has unaccountably elected not to publish the last two volumes in the series). But in his native France, his fame rests equally on Esther’s Notebooks, a long-running collection of stories that has sold more than 1m copies (it has also been made into an animated TV series). It’s not too hard to work out why. Don’t be misled by what at first seems like naivety, even cuteness. These funny, well-observed comics are fantastically daring. They have so much to say about the experience of being a girl in a European city in the 21st century – and if not all of this makes for comfortable reading, it’s also what makes them indispensable. Fathers! You and your daughters should read them together.

Esther’s Notebooks began their life as a strip in the news magazine L’Obs, which goes some way to explaining their snappy, gadabout pace. But the more important factor is that Sattouf based them on conversations with the daughter of a friend: they reflect her moods, preoccupations and whims, all of which, given her age, tend to be fleeting; he is only her Boswell. And herein lies their genius. Sattouf takes this little girl – and by extension, Esther, the character she inspired – deeply seriously. Whether she is describing the tedium of school (who is this “dolphin” called Charles who wants to be king?), her favourite smell (a new iPhone box), or the low-level racism and sexual harassment in the school playground (it all starts so painfully early), her biographer is all ears. If it matters to her, it matters to him.

Each collection is 52 strips long: a year of Esther’s life (in France, five have been published, following her until she is 14). In this one, she’s 10. She lives in the 17th arrondissement of Paris, with her mum, dad and very annoying older brother, Antoine. She has two friends called Eugenie, and one called Cassandra, and boys are the bane of her life, especially Mitchell, who runs with his back straight “like a robot”. また, it’s pleasing to catch the eye of a popular boy like Louis, with whom she hopes to be for “all eternity” (she definitely won’t be). Esther’s likes include pizza and dancing (her great ambition is to be “blond and bendy”). Among her dislikes are flies and, sometimes, the richer of the two Eugenies.

Each page of Esther’s Notebooks is self-contained – there’s usually a neat punchline – but read them all, and you come to see that Sattouf has drawn a portrait of a generation: their hopes, dreams and cultural references; the way that their personalities, backgrounds – many of the children portrayed have parents who are immigrants – and preconceived ideas about sexuality begin to play out even before they’ve begun secondary school. The result is a bit like a cartoon version of Michael Apted’s landmark TV series, Up – でも I hope and pray that the estimable Pushkin Press won’t make us wait seven years for the English translation of Esther aged 11.