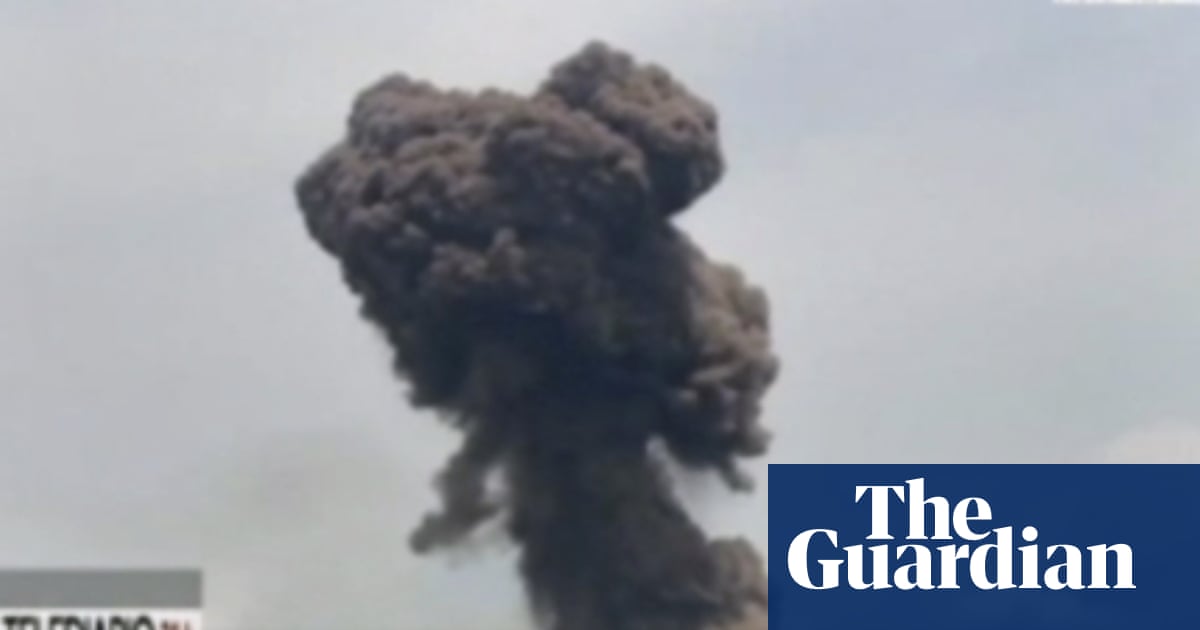 A series of large explosions at a military base rocked the city of Bata in Equatorial Guinea on Sunday, killing at least 20 and injuring more than 600, state media reported. The blasts were due to the ‘negligent handling of dynamite‘, according to a statement from the president, Teodoro Obiang Nguema Mbasogo. Local television showed groups of people pulling bodies from piles of rubble, some of which were carried away wrapped in bed sheets.