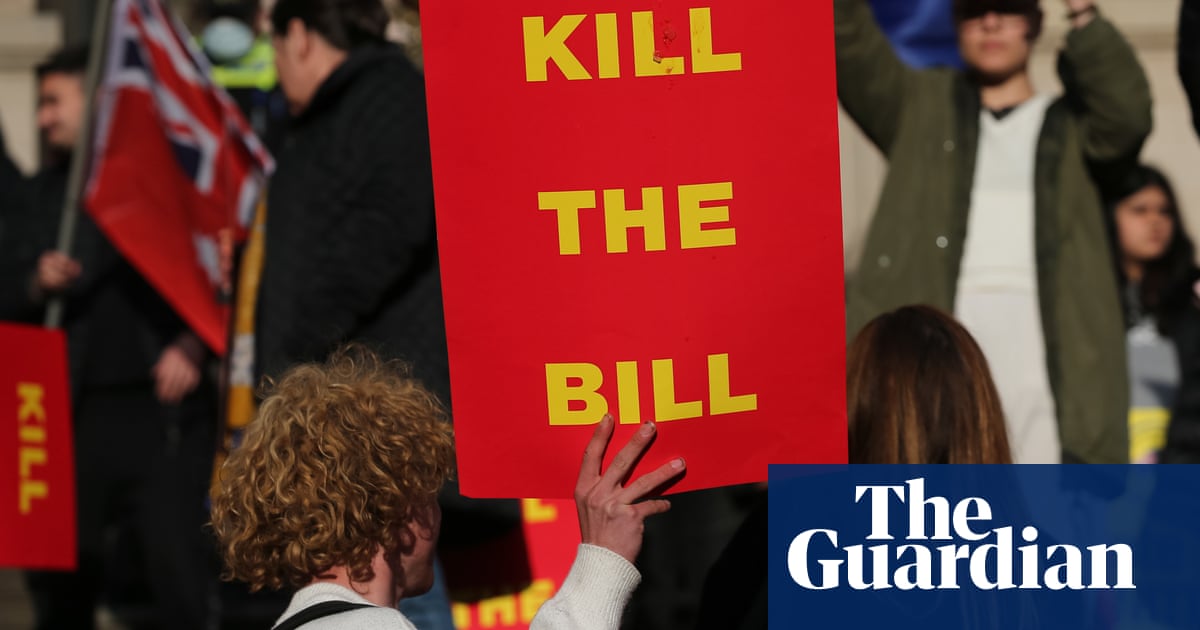 Opponents of the Victorian government’s controversial pandemic powers legislation have called for the bill to be delayed in the upper house, warning ongoing protests outside parliament will grow.

Debate in the Legislative Council ran into Tuesday night and was expected to continue late into the week with opponents vowing to scrutinise the bill line by line.

Eleventh-hour discussions with key crossbenchers mean the legislation – which gives the premier and health minister the power to declare a pandemic and make public health orders – will likely pass the upper house after a number of amendments were agreed to.

The three key Victorian crossbench MPs – Samantha Ratnam of the Greens, Fiona Patten of the Reason party and Andy Meddick of the Animal Justice party – said the agreed amendments strengthened the bill with “further transparency and accountability”.

The MPs faced ongoing death threats and abuse in the lead-up to the debate over the controversial legislation.

Victorian Labor MP Harriet Shing said ongoing protests against the bill had become “personal” and had caused parliamentarians and members of staff to “second guess their security”.

“It has caused people … enormous alarm, not just for themselves, but for their families," lei disse. “It has to stop. It is a tiny, vocal, angry minority that diminishes the efforts of … those who have contacted our offices to have a view on these matters.”

But Liberal MP Bernie Finn commended the protestors for “taking a stand for freedom”. Finn attended one of the rallies over the weekend where he said thousands of people were present.

“Those people in the streets aren’t going to wear what this premier is trying to pull. You’ve got people prepared to sleep on the streets of this parliament as a vigil, such is their commitment.

“The people are marching in the street not because they’re some kind of left-wing or right-wing neo Nazi or white supremacist, they’re people who have been ignored by Daniel Andrews for far too long … they’ve been pushed to breaking point.”

Liberal MP David Davis said the rushing through of the bill was a “direct repudiation” of the bill of rights and the protections of MPs “going about their work in a proper way”.

The bill was pushed through the lower house in 36 hours last month.

“They know they’re trampling on human rights, they know what they’re doing is simply reprehensible and it cannot stand justification in its current form in any way,” Davis said.

Patten said the pandemic legislation, se superato, would be reviewed within two years, and it was a “delicate balance” protecting human rights and health.

Liberal Democratic Party MP David Limbrick told the Legislative Council on Tuesday he would oppose the bill and warned if it did pass the protest movement would grow.

“Do we think that if this passes today, and the legislation is applied, that those 50,000 people or so who marched on Saturday will just shrug their shoulders and say ‘Oh, bene, we tried’? I doubt it. The giant has awoken.”

Limbrick said people would forget parts of the pandemic but they would not forget “being bullied”.

The shadow attorney general, Matt Bach, condemned some “appalling incidents” at the protests, but said it was incorrect to claim that “only crazies oppose this bill”, pointing to comments from various legal organisations in the state raising concerns about the bill.

Ratnam told parliament it was “completely irresponsible” for members of parliament to not condemn the protests where nooses and gallows were displayed. She said the campaign against the bill had “deliberately and maliciously” taken advantage of people’s genuine fears and anxieties during the pandemic and sought to whip them up to a “genuinely heightened state of terror, quite disconnected from the reality of what is actually happening in Victoria now”.

“What I have also noticed is that almost every email or phone call or social media message [about the bill] has contained some form of misinformation [o] conspiracy theory, whether it is anti-vax conspiracy or something else, or some form of gross misrepresentation of the legislation we’re debating," lei disse.

Liberal MP Gordon Rich-Phillips attempted to adjourn debate on the bill and refer the legislation to the Scrutiny of Acts and Regulations Committee to conduct a full inquiry with public hearings, reporting back at the end of November. But the motion failed 19 votes to 18.

The Law Institute of Victoria released a statement on Tuesday saying it was “pleased” to see the amendments but if its further key recommendations weren’t secured, a sunset clause should be introduced so any new legislation would expire between 18 e 24 months after its commencement.

The Victorian Bar said the amendments didn’t go far enough in protecting the rule of law.

“The proposed amendments largely address low-priority issues and not the most fundamental problems with the bill,” it said in a statement.

“The major issues include the lack of effective parliamentary control over the minister’s pandemic orders and the lack of provision for an independent review of authorised officers’ exercise of power.”