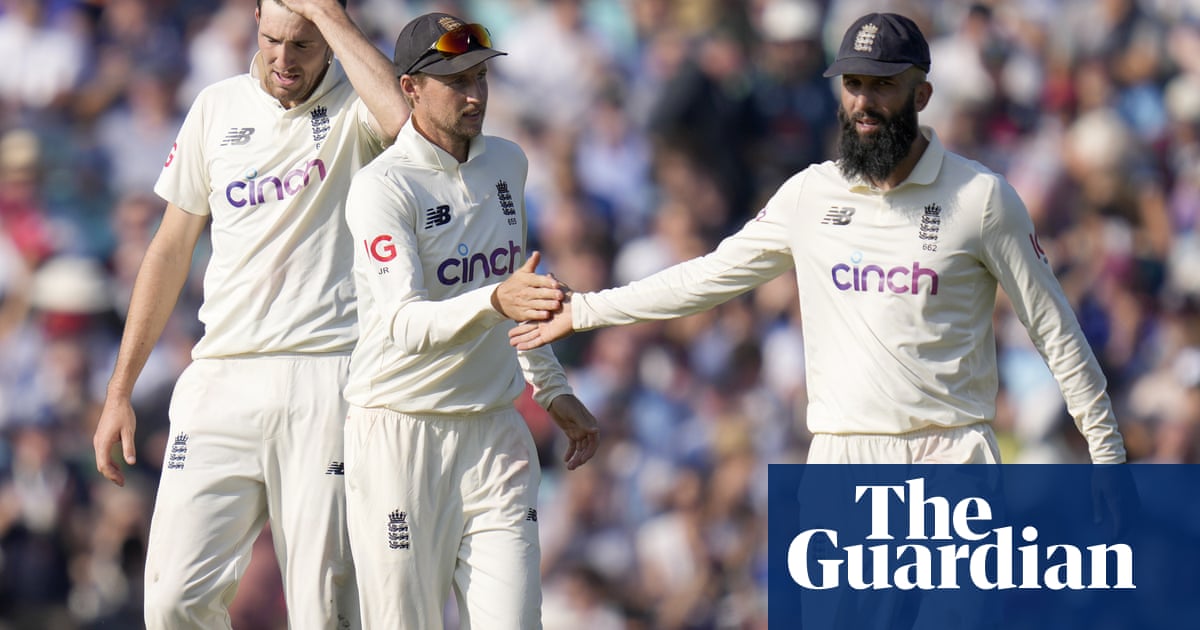 Moeen Ali will announce his retirement from Test cricket on Monday morning having informed Joe Root, the England captain, and Chris Silverwood, the head coach and national selector, of this decision last week.

Moeen had been pondering his Test future with those closest to him during the recent India series after the 34-year-old all-rounder started to question his ability to focus in the longest format. His mind was made up before details of quarantine and living conditions for the Ashes tour to Australia were sent on Friday to the England and Wales Cricket ボード.

While England are optimistic the stated arrangements will not trigger a raft of withdrawals, Moeen simply feels he has run his race after 64 Test caps and is now looking to specialise in white-ball cricket for England, in county cricket for Worcestershire and domestic Twenty20 tournaments. He is playing for Chennai Super Kings in the Indian Premier League on a £700,000 contract.

Silverwood and Root were understanding as they ponder their Ashes plans – Moeen remains part of the setup looking to win the T20 World Cup before that tour – and shared their gratitude for a Test career that began in 2014 and returned five centuries, 195 wickets, 28 Test victories and nine series wins.

A mainstay of the Test team until the 2019 Ashes, Moeen returned against India this summer when, in the absence of Ben Stokes and Chris Woakes, the team needed a proven all‑rounder to balance the side. Though the comeback was one of only fleeting inspiration, Root elevated him to the position of vice-captain for the fourth Test at the Oval when Jos Buttler was on paternity leave.

Had the fifth Test not been cancelled, Moeen might even have become just the 15th player in Test history to score 3,000 career runs and claim 200 wickets. As it is, and perhaps fittingly for a career that often left supporters wanting more, he finishes 84 runs and five wickets short of joining an elite group of cricketers that features the likes of Ian Botham, Imran Khan and Garfield Sobers.

A final batting average of 28.29 fell short of expectations for an elegant left-hander who made a defiant unbeaten 108 against Sri Lanka in just his second Test but then occupied every position from one to nine to suit the team’s needs.

As an attacking off-spinner who got drift, dip and turn, but one who also struggled to contain batsmen at times, he was a match-winner on his day; only Derek Underwood (297 wickets) and Graeme Swann (255) have more Test victims among English spinners, while his five five-wicket hauls are bettered only by Jimmy Anderson and Stuart Broad since his debut.

There have been significant highs, 含む 25 wickets and 252 runs in the 3-1 win against South Africa in 2017 – a series that included a hat‑trick to seal victory at the Oval – and bowling England to series wins at home against India in 2014 そして 2018. に 2016 he compiled four Test centuries in the calendar year, a feat only Root and Alastair Cook have recorded among Englishmen in the past decade.

But form fluctuated wildly trying to balance the demands of three formats – only Root (248) and Buttler (231) have played more times for England since Moeen won the first of 214 caps – and there have been lows along the way. Though an Ashes winner in 2015, in the away series in 2017-18 was his toughest period, averaging he averaged 19 with the bat and 115 with the ball during a 4-0 defeat.

That experience, his gut feeling during the India series and the prospect of months on the road this winter all fed into the recent decision to specialise. But overall his Test career may well go down as one of the more significant in recent times, both as a role model for the British Asian community and as a high-profile and popular Muslim sportsman who displayed his faith openly and proudly.