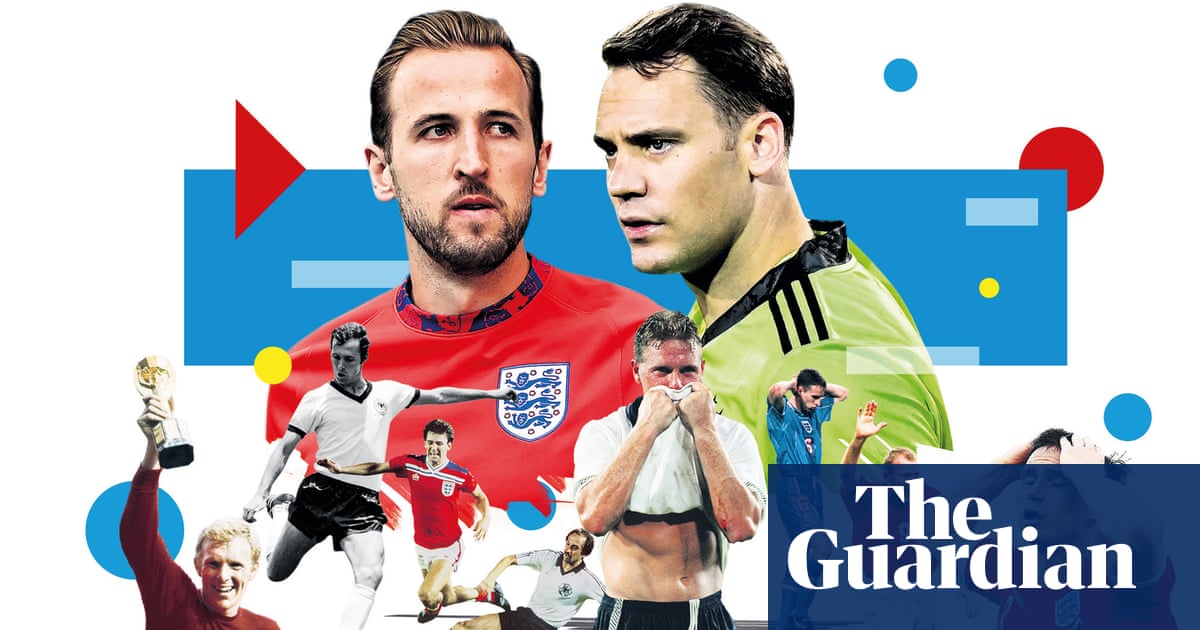 “Gareth Southgate, the whole of England is with you!” Is it, wel? As Southgate prepares to send his injury-free, defensively unbreached, quietly purposeful England team into the last-16 tie against Germany on Tuesday night, two things stand out.

Eerste, it is hard to recall such a talented, well-set Engeland team approaching a tournament knockout tie so grudgingly praised in their own country. Welcome to Engeland 2021, a place where even the football feels a little seasick right now. And second, like it or not, rail against the simplicity, draw attention instead to the process if you must – but this is a moment that will define the progress of Southgate’s Engeland.

It is only the shadow game, the noise behind the noise, that makes Duitsland at Wembley an Everest to be scaled. Maar dan, things such as history and emotion do matter on these occasions.

England have won two of their past 10 competitive matches against Germany or West Germany. And get this: the England men’s football team have only once in their history beaten in a knockout tournament game a nation that had previously won the World Cup. Een keer! That victory was the 1966 World Cup final.

Under Southgate, England won a World Cup penalty shootout. They reached a semi-final despite having no genuine world stars. For those who feel an urge to say “well they only beat B-listers”, England have also failed to beat their fellow B-listers many times. Sien: Iceland, Noorweë, Swede, Slovenia, USA and so on. Progress is actually winning these games. It is misguided English exceptionalism that says only Brazil and Spain really count.

Weereens, much will depend on the level of England’s attacking ambition. There will be the usual call to cry havoc and let slip the dogs of Gareth. The best way of winning against a team whose weakness is defence might well be to attack.

Dit was, said the doctor, an avoidable delay that would haunt these parents for ever. When their two-year-old daughter first refused to eat, then began to go yellow with the signs of jaundice and then fell into a seizu...