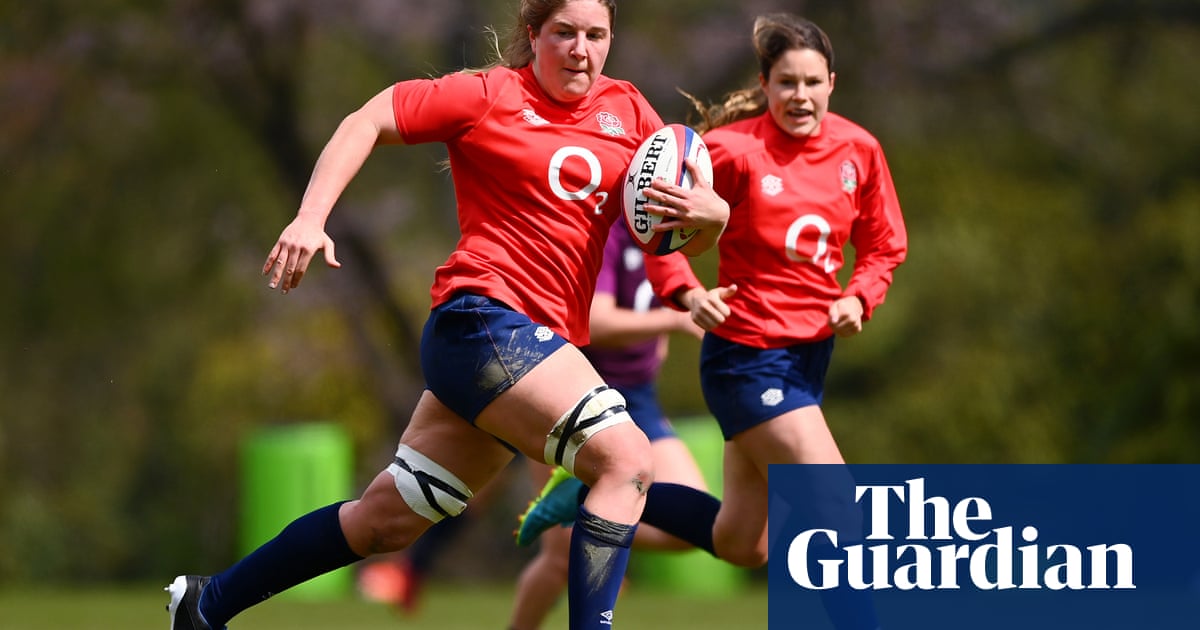 England know they have to show a ruthlessness that has sometimes been lacking if they are to beat France in the Women’s Six Nations final at Twickenham Stoop on Saturday afternoon.

Off the pitch, that ruthlessness has already been demonstrated in the eyebrow-raising decision to leave their captain, Sarah Hunter, on the bench for her 125th international. The head coach, Simon Middleton, has left the No 8 out of the starting lineup despite the 35-year-old having battled back from a career-threatening injury to lead the side to their 67-3 win over the Italians in Parma a fortnight ago.

If it was a surprise to see Hunter replaced after an hour, it was not a surprise to see her replacement, Poppy Cleall, help turn what was proving to be a frustrating afternoon into a rout. Cleall had been outstanding against Scotland and she would have been undroppable on Saturday.

Middleton has resisted the obvious temptation to play Cleall at No 6 alongside Hunter in what England know will be a physical challenge from the France forwards, fresh from putting 56 points past Ireland in Dublin last weekend. But the coach indicated that Hunter can still play a major role in the World Cup in New Zealand next year. “Sarah was disappointed but she understands the situation and what her role will be when she comes on,“ 他说. “She can also play in the second row and we have to think ourselves fortunate that we have flexibility across the back five of our scrum.

“Sarah has never asked to be selected because she is captain, and both Poppy and she can be locks or No 8s. Poppy can defend, carry the ball and be a distributor and her understanding of the game is phenomenal.”

If England have lacked that intensity these things are relative. Middleton’s team have scored 119 points in their two fixtures in which the coach always planned to rotate his squad. Emily Scarratt, who regains the captaincy, is in imperious form in the centre and will play alongside Zoe Harrison, making her first start of this tournament.

“France always have those little generals at No 9 behind a physical pack and Caroline Boujard is on good form,” said Scarratt. “We know we’ll be under pressure and discipline will be a focus coming off the back of the Scotland game. It will be tough and it’ll probably be close, and it’s no good rushing up and being six inches offside if we are going to concede penalties.”

England have moved Zoe Aldcroft to No 6 and Marlie Packer, so disappointed not to make the cut against Italy, returns at openside flanker for her 76th cap. England know they will have to dominate the breakdown against France, who have been beaten on their past seven visits to The Stoop but who have racked up 109 points in their opening two matches.

Packer will help to bring an intensity to England’s play. “The energy she brings is fantastic. She’ll be champing at the bit on Saturday,” said Middleton.

France have made only one change from the side that beat Ireland, with Romane Ménager replacing Emeline Gros at No 8. France have a powerful bench with the former world player of the year Jessy Trémoulière and experienced scrum-half Pauline Bourdon bound to make an impact. The right wing Boujard is the top try-scorer in the tournament and England have bad memories of Trémoulière. Her last-minute try at Grenoble in March 2018 gave France an 18-17 win and denied England a grand slam. It was the last time the Red Roses lost to a northern hemisphere team.

“France will want to start the game big. We can expect fireworks early in the game,” said Middleton. “We have to set a platform and gain a momentum. If we don’t we will struggle. France are dangerous in a high-tempo game with the ball in hand and we’ll have to be switched on, and previous results are irrelevant. I’m looking for more intensity. The game is there to be won.”

别处, Ireland face Italy in Dublin for third place and Scotland host Wales in Glasgow in the final game of Finals Day in a battle to avoid the wooden spoon. But there is only one game that really matters.