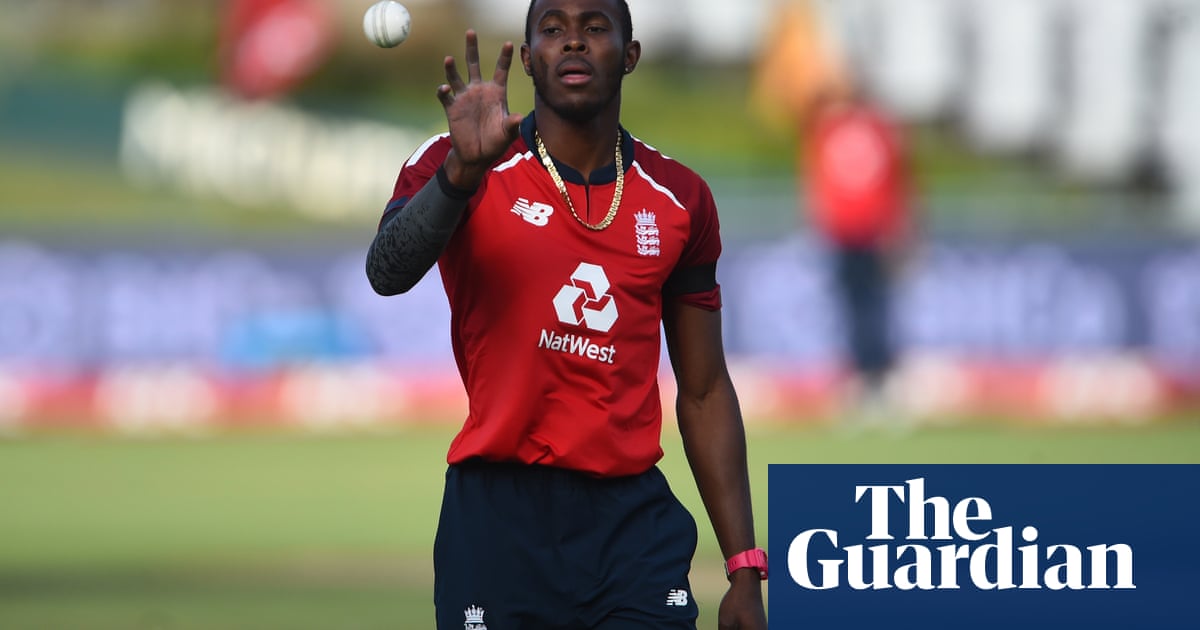 Jofra Archer has been cleared to resume training following an operation last month on his injured hand.

The England and Sussex bowler underwent surgery on 29 March to remove a piece of glass from a broken fish tank that became embedded in the middle finger of his right hand after an accident in January.

A statement from the England and Wales Cricket Board on Tuesday said Archer’s hand “continues to heal” after his operation and he will return to light training this week, working closely with the Sussex and England medical teams.

It is hoped he will be able to increase the intensity of his bowling from next week and a further update on a separate elbow injury will be given once he has resumed bowling, to assess the effectiveness of a recent injection.

No decision has been made on when Archer will be able to return to competitive action, with his involvement in Rajasthan Royals’ Indian Premier League campaign still in the balance, depending on how his elbow responds.

The ECB’s medical team managed the finger injury throughout England’s tour of India, ensuring it did not affect his availability.