Oil and gas companies have handed shareholders almost £200bn since 2010 and should be hit with a windfall tax to cap heating bills that are set to rise by as much as £500 a year, according to a report on the finances of the UK’s energy sector.

Shell and BP are among companies that have seen their profits boosted in the last year as wholesale gas prices rose by as much as nine times and petrol prices jumped to record highs, leading to calls for them to help limit a £20bn bill faced by UK households.

A report for the left-of-centre thinktank Common Wealth found that Shell and BP channelled £147bn to shareholders via dividends and share buybacks over the past decade, with North Sea producers and the big six energy suppliers contributing another £47bn.

Business secretary Kwasi Kwarteng told MPs last September the government was considering a plan for a £2.6bn windfall tax on generators and energy traders that stood to gain from the energy crisis.

It is understood Rishi Sunak, the chancellor, is still considering measures to limit rising bills, including a windfall tax, but with two weeks until the regulator, Ofgem, announces how much a cap on energy bills will rise in April, he has yet to settle on a final package.

The chancellor, accused of being “missing in action” while energy costs soar, is under pressure from Tory MPs to cut state spending and reduce Britain’s debts. He is known to favour a loan scheme for energy suppliers, giving them the funds to cushion the blow this year, with the addition of a small subsidy to the poorest households using the Warm Home Discount Scheme.

Several prominent energy bosses are known to have promoted a loan scheme as the best way to limit rising bills in a series of meetings at the Treasury last week.

However, gas prices could remain high for several years, increasing the size of the energy sector’s debts and forcing suppliers to keep household bills up for the rest of the decade, while they make repayments.

Ofgem is expected to announce on 5 February how much bills will increase in the next financial year. About 30 energy suppliers have gone bust in the last year, blaming the energy price cap for their fall into bankruptcy.

Most rich nation governments have already put in place financial support, including a €4.5bn subsidy by the Italian government to limit bill increases. Ministers in Paris said last week they will force EDF, the 80% state-owned energy giant, to take an €8.4bn (£7bn) financial hit to protect households in a move that will limit energy bill increases to 4% this year.

The Biden administration has ramped up grant payments for poorer US households to cover the rising cost of gas, while in Germany, the government has slashed a surcharge on bills used to support renewable energy schemes, which will instead receive extra state subsidies drawn from higher carbon taxes.Labour said it was fair that the oil and gas producers benefiting most from the energy crisis ‘“play their part in helping families through the cost of living crisis”. Ed Miliband, the shadow secretary of state of climate change and net zero, said: “When the head of BP describes the crisis as a ‘cash machine’ for his company and fossil-fuel producers pay out billions in share buybacks, it is a clear indication of the scale of windfall profits they are making.”

Torsten Bell, the director of the Resolution Foundation, said a windfall tax should be part of the package of measures that included subsidies for poorer households. “It must be sensible for those companies making money from this crisis to cover a share of the costs,” he said.

The Institute for Fiscal Studies recently said an additional £3bn needed pumping into the welfare system in response to soaring energy bills and mounting inflationary pressure.

The report’s authors, Joseph Baines of King’s College London and Dr Sandy Hager of City University, said Centrica and SSE, which operate in the North Sea, had seen the sharpest increase in profit margins. They said that as oil and gas companies often made losses during periods of low wholesale gas and oil prices, they paid almost all their income to shareholders in more profitable periods.

“BP’s shareholder payout commitments have been so large that they cover 98.3% of their pre-tax income and are 2.5 times larger than their tax payments for the same period,” the report said. “The findings may be combined with the insights on fossil-fuel subsidies offered by a recent Common Wealth report which identified an average of £12bn a year of taxpayer support for fossil fuels in the last five years,” they added.

Oil traders could also be forced to pay a windfall tax, but the major firms – Vitol, Glencore, Trafigura, Mercuria and Gunvor – were not part of the study. 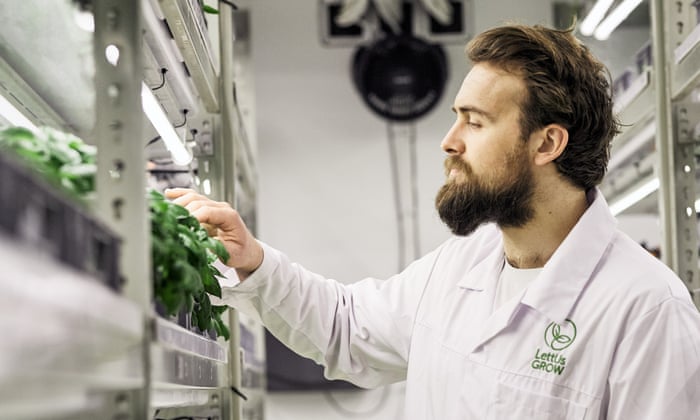 If you’re the founder of a small business that’s making waves across the UK, you may well be more than happy with the way things are. But for many British business owners, the ultimate goal is to export their goods an...