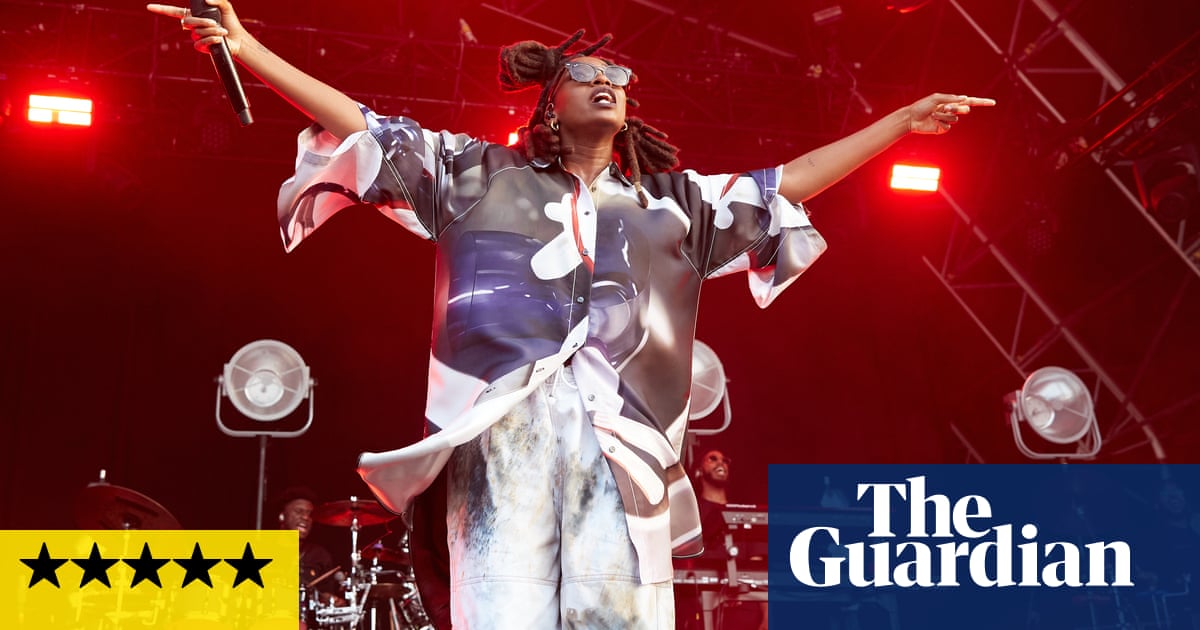 This year’s summer seems to have passed with only a glimpse of sun and celebration. As Covid squeezed the usual British festival season into only a few months, each large-scale gathering that has made it through the red tape and constant risk feels like an unexpected gift. Winding your way through the verdant Wiltshire hills into the homely camping site for independent stalwart End of the Road, it especially feels like you have stumbled on an unearthed treasure.

Celebrating its (delayed) 15th anniversary, the charmingly sedate and spacious weekender boasts a typically diverse lineup. Taking to the main stage on a sunny Friday afternoon is 15-piece west African percussion ensemble Balimaya Project. Bandleader Yahael Camara Onono guides his group of kora players and atumpan drummers into a polyrhythmic frenzy of Mandé folk compositions, challenging the rapt audience to try and keep up with their virtuosic sense of groove.

In the cavernous Big Top tent, Hyperdub signee Loraine James then transmutes this polyrhythm into an electronic syntax of tooth-rattling bass, scratches and, at one point, a rigorous deconstruction of the Spice Girls’ Wannabe. It’s a winning combination, breaking down snare-less beats almost to the point of abstract absurdity.

Hammering a more straightforwardly danceable groove, meanwhile, are Friday night headliners Hot Chip. They saunter on in blazers and thick-rimmed glasses, looking like a geography department’s musical outing. Don’t be fooled – their seamless set is a barrage of white-light house euphoria, punctuated by hits such as Over and Over and Ready for the Floor, as well as a head-banging cover of the Beastie Boys’ Sabotage and an emotive rendition of Bruce Springsteen’s Dancing in the Dark.

Jazz is also a strong presence, with highlights coming from Chicago free jazz trumpeter Jaimie Branch and drummer Jason Nazary, who perform their FX-heavy project Anteloper on Saturday. The pair showcase an effortless blend of Branch’s melodic power and Nazary’s fierce fluidity behind the kit, before saxophonist Shabaka Hutchings picks up the rhythmic mantle later in the afternoon, employing his muscular circular breathing technique to create an onslaught of melody with his Comet Is Coming trio.

While some of the weekend’s more anticipated acts fail to deliver – Damon Albarn’s quiet set musters a muted response as he plays from his forthcoming orchestral record and Arlo Parks struggles to make her gossamer falsetto heard over a set of breezy, mid-tempo numbers – there is more than enough programming breadth to make up for it. Jonny Greenwood performs a selection of his delicate scoring work with a string quartet made up of members of 12 Ensemble to an enraptured Saturday night crowd, while six-piece ensemble Black Country, New Road showcase their impeccably tight arrangements through seven-minute numbers that meander from textural jazz to psychedelic klezmer and sludgy grunge. And for the bleary-eyed revellers, Canadian collective Crack Cloud blast out the Sunday afternoon fug with their thundering, playful post-punk.

The high points of the weekend come from rapper Little Simz’s swaggering Sunday night set, displaying her sharp verbal dexterity on numbers from her latest record, Sometimes I Might Be Introvert, while backed by a pastel-hued sunset and a deep-swinging live band. She is followed by the strangely poignant contemporary folk-meets-standup comedy of Richard Dawson, whose songs on everything from anxiety to emojis embody an intensely lyrical beauty.

At End of the Road, there is seemingly something for everyone – from the bearded real-ale dads to south London jazz hipsters, rave revivalists and teetotalling families. Throughout the festival’s sets, phones are firmly in punters’ pockets as the swelling crowds are caught up in the joyous return of the fleeting, life-affirming live experience. A slice of summer remains – and long may it last.