Emma Raducanu has spoken in glowing terms about the support and positive advice she has received from Lewis Hamilton since her US Open victory as she looks to move on and continue her growth as an athlete.

“He’s just been really cool in helping me,” Raducanu said. “He said: ‘Be patient, you’ve just got to ride the wave. It’s all good. Don’t worry.’ Good reassurance. He’s a really cool guy.” Having competed in motor sports throughout her youth, Raducanu is a big Formula One fan and she says she is cheering on Hamilton.

She remains unconvinced by suggestions she could beat him to win BBC’s Sports Personality of the Year: “I just don’t even think about it," 그녀가 말했다. “For me, it’s something that’s so far out of the realms of possibility that I just don’t even understand how it could be a possibility.”

Raducanu was speaking after she defeated Elena-Gabriela Ruse 6-3, 7-6 (3) in an exhibition match at the Champions Tennis event at the Royal Albert Hall. The match marked the first time Raducanu has played in front of a home crowd since becoming US Open champion in September.

An exhibition match in front of a full, supportive crowd that only came to see Raducanu was another of the many new experiences for her since her US Open title.

Ruse is one of Raducanu’s good friends on the tour and as the older, more extroverted personality, she took the lead by joking with the crowd and conversing with the ballkids throughout. Afterwards, Raducanu said that it was one of the first times she has picked up a racket since her season ended at the beginning of the month.

After recently returning from a break in the Caribbean, her first holiday in seven years, Raducanu has now shifted to pre-season training where she is currently enduring five hour fitness blocks each day with no tennis as she looks to address her goal of closing the physical gap between herself and the grown, supreme athletes on tour.

“You can ask my trainer, I feel like I start the day on a high and then by the fourth hour I’m really feeling it," 그녀가 말했다, laughing after being asked how much she is enjoying her work. “I know that gives me confidence that I’m putting the work in and I feel like I take that as a mentor you know, like your strength and advantage.”

From next week, Raducanu will join up with her new coach, Torben Beltz, the experienced former coach of Angelique Kerber, as she returns to full training on the court. Her next competition will be another exhibition at the Mubadala World Tennis Championships in Abu Dhabi on 16 December and then she will complete her off-season in the Middle East before heading to Australia to begin her season in January.

“For me, my expectations of myself are to keep improving, I want to look back at the end of the year and see that I made gains in different areas. I know it will take a lot of patience to get to where I want to be and smooth out that consistency. It’s all about building robustness physically," 그녀가 말했다.

Another glimpse into Raducanu’s popularity came right after the match as she remained on-court for an interview and she encouraged Ruse to join her in front of the mic. 하나, the interviewer harshly made it clear that he was only interested in speaking with Raducanu. Asked once again about how she is handling such attention, she responded immediately.

“For me, I am just going about my business. I’m taking the train in [to training] sometimes and doing the same journeys I used to. I feel like I am the exact same person and I’m just going to go about everything I used to do, I don’t see why I should change things that got me that title. I am still enjoying it.” 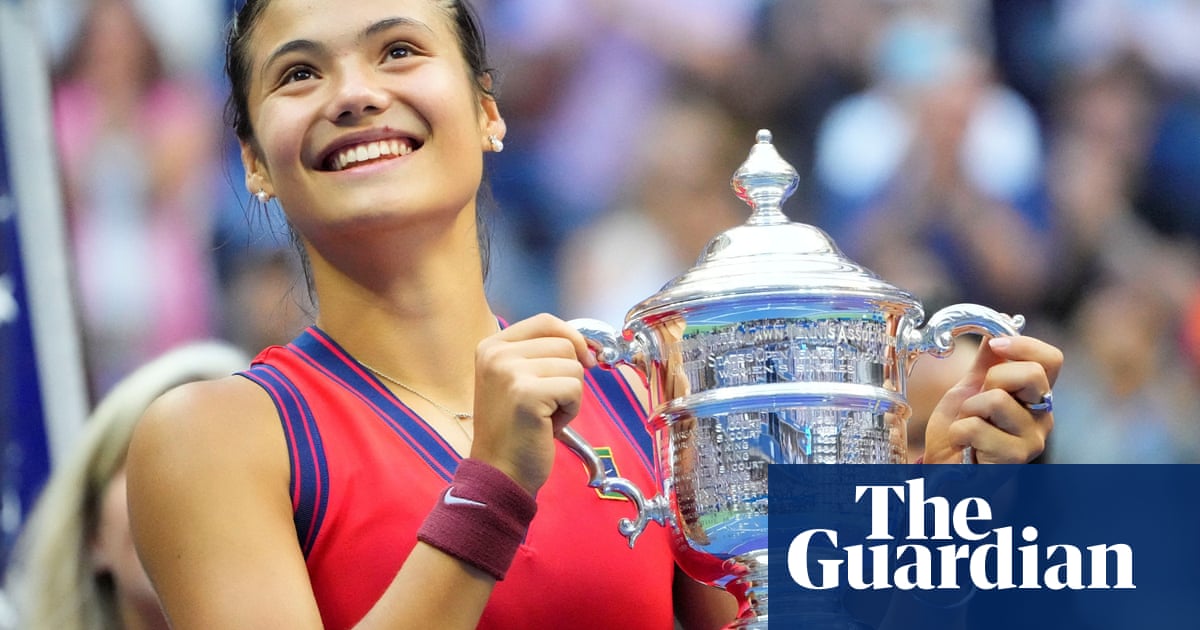