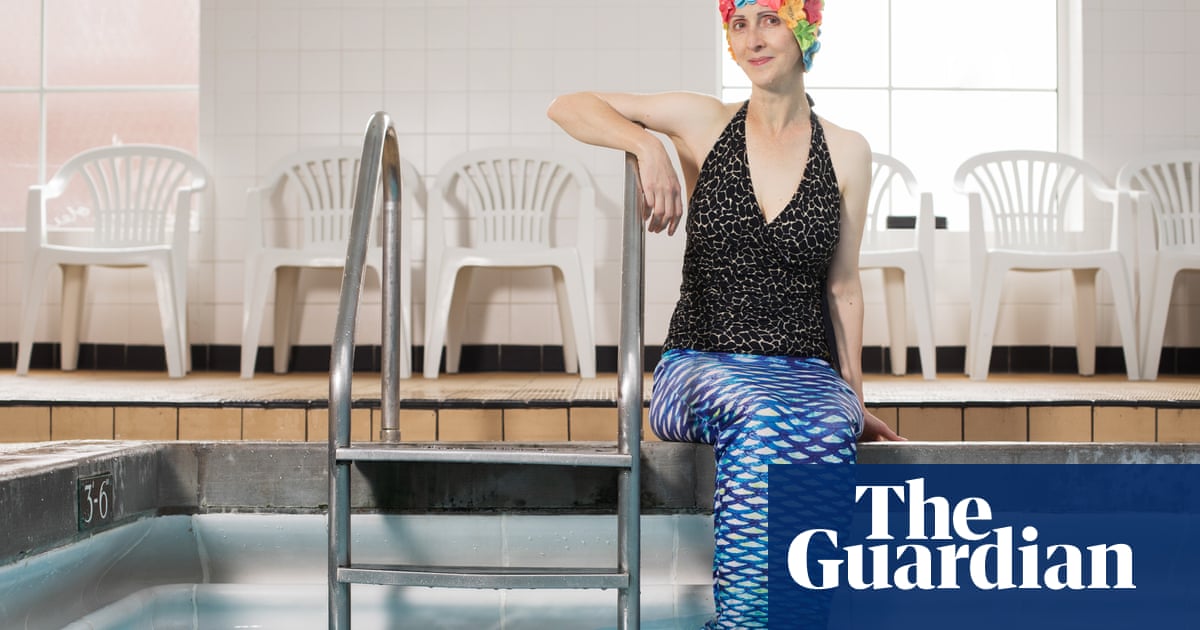 I am too old for Disney’s Little Mermaid. My sister was the right age, but our right-on 80s household was a princess-free zone (aunque The Little Mermaid is arguably one of the more subversive films in the canon, with its exploration of identity and conformity and nods to drag culture). tengo, sin emabargo, gleaned that the transformation from mermaid to human is a risky business; I believe a crab says so.

But what about the reverse? Because today, I, a human, am becoming a mermaid, thanks to Donna Rumney of Mermaids at Jesmond Pool, in Newcastle upon Tyne. Donna is booked out with children’s mermaid parties but adult sessions are popular, también: everyone wants to be a mermaid now. There are mermaid pageants y conventions; people pay thousands of pounds for custom-made silicone tails. Something about that in-between state, la grace and fluidity, appeals when life on land feels so hidebound and joyless. I love the idea of achieving a state of otherworldly aquatic grace; what could possibly go wrong?

Bien, I’m a terrible head-out breaststroker, for starters. Then there’s the retro floral hat that I thought looked good but covers my ears, so I can’t hear any of Donna’s instructions properly, and without my glasses she’s just a blurry shape on the poolside. Encima de eso, four young staff members are joining in, as athletic and beautifully at home in the water as selkies. The floating verruca-plaster cherry on top: we are sharing the pool with a group of teenagers learning lifesaving skills. It’s an anxiety dream come to life. Agradecidamente, my hirsute husband (a keen freediver) is joining in and providing an entertaining distraction for all, testing out an orange stretchy tail.

To earn those tails, aunque, we have to pass a swim test. It’s a width with faces submerged, then a width swimming “dolphin kick” (butterfly legs) on our fronts, backs and sides, both on top of and under the water. We do these exercises one by one when Donna calls our names. It would be reminiscent of school swimming lessons, if I hadn’t avoided those by claiming to have my period every week. Todavía, uneasy memories of chlorine-tinged humiliation stir whenever I hear my name. I can put my face in the water, but I have no technique or breath control. Swimming on my back underwater proves physically impossible. How does anyone do it? I just bob up.

The movement is almost as hard to master. “Keep your knees and ankles together,” shouts the shape I assume is Donna. “The movement comes from the hips. Like belly dancing.” I understand what it should look like – sinuously elegant and powerful – but thrash about like a dying mackerel. Despite this, she lets me wriggle into my silky blue and purple scale-patterned tail and “mono-fin”, a flipper for both feet. Once equipped, I’m more beached seal than beguiling siren: a helpless, pity-inducing lump. Honking, I flop back into the pool, hoping I’ll be miraculously transformed into something lithe and amphibious.

I’m certainly splashier on my first trial run on the surface, which is not an improvement. “It’ll be much easier underwater,” Donna assures me – and she’s right: it es better down where it’s wetter. The hip movement makes more sense with a bit of resistance and the mono-fin is amazingly powerful. I’m astonished how quickly the pool wall appears.

We try another set of widths, on our fronts, backs and sides, on top and beneath. Everyone except me does brilliantly, including my husband, the traitor, who wows everyone with his flashy underwater merman action. “He’s a natural,” our pool staff classmates murmur. Then they quiz him on how long he can hold his breath and gasp at his answer; they even teach him to dive in a tail. His effortless physical competence is inconsiderate, and why I never usually let him come on Trying Something New outings.

The pool staff are absolutely adorable, exorcising the memories of the sporty mean girls at school. They tell me I’m doing “really well” – a lie – and, more plausibly, that I’m not the worst they have seen. Donna confirms this: she once hosted a mermaid hen party. “Only three of the 18 would put their faces in the water; the rest of them had their fins on top of the water doing breaststroke.”

Ego boosted, it’s time to put our moves together in a mini-routine: we swim underwater, switching from front, to side, to back, and front again. I say “we”: I manage a bit of side and front, and none of the rest; everyone else is flawless. próximo, it sounds as if Donna says we should “try a handstand”, but surely that is the swimming hat playing tricks on me. I lift up the edge and cock my ear: no, she definitely, inexplicably, says “handstand”. At the count of three, everyone inverts themselves, perfectly vertical, like an Olympic synchronised swimming team. I do not. My head has no desire to be in the water, cual, I accept, is a problem for a mermaid. “You need to get down low,” Donna says, “then get your legs up.” With little hope, I crouch, manos abajo, then heave my tail skywards. For a glorious nanosecond, funciona. The Donna-shaped blur appears animated as I resurface, spluttering: I think it has both thumbs aloft. Front and backwards somersaults are less successful, and when a hoop and some balls are produced to swim through and retrieve, respectivamente, I pretend not to see them, like a disobedient aquarium octopus.

Finalmente, it’s free play time. I swim around the deep end in short semi-submerged wriggles. Algunas veces, I manage a few decent undulations and get a tiny hint of that feeling of magical balletic freedom, before miscalculating the depth and coming up in a panic, nose full of water. As I surface, a swimming teacher and his tiny charge scoot out of my way. I can only hear his side of their conversation. "Sí, a mermaid!” “Yes, of course they’re real!” And for that moment, despite the chlorine and the teenage lifesavers hauling a dummy on to a raft behind me, I feel real.

Smug factor: 3/5 – I’m an awful mermaid in motion, but love my tail, which covers a multitude of sins. You don’t see enough tails in fashion magazines. 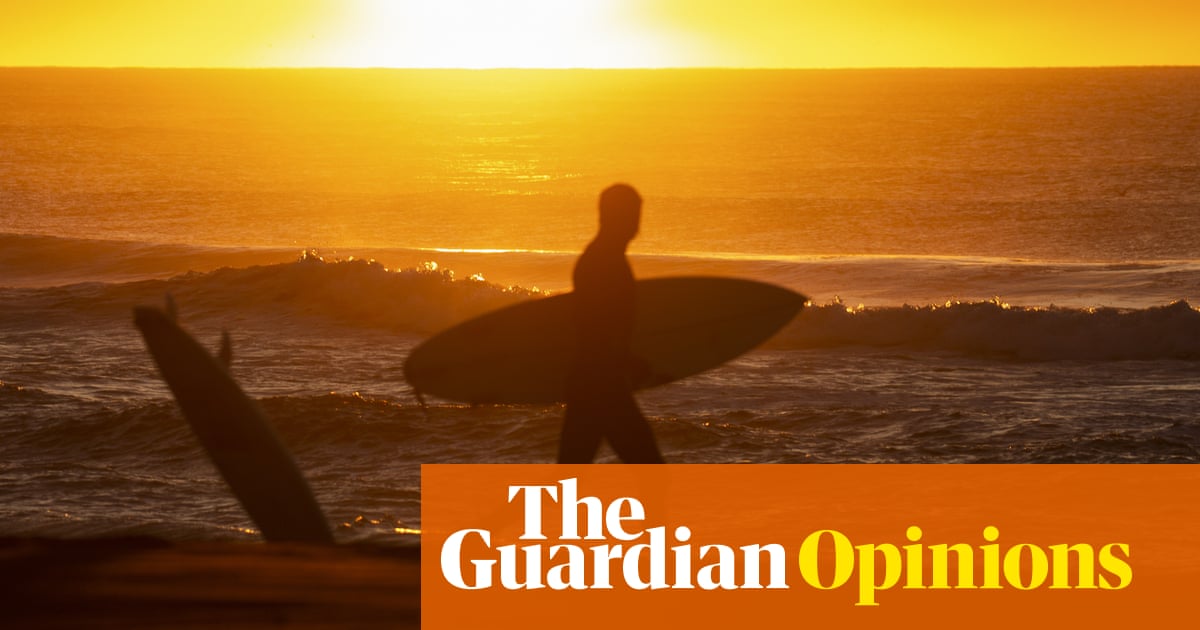 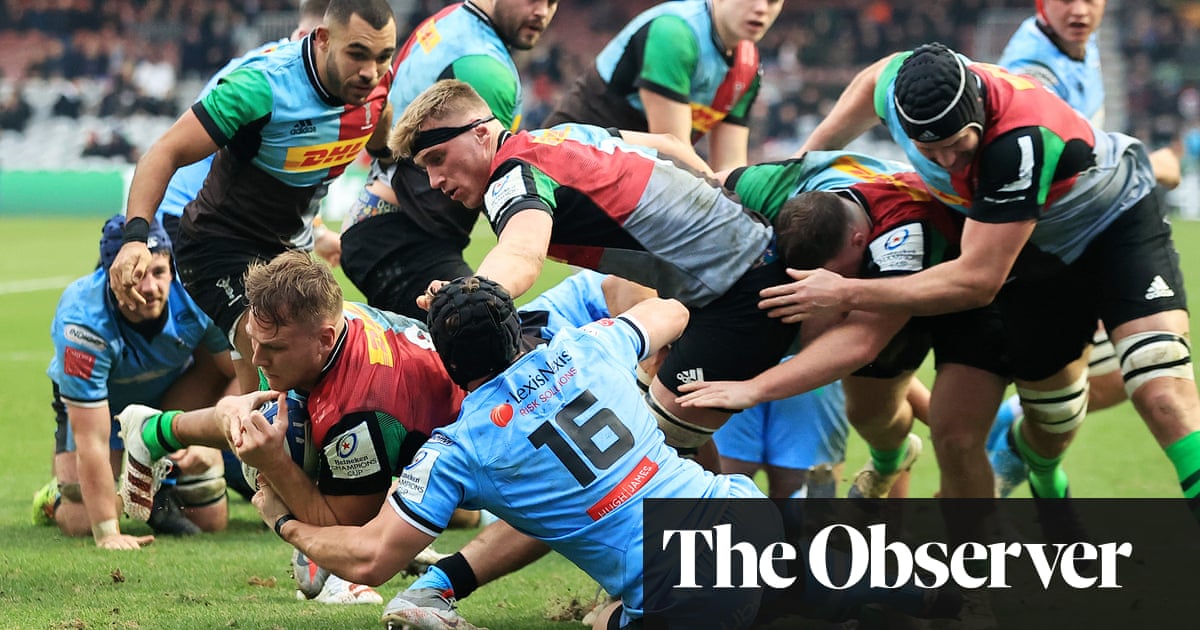 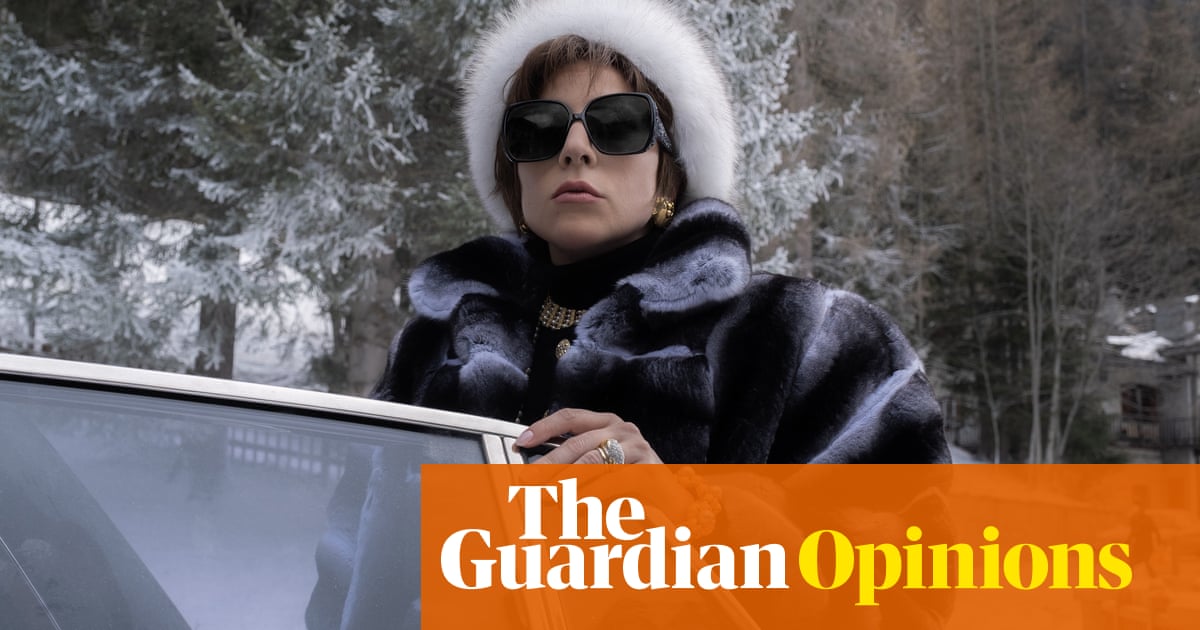 It’s an awkward start to my pottery journey. I’ve arrived at the Kiln Rooms in Peckham, sureste de Londres, dressed as Demi Moore, star of the movie Ghost, and the most famous pottery scene ever filmed. “Should I have ... 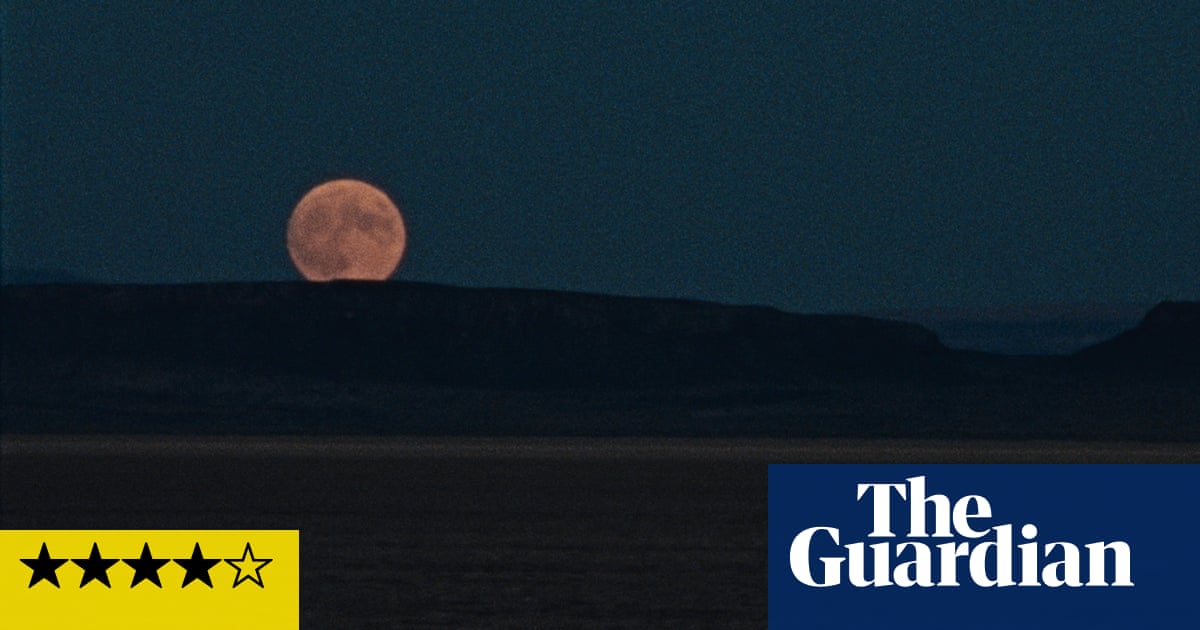