Embroiled in a political crisis, Scott Morrison is looking tricky, unable to be straight with the public 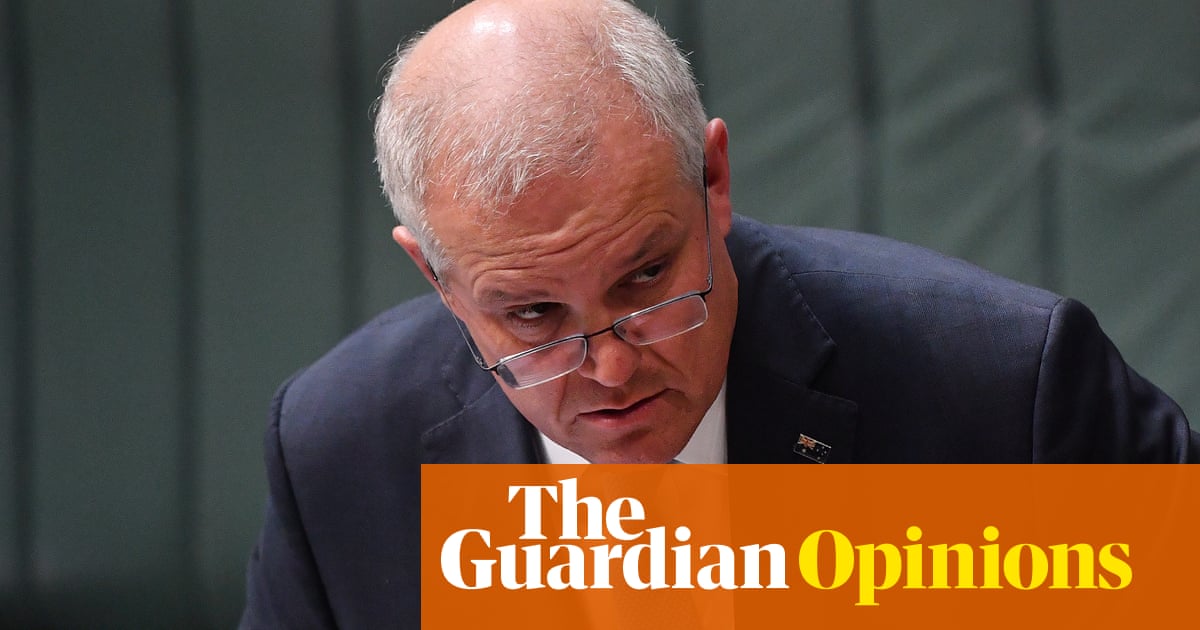 “I have been very clear with this house,” Scott Morrison declared to all and sundry shortly after 2pm on Monday.

Except Morrison hadn’t been clear at all.

In reality, the prime minister had been clear as mud – entirely, unequivocally, defiantly unclear with the house last week when asked by Labor to provide an update about the status of a significant investigation being undertaken by the head of his department, Phil Gaetjens.

To understand this sequence, we need to roll back several weeks. 의 위에 17 이월, Morrison asked Gaetjens to check communications between members of his office and the former government staffer Brittany Higgins.

The prime minister asked for this check because a few days after Higgins came forward with her explosive allegation that she’d been raped by a colleague in Parliament House in March 2019, different accounts emerged about who knew what when.

Morrison had said publicly the first time his staff were aware of the Higgins allegation was on 12 이월 2021 – after news.com.au submitted a series of questions to the office about the events of March 2019.

But this statement was factually incorrect before the words even left the prime minister’s mouth.

At least one member of Morrison’s staff, Fiona Brown, was minutely across Higgins’ allegation because she managed the fallout while employed as chief of staff to Linda Reynolds. Brown worked for Morrison before she worked for Reynolds, and then returned to the prime minister’s office after the 2019 선거.

So Brown, a Morrison staffer, knew. Beyond that specific knowledge, text messages suggested that more staff could have been in the loop. Guardian Australia also revealed that another senior Morrison staffer had been in the office of the special minister of state at the time the man alleged to have raped Higgins left the government.

Higgins also recalled an approach from Yaron Finkelstein, one of Morrison’s senior political advisers, via WhatsApp around the time of a Four Corners program exploring workplace culture at parliament hour had aired in 2020.

Given all the static, Morrison asked Gaetjens to get to the bottom of what had gone on. But then the investigation seemed to fall into a black hole.

Nothing was heard for weeks, which seemed unusual because generally these inquiries are conducted lickety split.

After the best part of a month passed, Labor began prodding in the parliament last week. Where was this Gaetjens inquiry? What facts had it unearthed?

In response to direct questions, Morrison gave no sign at all that his process had been (to quote Gaetjens) “paused”.

It’s best we let Gaetjens take up the story at this point.

Gaetjens told Senate estimates on Monday he had “paused” his investigation after advice from the Australian federal police commissioner Reece Kershaw on 9 행진. Kershaw wanted a “clean corridor” for a criminal investigation into the rape allegation.

Disconcertingly, the accounts of the deliberation in early March between Gaetjens and Kershaw (who was in another estimates committee on Monday morning) didn’t align entirely on the first telling. But Kershaw later issued a clarifying statement confirming that pausing the inquiry had been his “strong” advice to Gaetjens.

Gaetjens duly paused his efforts, and says he conveyed the decision to hold off to the prime minister’s office and to Morrison himself shortly after.

So let’s be very clear about this.

지난주, when Morrison faced several direct questions in the parliament about the progress of the investigation, the prime minister (according to Gaetjens) was fully aware the inquiry was on hold.

But instead of being transparent, instead of just telling it like it was, Morrison set about crafting another impression.

In response to Labor’s questions, Morrison said Gaetjens had not “provided me with a further update about when I might expect that report”.

Why Morrison would risk misleading the parliament is completely bamboozling, given Gaetjens had, 사실로, given him an update about the timeline for reporting.

Gaetjens had told him, implicitly, that he wouldn’t be reporting soon, because Kershaw needed “a clean corridor” for the criminal investigation.

Now it is possible that Morrison wanted Gaetjens to give his own account of proceedings rather than having the secretary’s decision filtered through him indirectly in the parliament.

But Gaetjens – the most powerful public servant in Canberra – could have done this any time after he made the decision. The secretary of the Department of Prime Minister and Cabinet has a media team. He could have issued a public statement at any point if there were legitimate probity concerns associated with Morrison conveying that message.

If issuing a statement was seen as problematic for reasons I’m too simple to understand, then Morrison could have set up the factual development better in parliament last week by answering Labor’s questions in a more forthright way.

He could have said I am aware there has been a development, but I can’t convey it to the house in detail for probity reasons, but Gaetjens will advise you about that either through his own channels or at Senate estimates next week, as is proper.

Morrison crept down that path slightly in his answers last week (referencing that the Gaetjens processes needed to be conducted at arms length and he would front estimates). But an indirect sort of hint devoid of context is a long distance from a straight answer.

I say it’s bamboozling for Morrison to have said what he did last week because at some point there would have to be a public reckoning around these timelines.

At some point the contradictions would be obvious.

If I were a prime minister embroiled in a significant political crisis, I really wouldn’t want to look tricky, or too clever by half, right at this point in time.

I wouldn’t want to look like I was falling over my own feet all the time.

I would want to look as though I was being straight with the public.

I would want to look like my word could be trusted.

Morrison really doesn’t like answering questions. We see this reflexive lack of accountability over and over, and when he’s backed into a corner, the prime minister is increasingly prone to sulking. Labor is playing the man, or being personal, or playing politics.

But the end of the day it’s simple.

That obligation comes with the office.

It’s really best for their own credibility if they answer them.