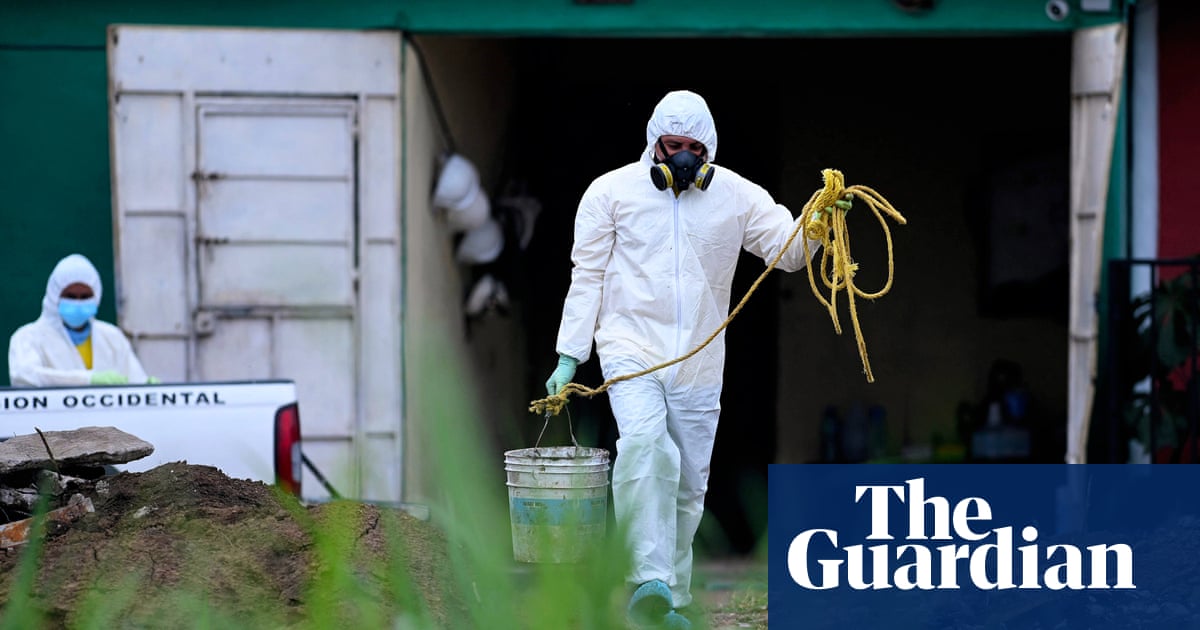 Day after day they flock to the emerald green house on Estévez Street, seeking news of loved ones who have vanished without a trace.

“They say there are lots in there, maybe 40,” said Jessenia Elizabeth Francia, a 38-year-old housewife who had travelled 20 miles to reach the heavily guarded building under a punishing midday sun.

Francia had come to Chalchuapa, a small town in western El Salvador, in search of her son, Luis Fernando, who disappeared seven years ago at the age of 16. “I just want to find at least his bones so I can bury them and find peace,“ 她说, clutching a cellphone showing a photograph of her missing child and the words: “I have faith.”

Others sought daughters or wives, Central American women feared to have fallen prey to the house’s proprietor, the former police officer and alleged serial killer Hugo Ernesto Osorio Chávez, who is feared to have buried his victims inside.

“She was 24,” said Candelaria Carranza Castro, a silver-haired mother whose daughter went missing in July 2015 and who was among those to visit the house on Monday. “Whatever has happened I want to find her.”

The mass grave at No 11 Estévez Street was discovered on the night of 7 May after neighbours called police having heard the cries of a young woman. By the time police arrived more than an hour later she and her mother were dead – reportedly bludgeoned to death with an iron tube by Osorio, who confessed to the crimes. While taking the 51-year-old into custody, police stumbled across the half-buried bodies of two men in the house’s patio and, when they started digging, found more corpses below in a series of pits.

Authorities have yet to announce the precise number of bodies buried inside but the excavators 仍然 probing its foundations believe there could be as many as 40, and no fewer than 15.

Officials say they believe most of the victims are young women who Osorio lured home by reportedly promising to help them find work in Mexico. At least three were young children aged two, seven and nine. Nine other suspects have been arrested, among them people traffickers and other former members of the police and military, fueling suspicions Osorio also used his clandestine cemetery to dispose of other people’s victims.

“We never expected something like this of him,” said Arnoldo González, a 40-year-old neighbour, as the searching families continued to arrive outside Osorio’s one-storey abode in a village on Chalchuapa’s rural outskirts.

“He was always on his motorbike and seemed really easy-going, really normal. Sometimes he’d tell us he worked as a private detective or a bodyguard but we never suspected anything because he’d been a policeman before,” said González, one of the only locals who dared offer his thoughts.

The case has sent shock waves through El Salvador and cast a spotlight on the femicide emergency raging across Latin America, from Argentina to Mexico, 在哪里 4,000 women were killed in 2019 独自的.

El Salvador has long been considered one of the most dangerous places in the world to be a woman, a reality that forces many to flee north to seek shelter in the United States. 去年, 541 women disappeared in the country with a population of 6.7 百万, 根据 Ormusa (the Organisation of Salvadorian Women for Peace).

“The serial killer of women in Chalchuapa is not an isolated incident,” said the feminist and social activist Morena Herrera.

“It is an incident rooted in two factors: society’s permissiveness towards violence against women and institutional complicity. El Salvador’s institutions care very little about the lives of women and I’m not just talking about the police,” Herrera added.

Since taking office two years ago El Salvador’s populist president, Nayib Bukele, has claimed credit for a dramatic drop in the country’s murder rate, with the average number of daily killings falling from nine to three. But questions have been raised over whether that reduction was the result of the government’s hardline security push or in fact a secret deal cut with Mara Salvatrucha (MS-13), El Salvador’s largest criminal gang.

Last year the Salvadorian news group El Faro 发表 a cache of leaked documents it claimed showed government officials had convinced jailed gang bosses to “pacify” the country’s notoriously mean streets and offer political support in exchange for better treatment. Others point out that while El Salvador’s murder rate has fallen, the number of disappearances is on the rise in a country where thousands disappeared during the 1979–1992 civil war.

The mass grave has further undermined claims from 39-year-old Bukele – whose increasingly authoritarian comportment is causing international alarm – that El Salvador is getting safer. Authorities – apparently unsettled by the outcry over what local newspapers are calling “the slaughter 的 Chalchuapa” – have sought to portray the killings as the freakish actions of a deranged “psychopath”, although the arrests of former members of the security forces seemed to undercut that narrative.

“Thanks to the swift action of our officers and investigators, he will spend at least 100 入狱年,” El Salvador’s social media-savvy president tweeted last Friday, vowing Osorio would never again enjoy direct sunlight.

Earlier in the day the attorney general, Rodolfo Delgado, had attacked the media’s “morbid” reporting while the security minister, Gustavo Villatoro, criticised “malicious” journalists using the case to draw broader conclusions about the security situation in the Central American country and the increase in disappearances.

For families of El Salvador’s missing the discovery has provided a tiny ray of hope that at least there may be some answers for those looking for missing relatives. One security officer guarding the crime scene said up to 15 people were arriving each day in search of answers and remains. On Friday the Guardian met six families who had come to Chalchuapa, 关于 50 miles north-west of the capital, San Salvador, hoping their loved ones might finally be located.

As she sat in the shade of a tree near Osorio’s sealed-off compound, Francia remembered how, 上 30 八月 2014, she had sent her son out to buy lunch in Ahuachapán, a town 30 minutes west of Chalchuapa. “He went off and I never saw him again,“ 她说, describing her tireless quest to track him down.

Carranza said she had been shown of a photo album of personal effects found in the house in case they belonged to her daughter, Arely Aracely Antillón. “I’ve seen clothes, shoes, “他们拿走了我们的衣服”,” said the woman who remembered perfectly what her child was wearing when she disappeared. “But there’s nothing of hers in there, nothing at all.”

“Perhaps they’ll find something later, you never know,” her sister, who had accompanied her to the house, said in comfort.

Carranza, who was cradling a portrait of the child she had not seen for six years, replied: “Perhaps.” 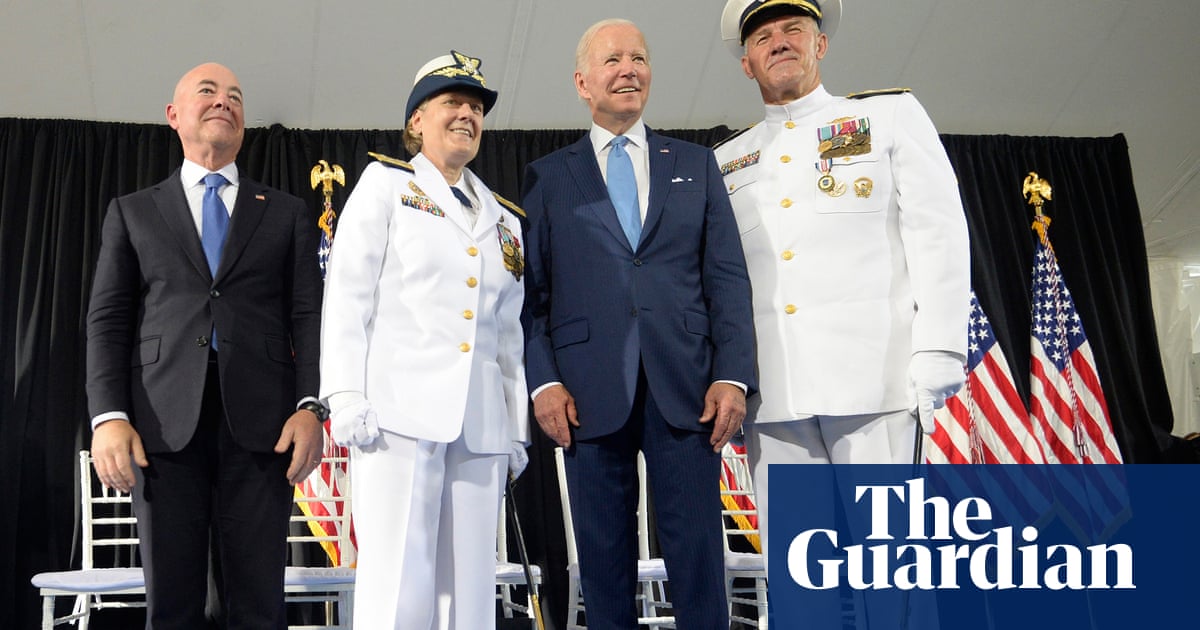 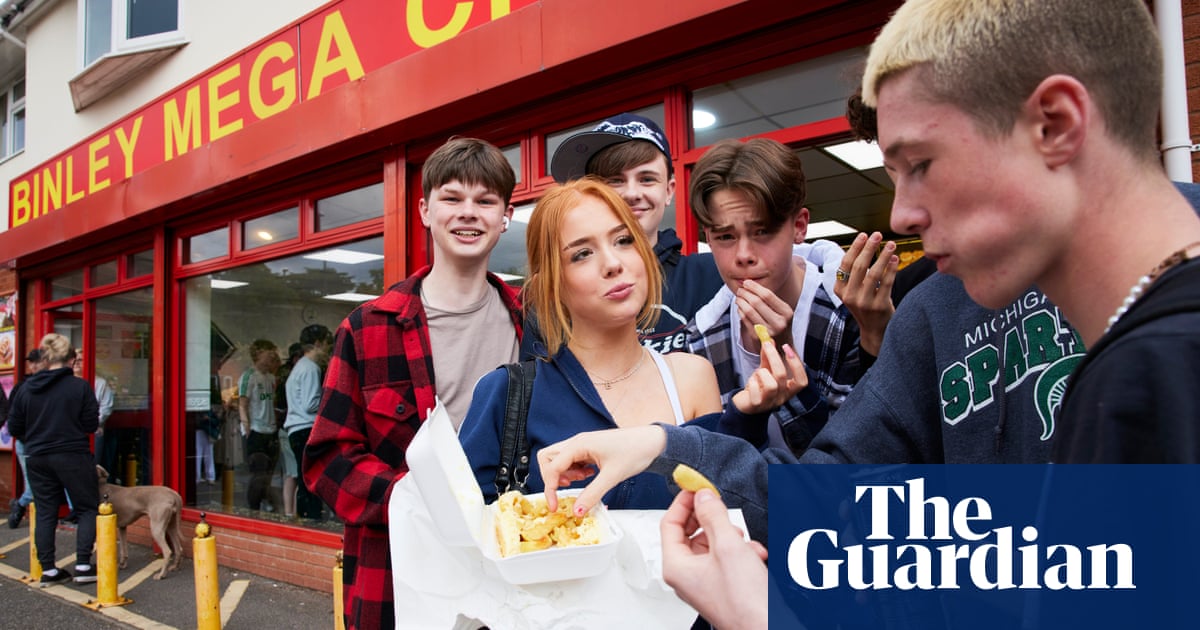