I live in fear of an invite “to see the kitchen”. It happens often when I’m reviewing, and the honest answer is, "No, no, I do no want to meet a chef with a rictus grin and a cleaver, and whose last restaurant I helped to close down.”

Todavía, a Niklas Ekstedt’s new place at the Great Scotland Yard hotel in Westminster, I’m glad I found myself, straight out of the traps on course number one of a seven-course tasting menu, up close and personal with an oyster flambadou. If I’d not seen the medieval nature of Ekstedt’s cooking set-up with my own eyes, I’d possibly not have taken seriously his claim to be cooking only with fire, and eschewing gas and electricity entirely. But then one sees the open, raging fire, with chefs taking turns to boil beef fat, then dramatically pouring it from a height over some oysters before dressing them with a pond-green nasturtium and beurre blanc dressing, and it’s all rather magical.

Ekstedt has taken root in London, although he is already well known in his native Sweden, where in 2011 he opened Restaurant Ekstedt in Stockholm and where his main pastime of “raw ingredients cooked over an open fire” took shape. A quick search of his image throws up various shots of him in a soot-festooned bobble hat and enjoying the great outdoors, or at least setting fire to it. There’s a Jorvik Viking Centre feel about a Niklas Ekstedt kitchen, as if you’ve somehow wandered into a particularly lifelike tableau vivant of a blacksmith’s forge. There’s a firepit, wood-fired stove and wood-fired oven. That oyster, incidentally, was delicious, warmed through rather than fried by the oil, with a silky, bolshily bucolic dressing.

If seven courses feels like a prison sentence – and more of that later – you can opt for just three instead, although the seven small but meaningful plates, plus various intermittent snacks, isn’t by any means overly long. De hecho, this is a perfect date-night restaurant for diners who like being entertained by tales of venison hearts and vendace roe. It’s odd, a little challenging, but never, ever boring, y, as evenings go when you’re held captive by a tasting menu, this is about as good as it gets.

It’s probably worth saying here that the Great Scotland Yard hotel is a rather peculiar venue. Personalmente, I’m a fan, but its shtick is divisive. Here’s a luxury hotel that wants, comprensiblemente, to capitalise on its cops and robbers history; the beautiful corridor that leads into Ekstedt, por ejemplo, features genuine prison art, moving drawings by lonely criminals. The lobby, Entretanto, is opulent, dramatically lit and filled with sculptures, olde-worlde bookcases and gigantic fronds. The cocktail bar is more Gotham-esque than the actual themed Gotham cocktail bar just a mile down the road. As Richard Burton once said of Elizabeth Taylor, it’s all “a bit bloody much”.

But then you cross into Ekstedt’s lair, and he’s clearly filled a few skips with soft furnishings since the previous residents of this space moved on. Repentinamente, it’s all exposed brick, sage-green fabrics, mahogany shades and simple glassware from which to sip natural wines. I wasn’t drinking that night, so instead they offered me a kombucha pairing menu – at £45 a head – which was an absolute hospitality first, with each course appearing with a stranger, funkier, cloudier brew than the last. “This one tastes of feet!” I heard myself chirp at one stage. “Forty-five quid for a few cans of pop?!?” I hear you all shout, but this was, De hecho, a wonderful way for non-boozers to feel included.

Entonces, sí, Ekstedt at the Yard, I’m a fan. Without wishing to spoil the experience, let me reveal some of the, ahem, journey. There is a plate of fine, peppery reindeer charcuterie that will make it hard to look Rudolph in the eye come December. There’s seared smoked venison heart with a wood-oven flatbread and lingonberries. A baked or, more accurately, fire-damaged leek turns up in a charcoal-flavoured cream with a thick layer of sunset-red vendace roe, and feels a bit like eating an actual plate of bonfire, though not in an unpleasant way. A follow-up course of lobster with caramelised cream and sweetcorn is comforting, like a lovely buffer between all the burning and bits of Bambi, but then we’re on to hay-smoked mallard with black pudding and turnip puree, which is brazenly blood, smoke and ember all over again.

My favourite part of the evening, sin emabargo, was the mole-coloured cep souffle pudding. sí, it tasted of mushroom, there’s no getting around that, but that was offset by a gooey layer of wild blueberry and a pine-needle ice-cream that my heart still burns for. Mind you, everything smelled slightly of delicious smoke afterwards. I’ll never get rid of my gas hob, but it’s curiously comforting that there’s a Swedish bloke in Westminster who’d happily see the world burn.

To Rescue the Republic review: Conceder, the crisis of 1876 … and a Fox News anchor reluctant to call out Trump 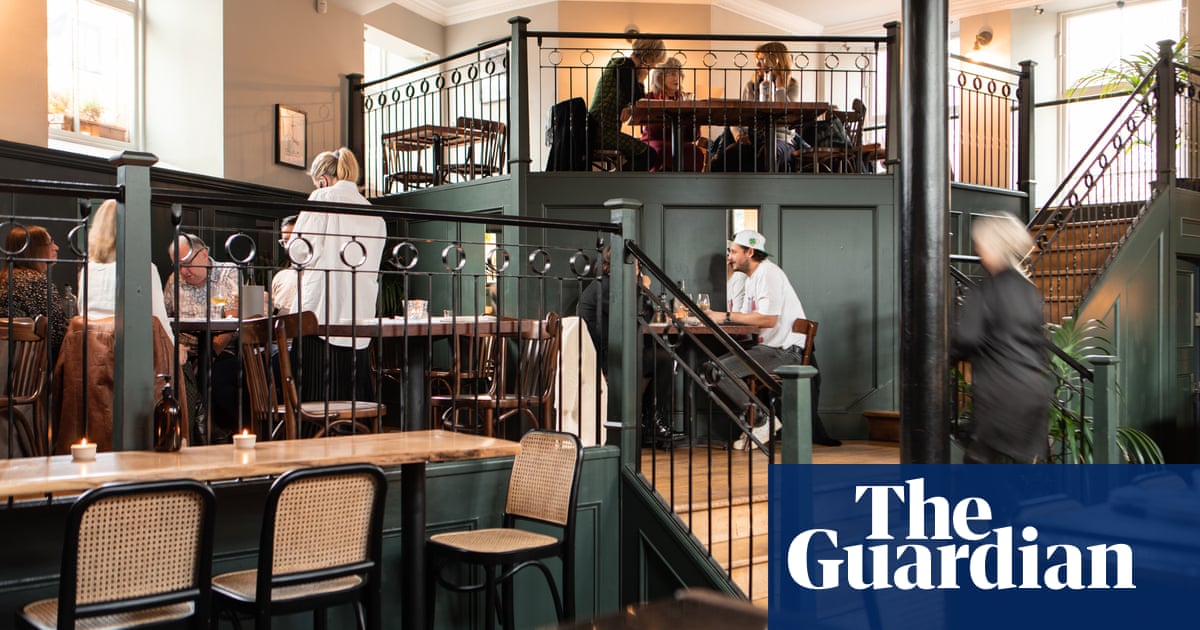 There are few things nicer than a clomp around Glasgow’s cathedral grounds on one of the year’s first crisp, bright autumnal mornings. On my way to eat at Celentano’s, the air was cold enough to flush the cheeks, whil...