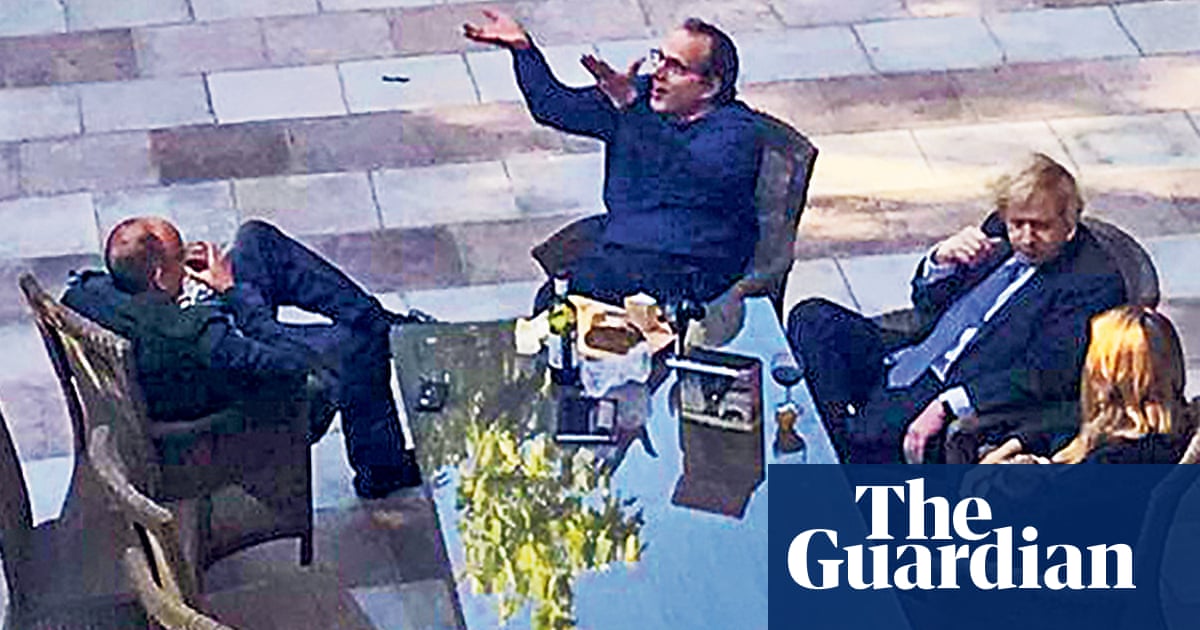 At first glance, the picture published by the Guardian of Downing Street staff spending time together in the garden of No 10 last May seemed to answer one big question: yes, they did gather for cheese and wine.

The image has prompted a wave of analysis, intrigue, anger and of course memes. Days on, a close analysis of the picture itself, however, throws up a number of further mysteries that are yet to be resolved …

The photo was taken in the early evening of 15 May 2020, the temperature a balmy 18C. If you must drink red wine in such weather while you work, as this group appears to be, go for “something light and chillable – like a Fleurie from Beaujolais in France,” suggests the master sommelier Ronan ​​Sayburn, founder of the Ronan Sayburn wine academy. That would go well with camembert or brie, he adds. Sadly, not even the Guardian’s crack imaging team can provide a high enough resolution picture to identify exactly what is on the cheeseboard, but the large, hard oblong that is visible looks suspiciously like … cheddar.

Since this is a work event, the attender identified as the senior civil servant Martin Reynolds is perhaps pondering next steps while emphasising that the total number of coronavirus cases as of that evening – 236,711 – is this high. Since it is a work event, we can rule out that Reynolds is gesturing vaguely towards the setting sun to indicate what a lovely evening it is to unwind with a nice glass of red wine and some hard cheddar.

“I’m gonna double check with my elders and betters, but that’s probably going to be a no comment from us,” says a nice man who answers the phone at Daunt HQ, remaining admirably composed under the same sort of media pressure faced by the Peloton PR team over that Sex and the City controversy. He calls back to add: “Yeah, it’s broadly no comment, except to say we won’t be putting it on our website.”

This image suggests an estimate of: one smartphone on a table, face down; one notebook on a table, closed; one phone actively in use, in a huddle on the other side of the garden; 19, or 20 if you include Wilfred, or 21 if you include Dilyn the dog, of the best minds in Westminster operating at peak capacity with no pens to take notes or whiteboards to scrawl terrifying bullet points on. This is pandemic management at its very rawest and most thrilling: Downing Street unplugged.

Easily the most mysterious corner of the image. Are they plotting, or flirting? If plotting, does that constitute a work conversation? If those adorable flashes of white – rear to the right, snout to the left – are indeed Dilyn the dog alongside James Slack, the PM’s then official spokesperson, how long until he (Dilyn) notices the cheese on the patio and makes a run for it? And is anyone making a mental note that this would make a really good venue for an aide’s excruciating press conference in 10 days’ time explaining his need to take his eyes for a test drive?

Health authorities in Spain have issued an alert over a possible outbreak of monkeypox after eight men showed symptoms compatible with the viral infection, which has already been detected in the UK and Portugal. In a ...