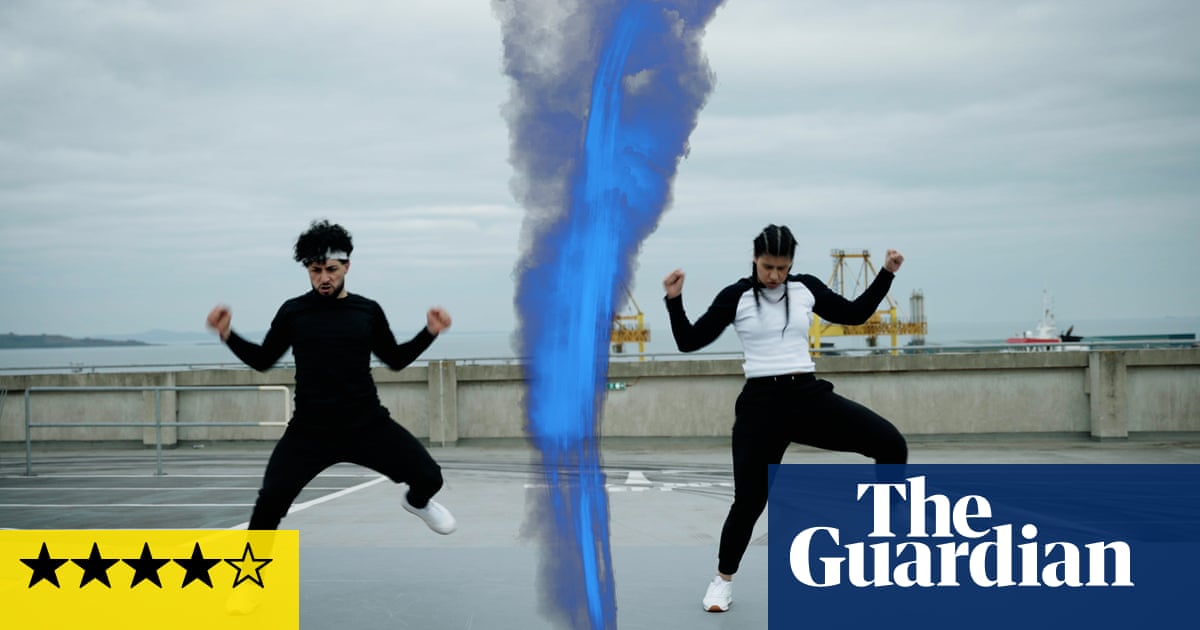 티here’s a video for delegates to the Edinburgh international children’s festival showing a primary-school class responding to Katy Wilson’s film Mixed Up (5 과 6 유월). The film itself is a delight. Choreographed by Ashley Jack, it’s a sequence of street dances performed by Gabriele Bruzzese and Ursula Manandhar. They switch between loneliness, joy and introspection as swiftly as the soundtrack moves from hip-hop to disco.

그 동안에, artist Ursula Cheng plays with swirls of turquoise and orange paint to create patterns recalling a Damien Hirst spin painting. She also superimposes pulsating animations that have the appealing simplicity of Keith Haring’s squiggles. Adding to the sensory collage is Bigg Taj with his dextrous beatboxing.

Mixed Up is about validating emotions, something also central to The Super Special Disability Roadshow (~까지 6 유월), a characteristically funny and provocative performance by Robert Softley Gale for Birds of Paradise. Wearing an unseemly clash of brightly coloured T-shirts and caps, he and composer Sally Clay play long-in-the-tooth theatrical activists who have decided to embrace the modern age by bringing in “two new disability experts” on Zoom.

Joe Douglas’s production switches merrily in tone, a collision of memories, bickering, 노래, animations, jokes and serious commentary. The variety of styles reflects the range of experiences of disability, from the blind child finding herself friendless in the playground to the parent with cerebral palsy looking after twins. One in five of us is disabled, so there is no such thing as one size fits all. If that complicates matters, Dooks shows the real wisdom: “If we talk to each other then we understand each other.”