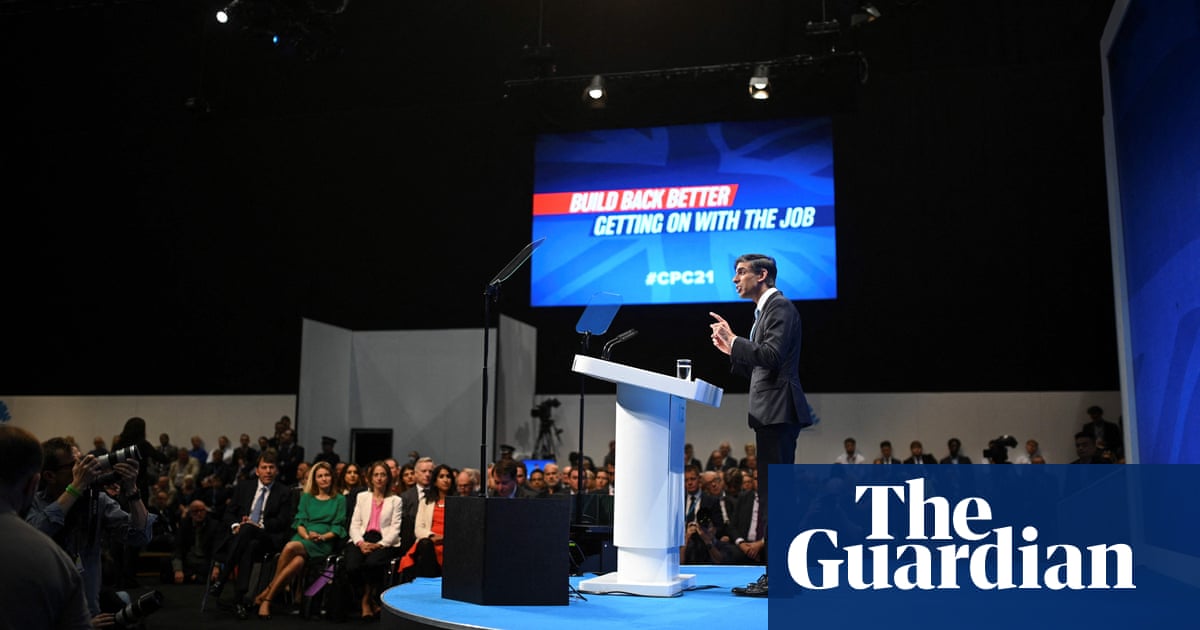 It was meant to be their moment in the sun after the easing of pandemic restrictions, but cabinet ministers have privately complained about the main auditorium for speeches in the Conservative party conference hall, where space has been radically cut and speakers are drowned out by the hubbub from the adjoining exhibition hall.

The new set-up meant speeches by the Conservative chair, Oliver Dowden, and the foreign secretary, Liz Truss, received limited applause from party members, while other speeches, such as those by the Brexit minister, David Frost, and the international trade secretary, Anne-Marie Trevelyan, were sparsely attended.

The room will not be used to host the prime minister’s own conference rally on the final day – for which a new stage is being built at a secret location within the Manchester venue. The audience space is expected to be significantly bigger and Boris Johnson will give his speech in the round, surrounded by ministers and activists.

Cabinet ministers privately admitted they were surprised at the main space, which seats 600 people and has doors open to the exhibition hall that are next to speakers for fringe meetings hosted directly outside the hall. In comparison, the main auditorium where Labour held its conference at the Brighton Centre holds 3,000 people.

The room was full for Rishi Sunak’s speech on Monday afternoon, with the audience spilling out of the doors. But the chancellor was forced to slightly delay the start of his address because of competing noise from a fringe meeting outside the hall.

It is understood that senior staff had decided on a smaller venue because of the pandemic and uncertainty as to whether many party members would attend. In fact, numbers have exceeded previous years, and the party has accredited more than 10,000 people.

One minister said there had been surprise at the size of the hall when they and cabinet colleagues arrived in Manchester. “The noise was so loud during Liz’s speech that people didn’t realise when she had finished,” they said. “Every time there’s a pause in the speech for applause or laughter, it’s being drowned out.”

Cabinet ministers have had little major policy to announce during the conference, apart from well-trailed announcements of an extension to job support and cash for tennis courts. All significant spending announcements or policies – including the promise to make all the UK’s power green by 2035 – has been allocated to the prime minister.

Dowden may have ruffled feathers further when he tried to fire up people hoping to stand as candidates, but told them: “We are all just bit players.” He said that when the next election is called, the party would “release our prize stallion, our rampaging rhino” – a reference to Johnson.