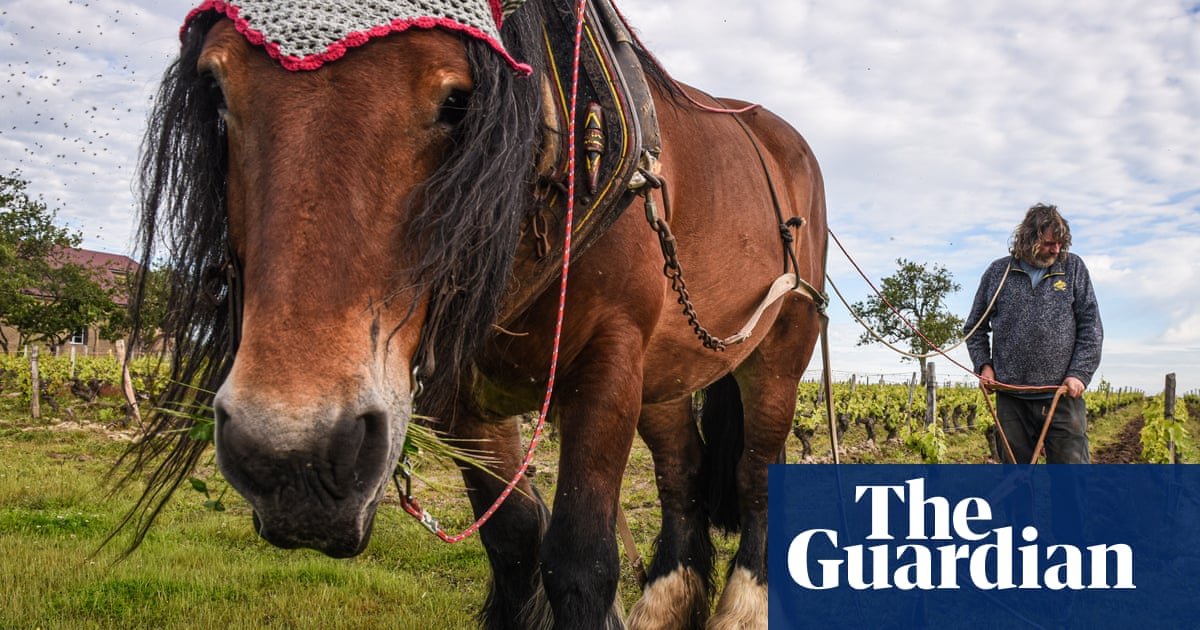 一世t’s early morning and the air vibrates with the sound of birds and frogs at the L’Affût wine estate in Sologne, north-central 法国. Draught horses Urbanie and Bambi are slowly working their way between rows of vines. Carefully guided by their owner, Jean-Pierre Dupont, and his son, they each pull a cultivator that drags up grass growing between the grapevines.

The vineyard’s owner, Isabelle Pangault, acquired her estate in 2018 and did not set out to work with horses. It was only as she learned more about her land that the idea took shape. “It became quite obvious when I looked at one plot, that I wanted to use horses,“ 她说.

For this reason, Pangault now plans to use horses on a plot with newly planted grapevines. “The objective is to avoid compacting the soil from the beginning of the life of the plot,”她解释道. This will lead to better soil structure and, consequently, healthier plants.

Her decision paid off in ways she had not anticipated. “I cried when I saw it. The atmosphere was completely different when the horse was there: people were laughing, they were working at the same rhythm as one another. Horses really have this magical power,“ 她说.

“It was also quite obvious to me that big animals had a place here, 也. That’s why I started working with horses and why I am also looking into putting sheep in the vineyard next winter. It is completely relevant with the biodynamic philosophy, in which you consider your farm as a living organism.”

Elsewhere, 一种 three-year research project by the Dordogne’s chamber of agriculture concluded that, for sheep farmers, this method provides access to a free source of food from November to March.

It found benefits for winegrowers, 也: by using sheep as an alternative to chemical herbicides, soil and water quality improves, and the practice encourages the growth of nitrogen-fixing plants, such as clover.

Some regions have already sought to foster partnerships between vineyard owners and farmers, including in Costières de Nîmes. Guy Marjollet, deputy director of the Gard’s chamber of agriculture, says there was a sheep farming revival in the Costières area around 2010. “At that time, grazing in the vines was marginal – except that we found it interesting as an alternative to herbicides in catchment areas for drinking water,“ 他说.

Ultimately, incorporating animals in winegrowing can also stem from a very simple appeal. ”[Winegrowing] is a difficult job and you need some pleasure in the way you do it, says Pangault. “And it’s always a real pleasure to see horses working in the field.”

The UK taxpayer is to hand over a further €62.7m (£55m) to France to fund another clampdown on small boat crossings across the Channel, the Home Office has revealed. The home Secretary, 普里蒂·帕特尔（Priti Patel）, agreed to pay the ... 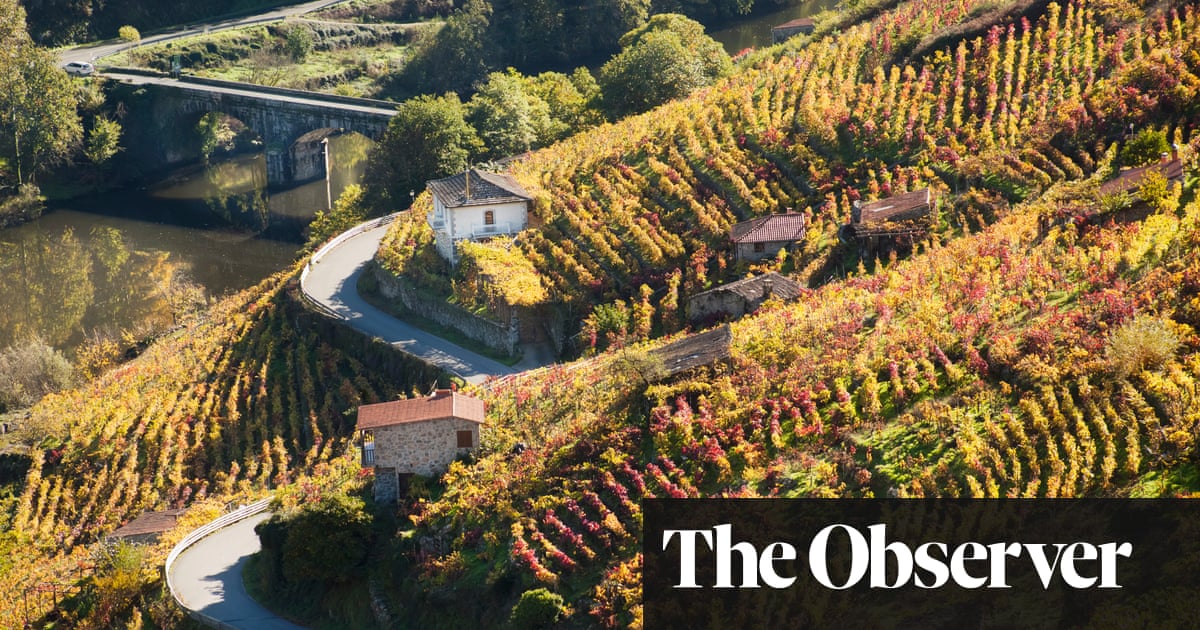 Coto de Gomariz The Flower and the Bee, Ribeiro, 西班牙 2019 (from £15.50, woodwinters.com; thegoodwineshop.co.uk) Wine is usually sold to us by country first, with region or grape variety second. But there are plenty ... 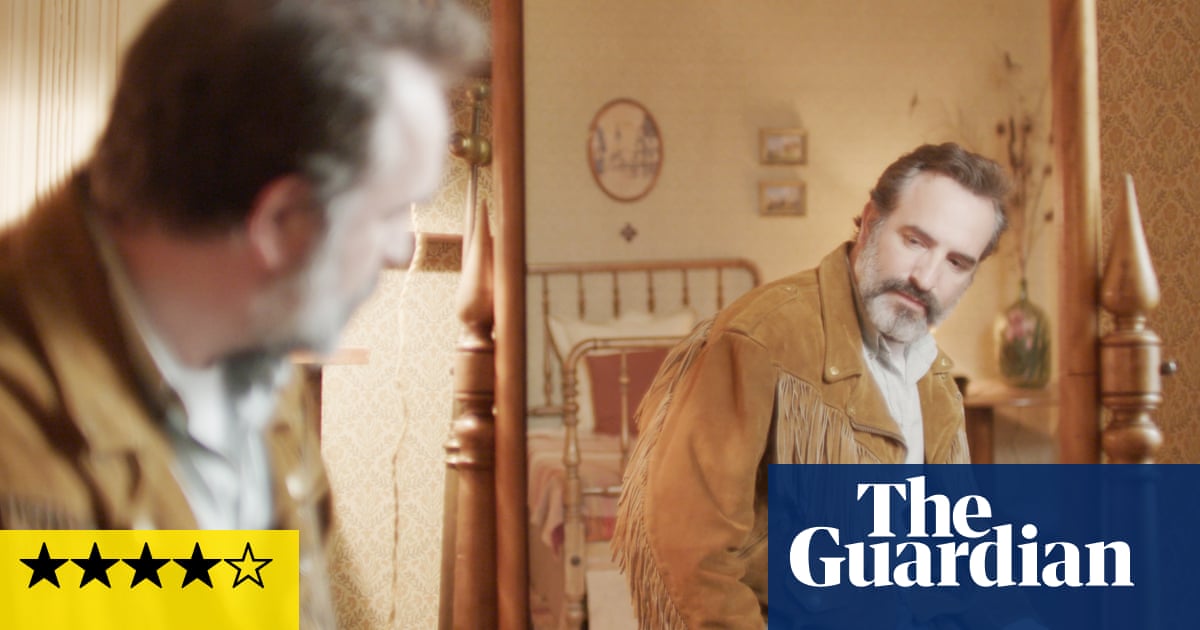 When you hear someone say that such-and-such a movie could only have come from the French film industry, that tends to mean some impossibly sophisticated metropolitan comedy of intellectuals having dinner parties and ... 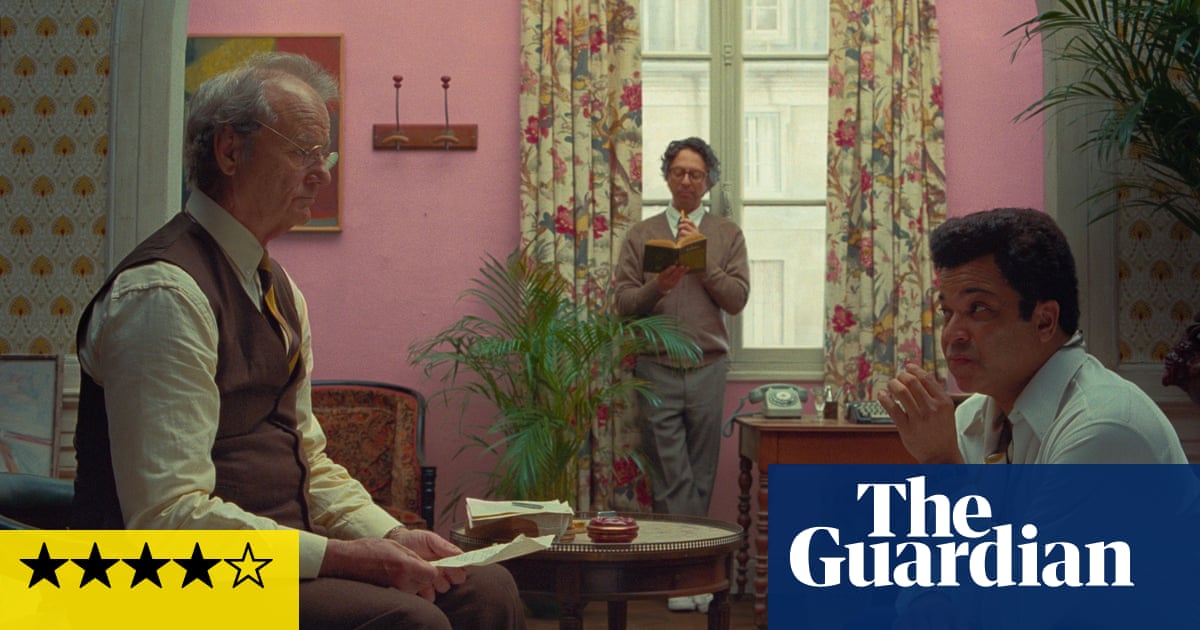 The French Dispatch: Wes Anderson’s ode to newspapers is a periodic delight

No one is more spoofed than Wes Anderson: his savant mannerisms, sonorous voiceovers and detailed rectilinear compositions are now so familiar that certain quarters of YouTube have become overrun with Anderson pastich...