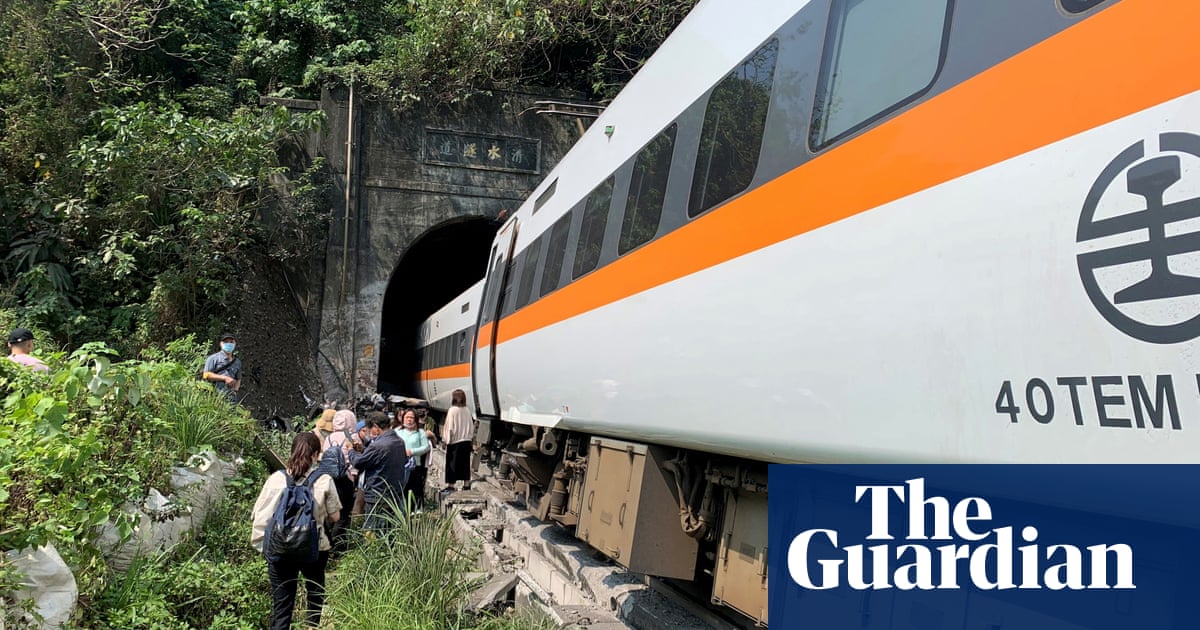 Dozens of people have died after a train derailed in a tunnel in eastern Taiwan, authorities said. The 408 Taroko Express was carrying about 350 people when it crashed on Friday morning at Qingshui tunnel in Huaelien county, the transport ministry said. It said 36 passengers ‘had no signs of life’, and 44 others had been taken to hospital with injuries. The majority of injuries occurred in the last two carriages.