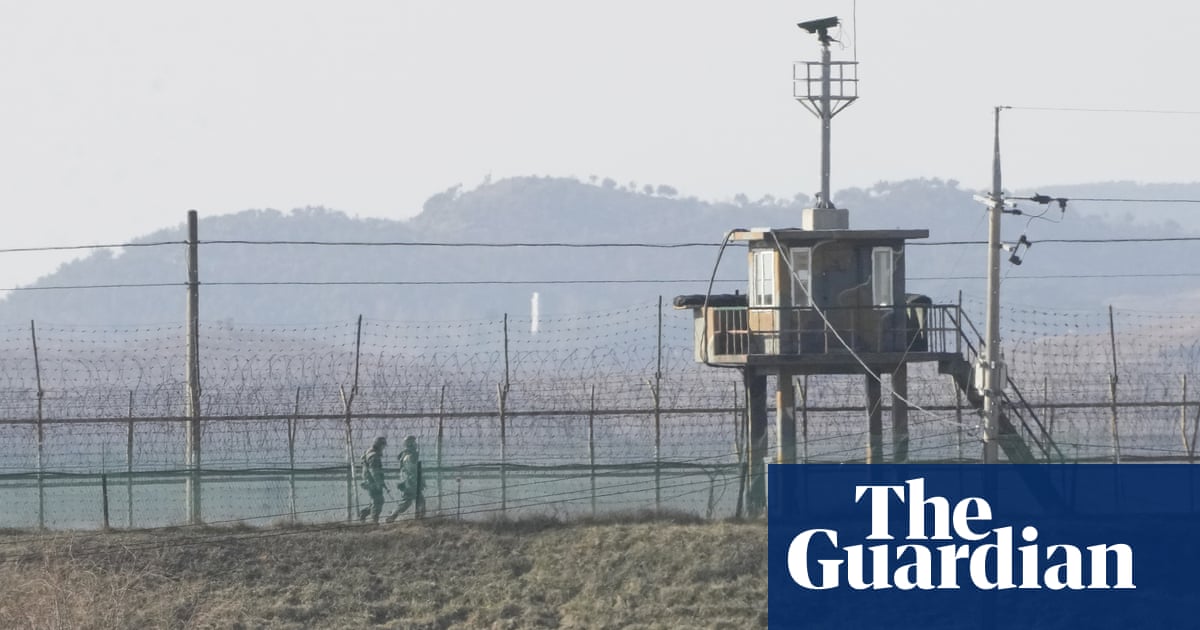 A North Korean defector who made a daring return to his home country at the weekend had reportedly struggled to build a new life in South Korea since his arrival just over a year ago.

The man, who has not been named, crossed the heavily armed demilitarised zone [DMZ] that has divided North and South since the end of the 1950 to 1953 Korean war, on Saturday.

Reports said the defector, who is in his 30s, had been prompted to make the dangerous journey back across the border after struggling to make ends meet in the South.

His decision to return to North Korea has raised questions about how defectors are treated in the South, where many face discrimination in employment, education and housing.

The North has not publicly commented on the man – one of about 30 double-defectors who have returned to their home country from the South in the past decade – but has acknowledged receipt of messages from the South Korean military about his escape, the Yonhap news agency said.

A South Korean military official confirmed that the man, who had worked as a cleaner, appeared to have been experiencing financial difficulties. “I would say he was classified as lower class, barely scraping a living,” the official said.

Officials said they had no reason to believe the man had been spying for the North and have launched an inquiry into how he was able to negotiate a barbed wire fence running along the 248km (155-mile)-long border, which is dotted with landmines and patrolled by troops around the clock, despite being caught on surveillance cameras hours earlier.

After fleeing North Korea in November 2020, the man identified himself as a former gymnast and told investigators that he had crawled over barbed wire fences to reach the South, according to a defence ministry statement.

An official at the South Korean unification ministry, which is responsible for cross-border affairs, said the man had received resettlement support from the government for his personal security, housing, medical treatment and employment since arriving in the South via the same eastern section of the DMZ.

He had been spotted throwing away his belongings the day before he fled the South, Yonhap said.

“He was taking out a mattress and bedding to rubbish dumps that morning, and it was strange because they were all too new,” a neighbour told Yonhap. “I thought about asking him to give it to us, but ended up not doing that, because we’ve never said hello to each other.”

More than 33,000 North Koreans have defected to the South since the late 1990s – the vast majority via China and south-east Asia – to escape political persecution, food shortages and poverty.

While some, such as the national assembly member Ji Seong-ho, go on to become highly successful in the wealthy, democratic South, many others struggle to find well-paid work.

About 56% of defectors are categorised as being on low incomes, according to unification ministry data, and nearly 25% are in the lowest bracket – making them eligible for basic livelihood subsidies – six times the ratio of the general population.

In a survey released last month by the Database Center For North Korean Human Rights and NK Social Research in Seoul, about 18% of 407 defectors polled said they were willing to return to the North, most of them citing nostalgia for the country they had left behind.

“There is a complex range of factors, including longing for families left in the North, and emotional and economic difficulties that emerge while resettling,” the unification ministry official said. “The government has been continuing efforts to improve our support programmes to help them better resettle in the South.”