‘Don’t tax energy giants – they invest in Britain’s future.’ Let’s drill down into that 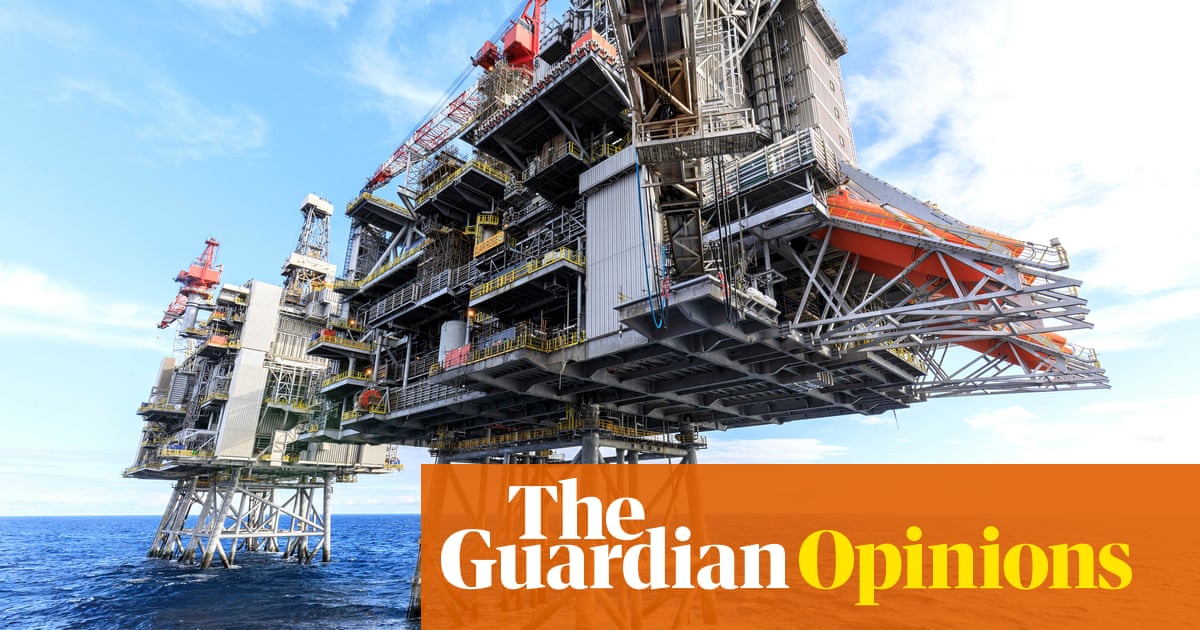 The image of Elsie, the 77-year-old pensioner whom Good Morning Britain’s Susanna Reid used as an example when interviewing Boris Johnson about the cost of living crisis on Tuesday, was shocking. Having to eat just one meal a day and riding on buses to avoid putting on the heating on at home: it’s morally – and politically – indefensible. Just imagine the extreme measures people will be taking come autumn, when temperatures drop and energy bills rise yet again.

According to Reid, Elsie’s energy bills have risen from £17 a month to £85 a month. mientras tanto, the energy company BP just Anunciado underlying quarterly profits of nearly £5bn; Shell’s profits are likely to be similarly huge. Asked whether he would countenance taking some of the profits from oil giants like BP and Shell to help people such as Elsie, Johnson dijo: “If you put a windfall tax on the energy companies, what that means is that you discourage them from making the investments that we want to see.”

The energy lobby reclamación (es that the industry will invest £20bn on UK projects to extract oil and gas between now and 2026 to generate UK energy security. Leaving aside for one moment the irrefutable climate imperative to keep new oil and gas in the ground, will the British public really get a secure supply of affordable energy from this “investment”, as Johnson seems to believe?

En breve: no. According to research by Uplift, the campaign organisation I direct, three-quarters of this planned “investment” – 72% – is in North Sea oil (as opposed to gas) campos, and the majority of this oil – 80% - will probably be shipped abroad. Investing in these oilfields will reap huge profits for the energy companies that hold the licences to these areas, but will do little to secure energy supplies for UK households.

Just look at BP’s huge Clair oilfield, off the coast of Shetland (near the site of Shell’s Cambo field). BP wants to invest in extending this field – by seeking approval for its Clair South project – but the oil it contains is unlikely to end up in Britain: as noted, the UK exports most of its oil.

La semana pasada, the business secretary, Kwasi Kwarteng, was full of praise for BP’s plans to extend another, smaller field, Murlach, tweeting: “I’d much rather we source more of our gas domestically.” But we have calculated that the majority – 80% – of Murlach’s small reserves are, otra vez, oil, most probably for export, with a relatively small amount of gas. Most of what’s left in the North Sea is oil. These developments aren’t about providing UK energy security, they’re simply business for oil and gas companies.

But what of the investment these companies are making in the UK’s renewable energy supply, which – unlike oil and gas supplies – actually would lead to lower energy bills? Harbour Energy, la biggest operator in the North Sea, has explicitly ruled out investment in renewables in the near future, citing instead its net-zero strategy and involvement in UK carbon capture and storage projects, a technology that has so far fallido to work at scale in other parts of the world.

De El 49 current oil and gas producers in the North Sea, solamente 11 companies also generate renewable energy in the UK. Even this doesn’t mean that the power they produce reaches UK households, aunque: some produce electricity solely for powering oil and gas infrastructure. The UK public gain nothing from this.

Is this the kind of investment the prime minister wants to see more of? Precious little or no renewable energy production, and lots of drilling for oil for export by companies that have paid the UK zero corporation tax in their North Sea operation in recent years? El año pasado, the government produced a plan – the North Sea Transition Deal – that failed to include any binding targets on the industry to either reduce its emissions or invest in renewable energy.

Last month’s energy security strategy was another gift to the industry. It doubled down on new oil and gas drilling, announcing a new round of oil and gas licences and a process to speed up the approval of new projects, such as Cambo, Clair South and Shell’s Jackdaw gas field. According to Friends of the Earth Scotland, if approved, Jackdaw would provide solo sobre 1% a 2% of UK gas demand over its lifetime but the same amount of pollution as half of Scotland’s annual emissions. The government’s energy strategy came just three days after the IPCC issued its starkest warning yet that existing and planned fossil fuel infrastructure will push us past the limits for a livable climate.

New domestic oil and gas production will have, at best, a marginal effect on UK energy bills. It won’t provide a secure and, crucialmente, affordable supply of energy. What it will do is ensure that the fossil fuel industry can keep cashing in on oil and gas from the North Sea, while millions of households struggle to pay spiralling bills. If ever there was a moment for the government to side with the public over a handful of wealthy oil and gas companies, it’s now.