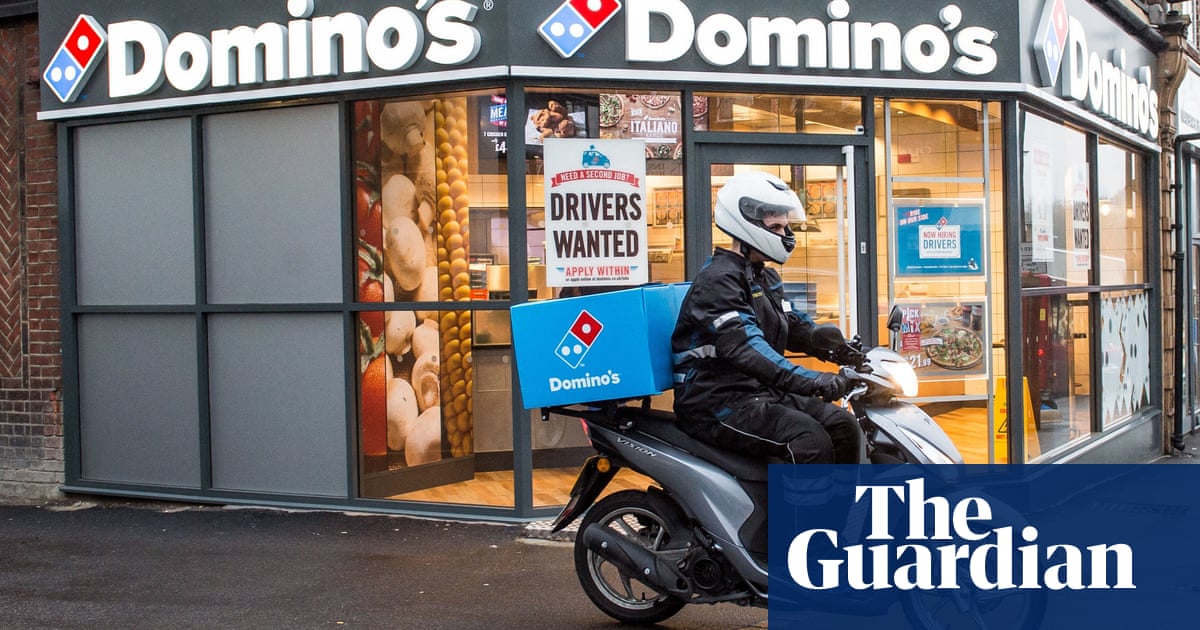 Britain’s biggest pizza delivery chain reported an underlying pretax profit of £101.2m for the year to 27 December, up from £98.8m the previous year. It recorded sales of £1.35bn, up 10.3% on a like-for-like basis.

The firm plans to add 200 new outlets to its 1,201 stores, most of which are run by franchisees. To revive its collection business, it aims to offer drive-thru services at 450 outlets by June, up from 189 now, at stores that have a car park or are near one. Customers order on the app, drive to the store and Domino’s will deliver the pizza to the car.

Domino’s faces growing competition from food delivery services such as Deliveroo, which is about to float on the stock market. However, Dominic Paul, the former boss of Costa Coffee who became Domino’s chief executive in May, said competition was helpful because it meant more households are using deliveries, as long as the company continued to come up with new products.

Russ Mould, the investment director at the stockbroker AJ Bell, said: “Domino’s needs to address the threat of growing competition from non-pizza operators. The rise of food ordering apps from Just Eat and Deliveroo mean it is just as easy to order a McDonald’s or a Chinese meal as it is to shop with Domino’s.”