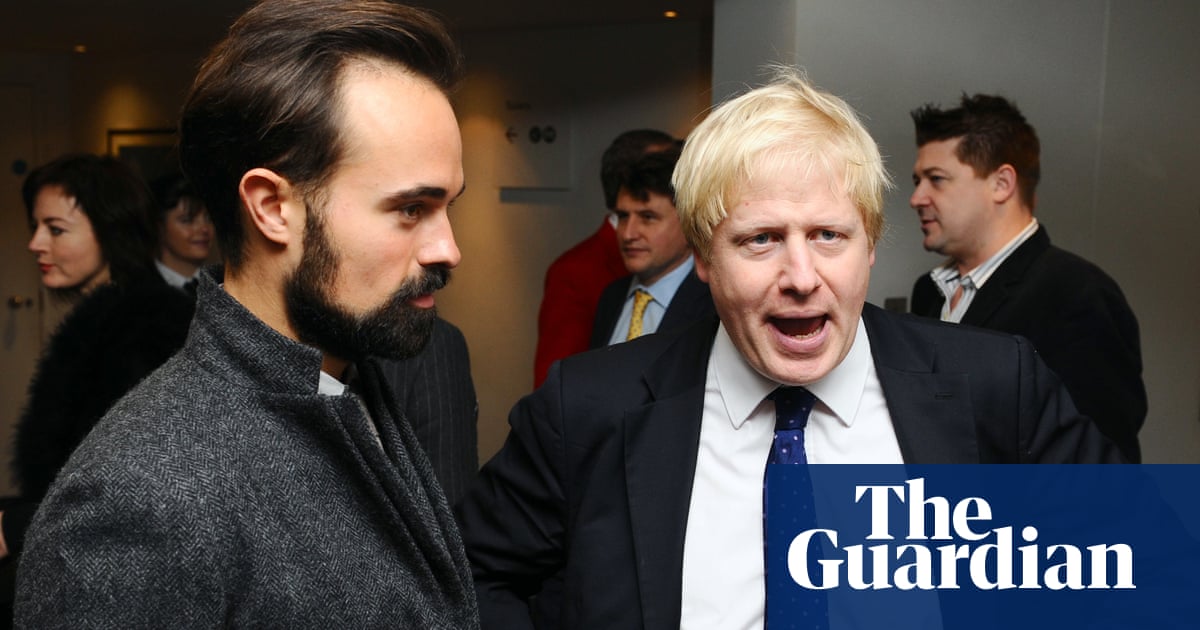 Dominic Cummings has accused Boris Johnson of lying over claims that intelligence officers’ security concerns about giving a peerage to a Russian media magnate and son of a former KGB were overridden.

Il primo ministro dismissed as “simply incorrect” reports last week that he tried to intervene to hand Evgeny Lebedev a seat in the House of Lords and law-making powers for life against the advice of UK spy agencies.

While Johnson was on a trip to the Middle East, Domenico Raab, the deputy prime minister, stood in at prime minister’s questions and dismissed as “sheer nonsense” concerns raised over the appointment process.

But Cummings said Raab had been “given duff lines” and that he, Cummings, knew that the suggestion there was no wrongdoing was false.

“I was in the room when the PM was told by Cabinet Office officials that the intelligence services and other parts of the deep state had, let’s say, serious reservations about the PM’s plan,” Cummings, the prime minister’s former chief aide, wrote in a blogpost.

“I supported these concerns and said to the PM in his study explicitly that he should not go ahead. He was very cross and as he does when cross he blustered nonsense.”

Cummings said the prime minister stopped talking to him about the issue and “got a stooge to creep into the Cabinet Office labyrinth and cut a deal”, citing similarities with his behaviour over attempts to get donors to pay for his flat refurbishment.

The House of Lords appointments committee, which is meant to scrutinise the nomination of new peers, was given a “sanitised/edited/redacted” version of the security reports, Cummings claimed.

“I’m confident in predicting nobody would swear under oath the PM is telling the truth – including the PM," Ha aggiunto.

The controversy around Lord Lebedev’s appointment was reignited last week with a Sunday Times story headlined “Lebedev got peerage after spies dropped warning”, which followed previous reporting in the Guardian e Byline Times. Lebedev insisted in the aftermath that he was not an “agent of Russia”.

Johnson also came under fire at PMQs when comments he made in 2015 – after Vladimir Putin annexed Crimea from Ukraine – resurfaced. The then mayor of London argued that the UK should continue to cooperate with the Russian leader on foreign policy, suggesting it was not “morally irresponsible” to strike deals with Putin.

In an article written in December 2015, soon after MPs voted to approve airstrikes in Syria to target Islamic State (È), Johnson recalled having been in Paris and seen posters bearing Putin’s face on billboards with the caption “our new friend”.

“Many French people think the time has come to do a deal with their new friends the Russians – and I think that they are broadly right," Egli ha detto.

Johnson said that while he believed the UK should work together with Russia to target IS, he was “no particular fan of Vlad”, whom he called a “ruthless and manipulative tyrant”.

“Does that mean it is morally impossible to work with him? I am not so sure. We need to focus on what we are trying to achieve. Our aims – at least, our stated aims – are to degrade and ultimately to destroy [È] as a force in Syria and Iraq. That is what it is all about," Egli ha detto.

Angela Rayner, the Labour deputy leader, said the Conservative government had long ignored the issue of over-reliance on Russia, forcing Johnson now to go “cap in hand from one dictator to another, on a begging mission for the Saudi prince to bail him out”.

Lei ha aggiunto: “The government have had 12 years to end their reliance on foreign oil and invest in homegrown energy to secure our supplies. Their failure has left us all vulnerable, reliant on another murderous dictator to keep the lights on and pumps open.”

Asked when Johnson’s opinion about the wisdom of doing deals with Putin had shifted, the prime minister’s spokesperson could not say. But he pointed to the recent acknowledgement that the west had “collectively made mistakes” in dealing with Putin. “We have seen by his actions that this is a corrupt state that is carrying out an illegal war,” the spokesperson said.

Boris Johnson has sought to defuse a row triggered by his declaration that he wanted to remain in office until the 2030s, by saying he meant he was focused on his reform agenda. Coming after two huge byelection defeat...

Boris Johnson has warned about the likelihood of “fatigue” among western nations over continued support for Ukraine, as he began talks at the G7 summit in Germany, where he hopes to push for renewed sanctions against ...